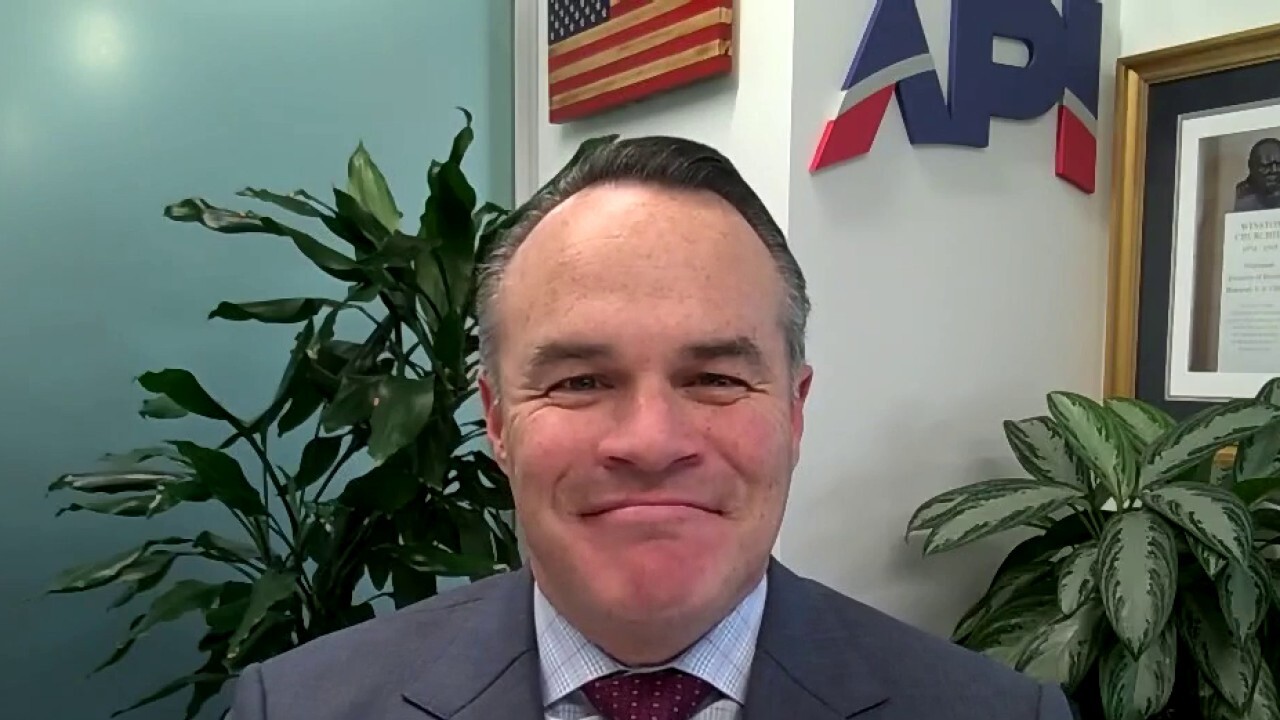 House Republicans were alarmed after a Biden administration official floated a ban on crude oil exports.

Reps. Roger Williams and August Pfluger of Texas led a letter with 61 of their House GOP colleagues to Secretaries Jennifer Granholm and Gina Raimondo.

"President Biden’s war on American energy continues with his Administration’s latest discussions to reinstate the export ban on crude oil, which was repealed in 2015 on a bipartisan vote," Williams said in his official statement.

OILS’ BEAR MARKET MAY BE A SHORT ONE

US Representative Roger Williams, Republican of Texas, is alarmed by the Biden administration's consideration of a ban on exporting crude oil. (SAUL LOEB/AFP via Getty Images)

"From canceling the Keystone XL pipeline to halting new oil and gas leases on federal lands, no Administration has ever gone to such drastic lengths to destroy good paying jobs and make the United States more reliant on foreign energy," he continued. "With every step the Biden Administration further caves to the far left of his party, stopping at nothing that will impede his goal to force a Socialist Green New Deal on the American people."

Pfluger said in his statement that banning "crude oil exports from the U.S. would be a catastrophic mistake that will harm the livelihoods of blue collar workers in the Permian Basin and result in higher prices for international crude" and warned that doing so would give "OPEC and Russia more profits."

"Even more, an export ban will lead to even higher costs for American families down the line. U.S. energy policy should put Midland over Moscow," Pfluger continued. "The Biden Administration should be encouraging, not crippling, American energy production."

The members of Congress expressed their extreme concerns over Secretary Granholm keeping a crude oil export ban on the table amid Deputy Energy Secretary David Turk’s comments on Wednesday reaffirming the administration’s consideration of the plan.

Energy Secretary Jennifer Granholm speaks during a press briefing at the White House, Tuesday, May 11, 2021, in Washington. (AP Photo/Evan Vucci)

"The decision to reinstate an export moratorium would cripple the growth of this critical industry, as it continues to recover from the COVID-19 pandemic and do nothing to alleviate the pain American consumers are feeling as a result of this administration’s failed energy policies," the letter reads.

"Reimposing an export ban would make us less competitive on the world stage and shift good paying, blue collar jobs overseas," it continued.

Pfluger's staff also told Fox News Digital that the congressman plans to introduce a bill next week that would require approval from both the House and Senate in order to implement a crude oil export ban.