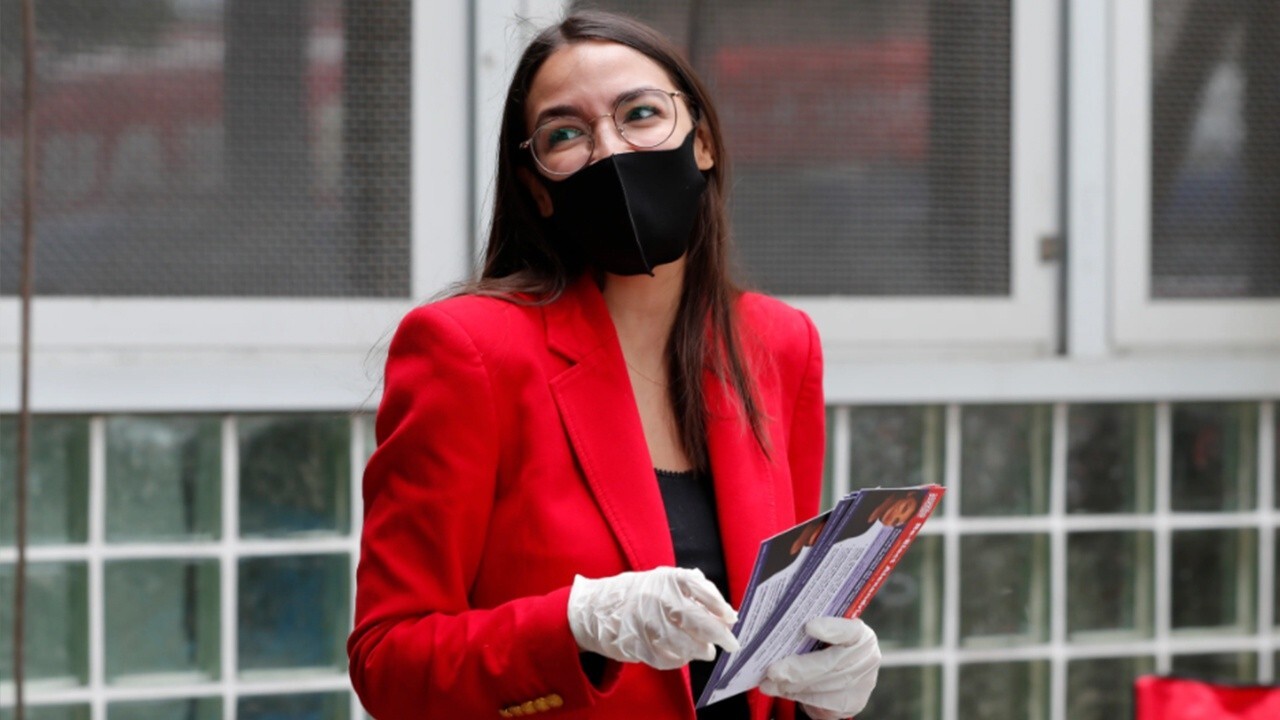 AOC’s leadership is only on social media: Sen. Blackburn

Rep. Alexandria Ocasio-Cortez and Rep. Kathleen Rice were the only New York Democrats that didn’t sign a letter to House leadership promising to vote against President Biden’s tax increases if they don’t include a repeal of the cap State and Local Tax (SALT) deductions.

Biden has proposed raising corporate taxes and income tax on those making over $400,000 to pay for his $2.25 trillion spending bill, the American Jobs Plan.

Seventeen of 19 Democrats from the New York delegation wrote to House Speaker Nancy Pelosi, D-Calif., and House Majority Whip Steny Hoyer, promising they would stand in the way of tax increases if they did not include repealing the $10,000 SALT deduction cap, which became law under the Trump administration.

"The full SALT deduction is a matter of fundamental fairness in avoiding double taxation of the same income and was a fundamental part of the income tax system since its inception in 1913," the New Yorkers wrote.

Eliminating the SALT deduction cap would require Democrats to vote for a policy that disproportionately benefits wealthy Americans living in blue states. Progressives have argued against rolling back the deduction cap, which would cost tens of billions per year.

The SALT deduction from the federal government allows taxpayers to reduce their federal tax liability based on their local and state tax payments. The 2017 Tax Cuts and Jobs Act capped these deductions at $10,000.

Pelosi earlier this month said she hopes to restore the unlimited SALT deduction in the broader package. "Hopefully we can get it into the bill," Pelosi said during a Thursday news conference. "I never give up hope for something like that."