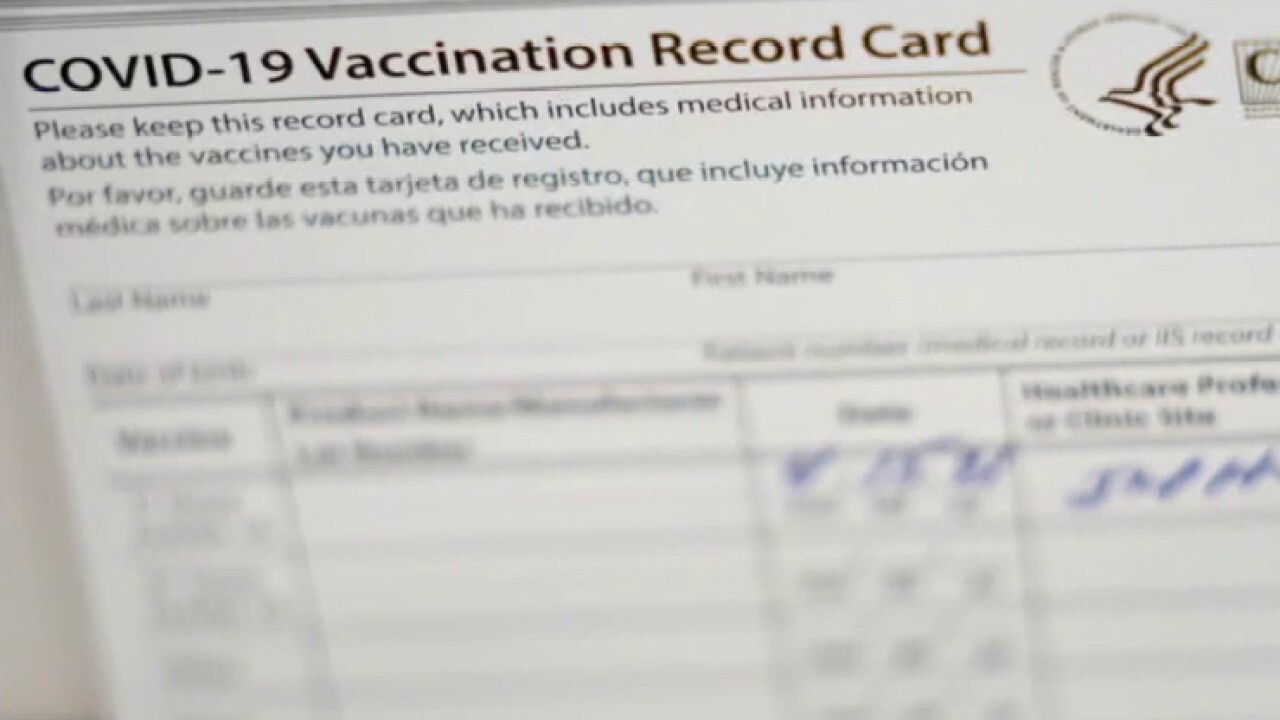 White House Press Secretary Jen Psaki said Wednesday that the Biden administration will not mandate vaccine passports, but it will encourage private businesses to use them as they see fit.

"That's not currently the role of the federal government," Psaki told reporters aboard Air Force One. "There are a number of private sector entities, universities, institutions that are starting to mandate, and that’s an innovative step that they will take and they should take. That’s not — and we’re not taking issue with that."

Some prominent institutions have implemented mandates as vaccines have become available to more Americans 12 and older over the past couple of months.

The University of California system, which has 280,000 students and 227,000 staff members across 10 campuses, announced on June 15 that it is mandating a vaccine for anyone who wants to come back to campus in the fall.

Royal Caribbean, which just restarted cruises after a 15-month hiatus, has mandated that passengers from some states show proof of vaccination upon boarding.

Transportation Secretary Pete Buttigieg and other Biden administration officials have echoed Psaki's position, saying that private businesses should be free to use vaccine passports and other mandates if they want to.

"If a company, a business wants to take steps to keep their workers and their passengers safe, I would think that, from a government perspective, we want to do everything we can to encourage that," Buttigieg told KDFW FOX 4 in Dallas when asked about vaccine passports last month. "And that’s certainly our view at the federal level."

Liesl Eibschutz, a medical student from Dartmouth University, loads a syringe with Pfizer COVID-19 vaccine before giving it to people on the first day that people ages 16 and up can receive the vaccine at Kedren Health on Thursday, April 15, 2021 in

Still, some states have taken a hard line against vaccine passports.

Florida Gov. Ron DeSantis banned not only state-mandated vaccine passports, but also private companies from using them, saying in May that "your personal choice regarding vaccinations will be protected and no business or government entity will be able to deny you services based on your decision."

Multiple other states, including Texas, Georgia, Arizona, Alabama and Idaho, have banned vaccine passports in some form.

The Biden administration fell short of the 70% nationwide vaccination goal it set for July 4, as just 67% of Americans had been vaccinated.

Psaki announced Tuesday that the administration is starting a "targeted, community-by-community, door-to-door outreach to get remaining Americans vaccinated by ensuring they have the information they need on how both safe and accessible the vaccine is."

"What we’re doing is local officials are going to areas where there are lower vaccination rates and providing information on where people can get access to a vaccine, where they can go, that it’s free, that they can take time off of work," Psaki said about the plan on Wednesday. "It’s up to individuals to decide whether they want to get vaccinated or not."