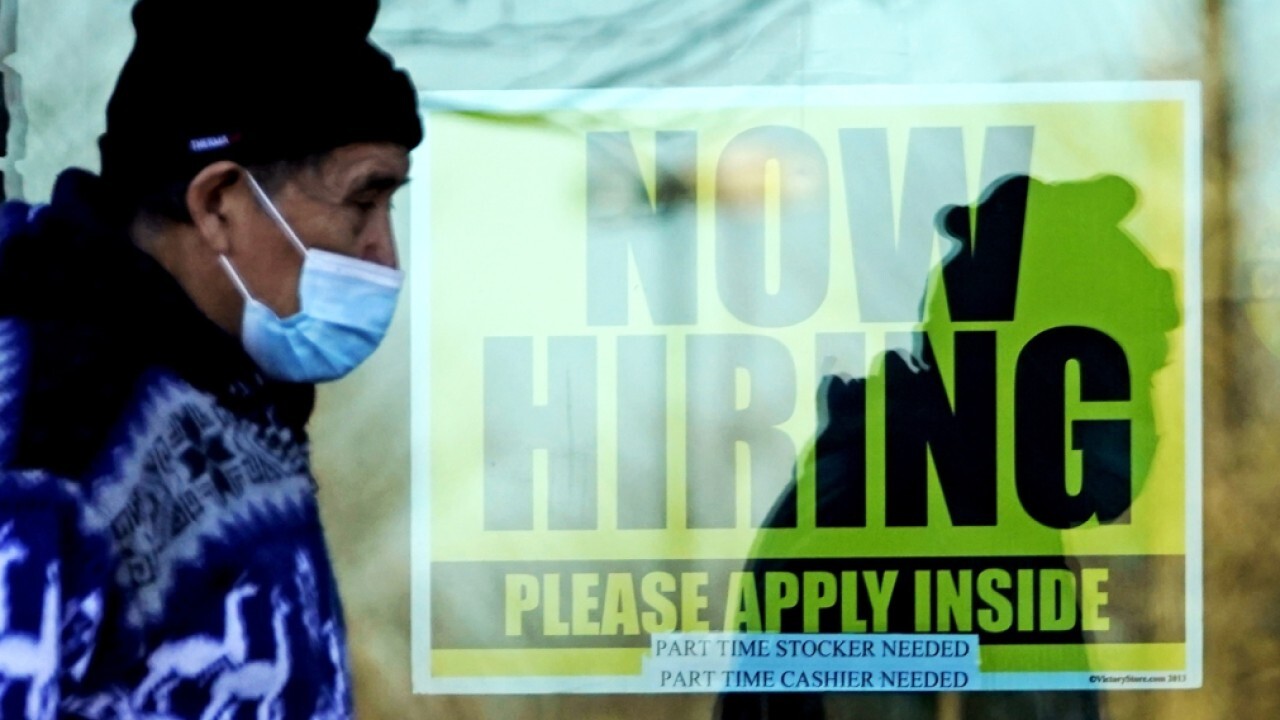 Owner of The Flag Lady Lori Watson discusses how her business is struggling to find employees amid the coronavirus pandemic.

Ohio on Thursday became the latest state to announce the end of its participation in the pandemic-related federal unemployment insurance program, which state leaders say was putting a damper on Ohio’s economic recovery.

Ohio Lt. Gov. Jon Husted told FOX Business on Thursday that the state’s economy is rebounding nicely – with an unemployment rate below the national average – but returning people to work is a remaining "impediment."

"This incentive $300 bonus payment was an incentive for people to not work," Husted said. "It’s creating a negative ripple effect through the economy, which is slowing employee return to work and job creation."

Husted said job openings span across all sectors of the state’s economy and include well-paid positions that offer as much as $25 per hour in some cases.

MONTANA GOVERNOR PULLS OUT OF COVID FEDERAL UNEMPLOYMENT PROGRAMS: 'WE SHOULD BE INCENTING WORK'

The Ohio Means Jobs website currently has more than 181,000 openings, more than half of which have a yearly salary of at least $50,000 per year, Ohio Gov. Mike DeWine said on Thursday.

DeWine said the state would end its participation in the Federal Pandemic Unemployment Assistance program on June 26, which offered an additional $300 to qualifying individuals. The state’s regular unemployment benefit will remain available.

Husted noted that the federal boost was intended as a temporary benefit while jobs were scarce and the vaccine was not widely available – but now both jobs and vaccines are plentiful in Ohio.

"We thought it was time to go back to normal – get people back to work and create the right kinds of incentives to grow our economy," he added.

The state is offering a number of resources to seamlessly allow residents to return to work, including help finding transportation, childcare and training.

Husted said that putting people back to work will also help address problems like child care, where centers previously had been closed because there were not enough workers available.

Several states have already ended their participation in the federal program, including Montana, Idaho, North Dakota, South Carolina and Tennessee.

The U.S. economy as a whole is still down more than 8 million jobs from its pre-pandemic levels.