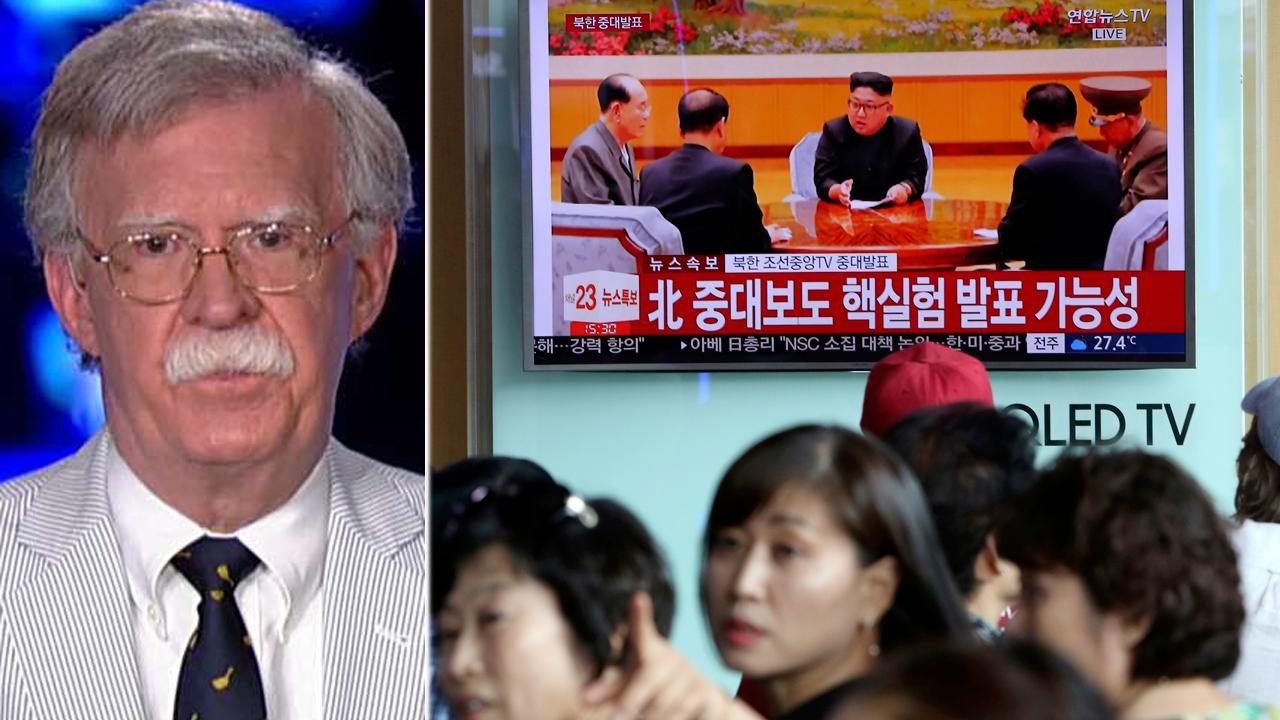 Former ambassador to the UN speaks out on 'Sunday Morning Futures'

“I think the only diplomatic option left is to end the regime in North Korea by effectively having the South take it over,” Bolton told “Sunday Morning Futures.” “Anybody who thinks that more diplomacy with North Korea or sanctions, whether against North Korea or an effort to apply sanctions against China, is just giving North Korea more time to increase its nuclear arsenal, increase its ballistic missile capability, increase the accuracy of its guidance systems and put us, South Korea and Japan in more jeopardy.”

The artificial earthquake caused by the test was “five to six times stronger” than tremors created by previous tests; South Korean officials put the magnitude at 5.7 and the U.S. Geological Survey said it was a magnitude 6.3, according to The Associated Press.

In addition to the threat of the country launching a thermonuclear weapon, Bolton explained that the willingness of Kim Jong Un to sell anything for money is also quite worrisome.

“They could sell these weapons, ballistic missiles and the nuclear devices themselves to Iran in a heartbeat. North Korea can sell these devices to terrorist groups around the world; they could be used as electromagnetic pulse weapons (EMPs), not necessarily hitting targets, but destroying our electric grid’s capabilities,” the former ambassador said, adding that they could also be used for nuclear blackmail.

President Trump reacted to the news of the alleged test on Twitter saying, “North Korea is a rogue nation which has become a great threat and embarrassment to China, which is trying to help but with little success.”

..North Korea is a rogue nation which has become a great threat and embarrassment to China, which is trying to help but with little success.

He also criticized South Korea for not taking a tougher stand against the communist country.

South Korea is finding, as I have told them, that their talk of appeasement with North Korea will not work, they only understand one thing!

Bolton said the U.S. has “fooled around” with North Korea for 25 years, and if that continues, the current situation will only worsen.

“It would be a lesson to every nuclear state in the world that if you just have patience enough you can wear the United States down. The notion that we can accept North Korea or Iran with any kind of nuclear capability just means that we will forever be at their mercy,” he said.