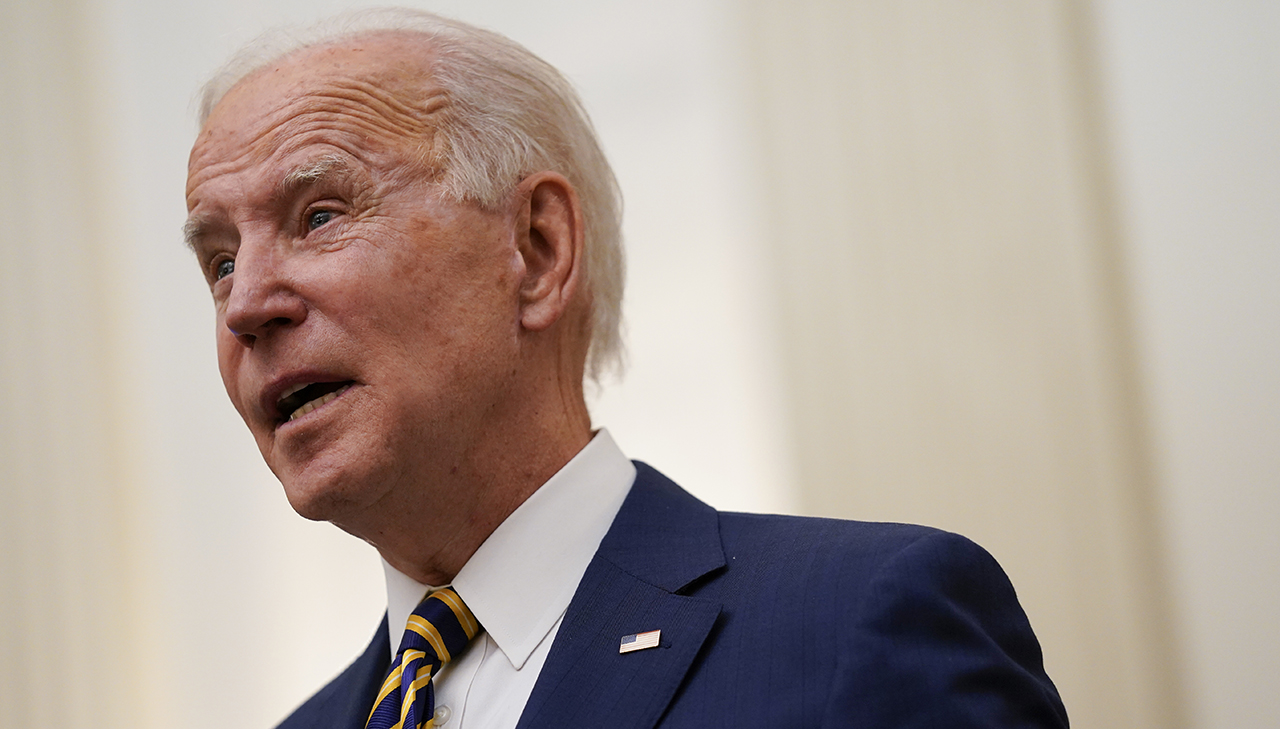 Mexico's president said Saturday that Biden told him the U.S. would send $4 billion to help development in Honduras, El Salvador and Guatemala — nations whose hardships have spawned tides of migration through Mexico toward the United States.

López Obrador, who spoke Friday with Biden by phone, said the two discussed immigration and the need to address the root causes of why people migrate.

Biden's call to Trudeau, also on Friday, came after the Canadian prime minister this week publicly expressed disappointment over Biden’s decision to issue an executive order halting construction of the Keystone XL oil pipeline. The long-disputed project was projected to carry some 800,000 barrels of oil a day from the tar sands of Alberta to the Texas Gulf Coast, passing through Montana, South Dakota, Nebraska, Kansas and Oklahoma.

Biden told Trudeau that by issuing the order he was following through on a campaign pledge to stop construction of the pipeline, a senior Canadian government official told The Associated Press. The official spoke on condition of anonymity to discuss the private conversation.

The White House said in a statement that Biden acknowledged Trudeau’s disappointment with his Keystone decision.

While Mexico continues to pledge to block mass movements of Central American migrants toward the U.S. border, there has been no shortage of potential flashpoints between the two countries.

Mexico demanded the return of former Defense Secretary Gen. Salvador Cienfuegos after he was arrested in Los Angeles in October, threatening to restrict U.S. agents in Mexico if he wasn’t returned. U.S. prosecutors agreed to drop charges and return Cienfuegos to Mexico.

But Mexico passed a law restricting foreign agents and removing their immunity anyway, and went on to publish the U.S. case file against Cienfuegos, whom Mexican prosecutors quickly cleared of any charges.

López Obrador said in a statement Friday that the conversation with Biden was “friendly and respectful."

GINA RAIMONDO: WHAT TO KNOW ABOUT BIDEN'S COMMERCE SECRETARY PICK

Trudeau told reporters before the call on Friday that he wouldn’t allow his differences with Biden over the project to become a source of tension in the U.S.-Canada relationship.

“It’s not always going to be perfect alignment with the United States,” Trudeau said. “That’s the case with any given president, but we’re in a situation where we are much more aligned on values and focus. I am very much looking forward to working with President Biden.”

Biden signed the executive order to halt construction of the pipeline just hours after he was sworn in.

“Leaving the Keystone XL pipeline permit in place would not be consistent with my Administration’s economic and climate imperatives,” Biden’s executive order said.

Critics say the growing operations increase greenhouse gas emissions and threaten Alberta’s rivers and forests. On the U.S. side, environmentalists expressed concerns about the pipeline— it would cross the Ogallala Aquifer, one of the world’s largest underground deposits of fresh water — being too risky.

BIDEN'S PAUSE ON OIL CAUSE FOR BIG CONCERN IN NEW MEXICO

But proponents of the project say it would create thousands of jobs on both sides of the border.

The project was proposed in 2008, and the pipeline has become emblematic of the tensions between economic development and curbing the fossil fuel emissions that are causing climate change. The Obama administration rejected it, but President Donald Trump revived it and was a strong supporter. Construction already started.

Biden and Trudeau also discussed the prospects of Canada being supplied with the COVID-19 vaccine from pharmaceutical giant Pfizer's facility in Kalamazoo, Michigan, according to a second senior Canadian government official, who spoke on the condition of anonymity to describe a private conversation.

Canada has been getting all its Pfizer doses from a Pfizer facility in Puurs, Belgium, but Pfizer has informed Canada it won’t get any doses next week and will get 50% less than expected over the next three weeks. Ontario Premier Doug Ford has publicly asked Biden to share a million doses made at Pfizer’s Michigan facility.

The U.S. federal government has an agreement with Pfizer in which the first 100 million doses of the vaccine produced in the U.S. will be owned by the U.S. government and will be distributed in the U.S. Anita Anand, the Canadian federal procurement minister, has said the doses that are emerging from the Michigan plant are for distribution in the United States.

The two leaders also spoke broadly about trade, defense and climate issues. Trudeau also raised the cases of two Canadians imprisoned in China in apparent retaliation for the arrest of a top Huawei executive, who was apprehended in Canada on a U.S. extradition request, according to the prime minister's office.