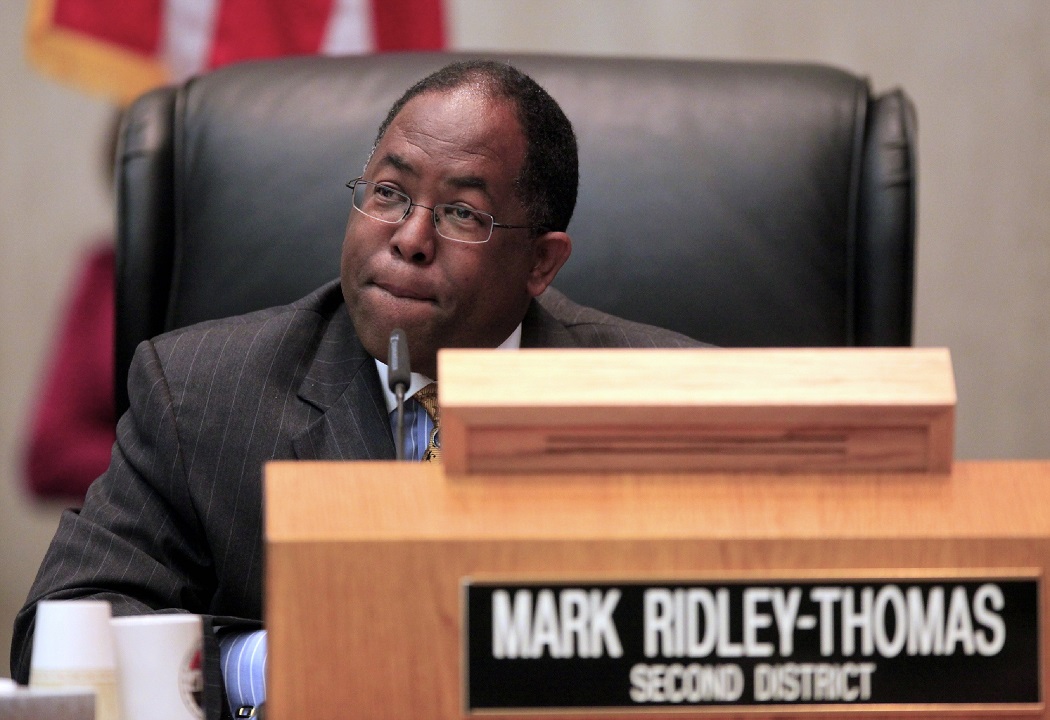 A Los Angeles Councilman and a former dean at the University of Southern California were indicted Wednesday on federal corruption charges connected to a bribery scheme, authorities said.

The 20-count indictment names Councilman Mark Ridley-Thomas, 66, and Marilyn Louise Flynn, 83, the former dean of USC's School of Social Work. Thomas is accused of "supporting county contracts and lucrative contract amendments with the university" in exchange for benefits for a relative in 2017 and 2018, the Justice Department said.

Longtime politician Mark Ridley-Thomas and the former dean of the School of Social Work at the Univeristy of Southern California were indicted Wednesday on federal corruption charges that allege a bribery scheme in which a Ridley-Thomas relative rece (AP Photo/Damian Dovarganes, File)

"This indictment charges a seasoned lawmaker who allegedly abused the public's trust by taking official actions to benefit himself and his family member," Acting U.S. Attorney Tracy L. Wilkison said in a statement. "The corrupt activities alleged in the indictment were facilitated by a major university's high-ranking administrator whose desire for funding apparently trumped notions of integrity and fair play."

"Public corruption cases are among the most important matters we pursue, and we will continue to investigate and prosecute whenever public officials and others entrusted with taxpayer funds break the law," Wilkison added.

Fox News has reached out to Ridley-Thomas' office.

The university told FOX Business it disclosed the issue of a $100,000 payment referenced in the indictment to the U.S. Attorney's Office and has cooperated since.

"Marilyn Flynn has not been employed by the university since September 2018," the statement said. "We will continue to cooperate with the U.S. Attorney’s Office and must limit comments because this is a pending criminal matter."

The scheme allegedly occurred when Ridley-Thomas served on the Los Angeles County Board of Supervisors.

Federal prosecutors said the councilman conspired with Flynn to provide his relative "graduate school admission, a full-tuition scholarship, a paid professorship, and a mechanism to funnel Ridley-Thomas campaign funds through the university to a non-profit to be operated by the relative."

In exchange, Ridley-Thomas supported lucrative contracts involving the School of Social Work to provide services to several departments, including the Department of Children and Family Services (DCFS), Probation Department as well as an amendment to a contract with the Department of Mental Health (DMH) that would bring the school millions of dollars.

The school was facing a multimillion-dollar budget deficit at the time, prosecutors said.

In a tweet, Councilman Joe Buscaino, a mayoral candidate, said he was "shocked, saddened, and disgusted" by the charges against his colleague.

Downtown Los Angeles aerial view. City Councilman Mark Ridley-Thomas and a former dean at the Univeristy of Southern California were indicted as part of in a federal corruption probe Wednesday.  (Fox Business)

"These charges tarnish the reputation of the entire LA City Council, and because of that, Ridley-Thomas should immediately step down from his position," he wrote.