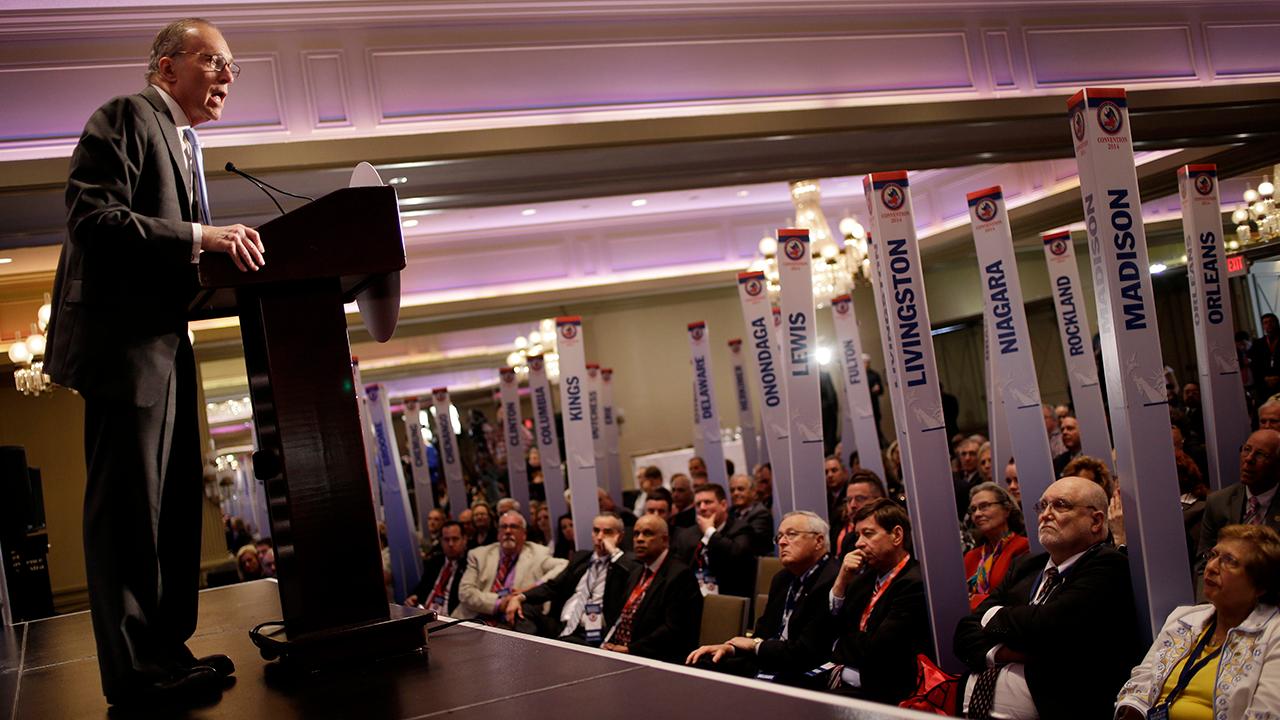 Why Larry Kudlow was offered position as Trump’s economic advisor

Larry Kudlow, a Reagan administration adviser and free-market economist, was offered and accepted the position of National Economic Council director on Wednesday, the White House confirmed.

The position was recently vacated by Gary Cohn, a former president of Goldman Sachs. Cohn left his post with the administration last week after the president signed an executive order imposing tariffs of 25% on steel and 10% on aluminum.

During an interview with FOX Business’ Maria Bartiromo last week, former White House press secretary Sean Spicer said Kudlow, 70, would be a good pick because he understands the president, has a strong business sense and could keep the markets calm.

Here’s what you need to know about Kudlow:

The economist began his career on Wall Street, working for the Federal Reserve Bank of New York.

He later served as a chief economist and senior managing director at Bear Stearns, a New York-based global investment bank that failed during the 2008 financial crisis.

Kudlow served as the associate director for economics and planning in the Office of Management and Budget (OMB) during former President Ronald Reagan’s first term.

Rehab Kudlow confessed to having a drug problem after he resigned as chief economist at Bear Stearns in 1994. He underwent multiple rounds of rehab for cocaine and alcohol abuse. At the time, his wife petitioned the court for a divorce and to prevent Kudlow from accessing his Bear Stearns retirement account to purchase drugs, according to The New York Times.

Kudlow is no stranger to television, currently appearing as a CNBC senior contributor. He hosted his own program on the network from 2005 through 2014.

The economist also hosts a WABC radio show on the weekend, “The Larry Kudlow Show.”

Some believe Kudlow’s media experience is a selling point for the administration because top advisers are regularly required to advocate publicly for the president.

During the 1970s, Kudlow has described himself as a Democrat, voting for two of the party’s congressional candidates.

But he not only went on to work for President Reagan, but also, in 2016, considered running as the Republican candidate against Sen. Richard Blumenthal, D-Conn.

He has spoken out against tariffs

While President Trump acknowledged on Tuesday that he and Kudlow “don’t agree on everything,” the president maintained that the free-market economist was warming to the idea of tariffs as a negotiating tactic.

Earlier this month, as the administration was considering the steel and aluminum tariffs, Kudlow penned an op-ed along with two other renowned conservative economists railing against the idea. He deemed imposing duties as a means to increase American prosperity a “crisis of logic,” saying tariffs amounted to nothing more than taxes on U.S. consumers.

Trump also noted on Tuesday that he welcomed having a difference of opinion among his close advisers.