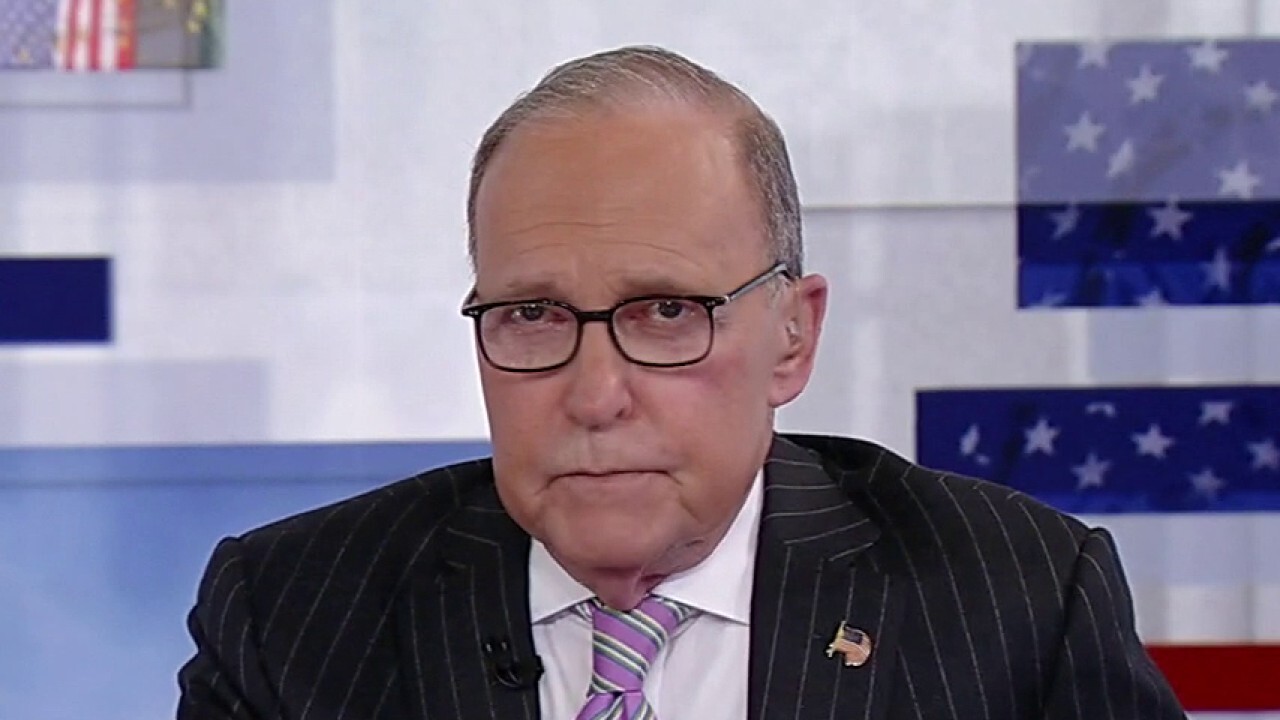 Kudlow: Voters are smarter than the radical left thinks

‘Kudlow’ breaks down Biden’s dropping approval ratings one year into his presidency.

So, no reset or midcourse changes for President Joe Biden. That's what we learned in yesterday's presser. Big government socialist policies are alive and well. In fact, he's doubling down.

According to Mr. Biden the polls are wrong, you see, the country really loves him and his policies. So his job is to travel around and better communicate his achievements and his goals to the American people. That's basically how I read yesterday's performance.

Trouble is for Uncle Joe, the public actually knows full well what his so-called achievements and policies are. Voters are smarter than the radical left thinks. Polling is as much art as science, but seldom have I seen as much unanimity.

BIDEN'S FIRST YEAR: TRACKING THE US ECONOMY'S RECOVERY FROM THE PANDEMIC

Basically, Mr. Biden is selling a product that voters do not want to buy. The CBS and other polls show that voters are worried about inflation, COVID, crime, groceries on the shelf and gasoline at the pump, and illegal immigration.

Biden's been on the wrong side of every one of these issues. That includes the racially divisive pitch to federalize voting procedures, which fortunately failed last night.

Real Clear Politics' average of polls has Biden at 41.8% approval, and 52.6% disapproval.

Yesterday, the President said he does not believe the polls. Well, ok, sir, but you do so at your own peril. The country is not with you. It does not want a radical transformation toward behemoth government, confiscatory taxes, a command and control regulatory state, skyrocketing energy prices, substituting government for family and parents, and a radical decline in American prestige overseas.

OIL NEARS $87 AFTER KEYSTONE PIPELINE CANCELED ONE YEAR AGO

First the Afghanistan catastrophe, and now there could be a complete mess with Putin in Ukraine. All of which emboldens China.

Regarding so-called "Build Back Better" we have saved America, and we have killed the bill. Yesterday, Mr. Biden said he's going to break it up into many smaller 'chunks'. As in, Build Back Smaller. But these chunks mean abandoning reconciliation because the chunks won't pass as stand-alones.

Nancy Pelosi is smarter, because she doesn't like chunks, she prefers reconciliation. Biden and his advisors look half-baked on this, and haven't figured out the chocolate sauce that can pull it all together.

As usual, Joe Manchin has the story right. Once again, he declared his prior budget talks are now off the table, and to get anything done they'll now have to start over.

I think the whole Biden agenda is a fiasco, and he is the only person in America that spending another $5 trillion will actually reduce inflation. Or that adding $3 trillion in debt is a pay-for. Or that higher taxes at the same time the Fed is tightening money is pro-growth.

It's not. Tax hikes and tighter money is like a root canal without Novocaine. You want to boost the dollar and curb inflation? Then cut taxes and regulations, don't raise them.

Anyway, yesterday was not a great success for our President. The American people are saying no, while he is still saying yes.

The people are going to win, he's going to lose, and I'm saying...it's over, it's over. Save America, kill the bill. And that's my riff.

This article is adapted from Larry Kudlow's opening commentary on the January 20, 2022, edition of "Kudlow."