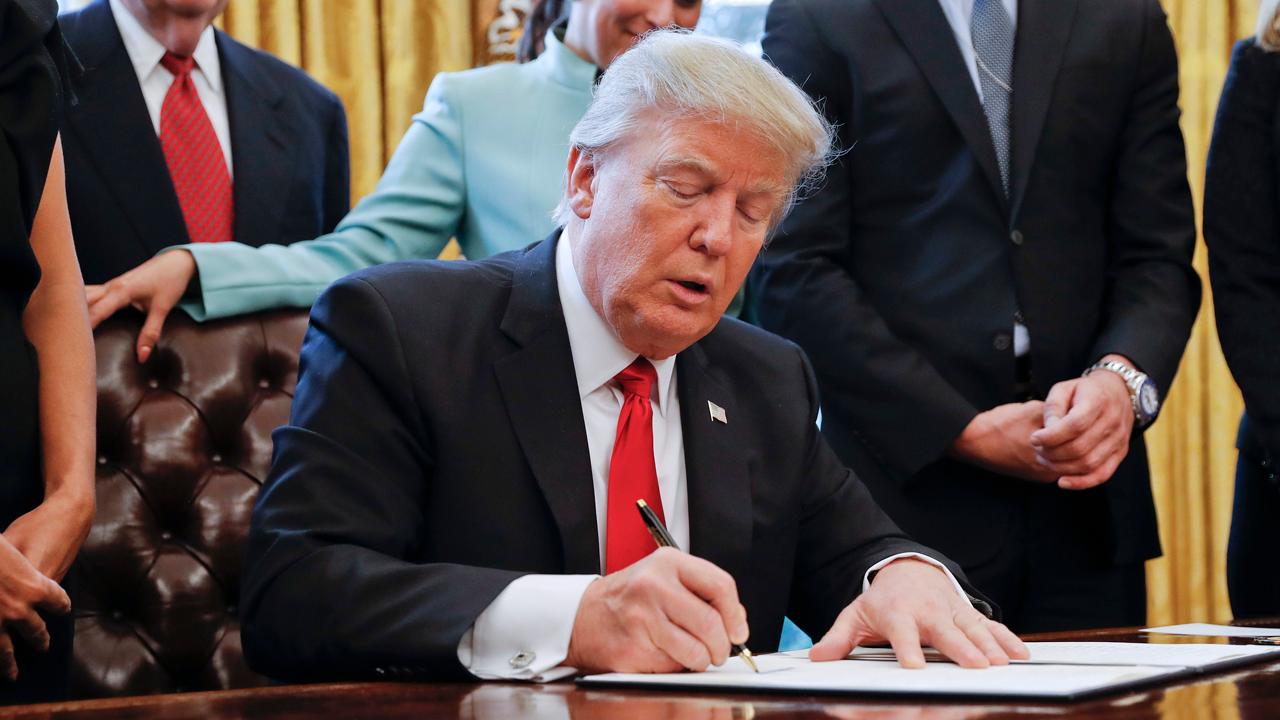 MAGA Coalition Chief Strategist Sebastian Gorka on the president’s push for tax reform and why he should end the Iran nuclear deal.

ANKARA (Reuters) - Iranian Supreme Leader Ayatollah Ali Khamenei said on Wednesday Tehran would stick to its 2015 nuclear accord with world powers as long as the other signatories respected it, but would "shred" the deal if Washington pulled out, state TV reported.

Khamenei spoke five days after U.S. President Donald Trump adopted a harsh new approach to Iran by refusing to certify its compliance with the deal, reached under Trump's predecessor Barack Obama, and saying he might ultimately terminate it.

"I don't want to waste my time on answering the rants and whoppers of the brute (U.S.) president," Khamenei said in a speech to students in Tehran quoted by state television.

"Trump's stupidity should not distract us from America's deceitfulness...If the U.S. tears up the deal, we will shred it."

Trump's move put Washington at odds with other parties to the accord - Britain, France, Germany, Russia, China and the European Union - who say Washington cannot unilaterally cancel a multilateral accord enshrined by a U.N. resolution.

Khamenei, who has the final say on Iran's state matters, welcomed their support but said it was not sufficient.

"European states stressed their backing for the deal and condemned Trump ... We welcomed this, but it is not enough to ask Trump not to rip up the agreement. Europe needs to stand against practical measures (taken) by America."

Under the deal, Iran agreed to curb its disputed uranium enrichment program in return for relief from international sanctions that crippled its economy, and U.N. nuclear inspectors have repeatedly certified Tehran's compliance with the terms.

Trump accuses Iran of supporting terrorism and says the 2015 deal does not do enough to block its path to acquire nuclear weapons. Iran says it does not seek nuclear arms and in turn blames the growth of militant groups such as Islamic State on the policies of the United States and its regional allies.

In decertifying the nuclear deal last week, Trump gave the U.S. Congress 60 days to decide whether to reimpose economic sanctions on Tehran that were lifted under the pact.

In a major shift in U.S. policy, Trump also said Washington will take a more confrontational approach to Iran over its ballistic missile program and its support for extremist groups in the Middle East.

Tehran has repeatedly pledged to continue what it calls a defensive missile capability in defiance of Western criticism. The United States has said Iran's stance violates the 2015 deal in spirit as missiles could be tipped with nuclear weapons.

Tehran has said it seeks only civilian nuclear energy from its enrichment of uranium, and that the program has nothing to do with missile development efforts.

"They must avoid interfering in our defense program ... We do not accept that Europe sings along with America's bullying and its unreasonable demands," Khamenei said.

The Trump administration has imposed new unilateral sanctions targeting Iran's missile activity. It has called on Tehran not to develop missiles capable of delivering nuclear bombs. Iran says it has no such plans.

Iran has one of the biggest ballistic missile programs in the Middle East, viewing it as an essential precautionary defense against the United States and other adversaries, primarily Gulf Arab states and Israel.

“Americans are angry because the Islamic Republic of Iran has managed to thwart their plots in Lebanon, Syria, Iraq and other countries in the region," Khamenei said.

Supporters of the deal fear Trump's decision to decertify the deal could eventually unravel it, causing more tension in the crisis-hit Middle East, where Shi'ite Iran is involved in a decades long proxy war with U.S.-ally Sunni Saudi Arabia.