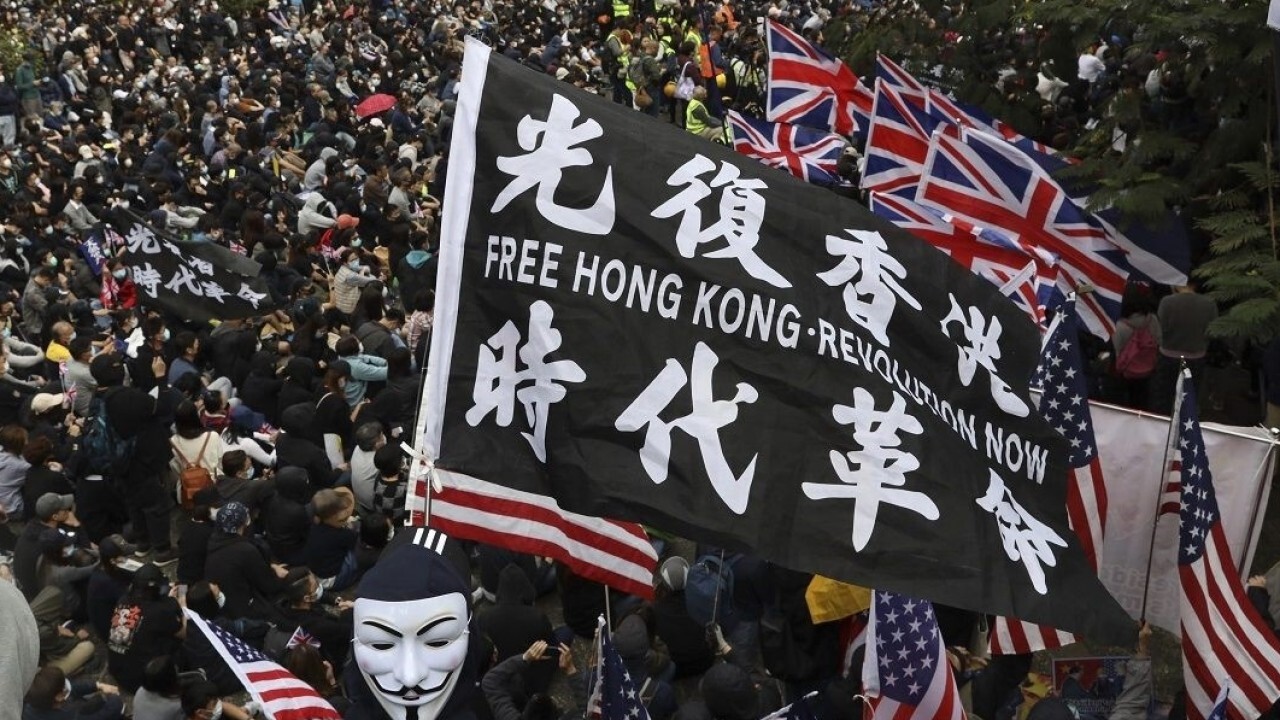 Hong Kong 'no longer' beacon for freedom and democracy: 'Swimming to Freedom' author

'Swimming to Freedom' author Dr. Kent Wong shares his story of escaping Communist China and spoke out on the nation's control over Hong Kong on FOX Business' "Mornings with Maria."

DR. KENT WONG: I escaped from China after the Cultural Revolution and I was sent to a village. And my family moved from Hong Kong to China to help the newly formed People's Republic, but my father was punished in 1958 during the Great Leap Forward movement. So I was accused as a little basis and because of my father and... all the high school students, we were sent to the village to be educated by present. There's no future then I escaped, just like hundreds of thousands of young people to Hong Kong. And many died in the water. Three of my friends died. One is my very close friend and I decided to write a book and I think if... nobody writes a story, they will forever be forgotten.

The last time I was in Hong Kong was in 2014, I have been [following] Hong Kong's developments quite closely. I think the world should consider Hong Kong is forever lost, it's no longer the freedom... the beacon for freedom and democracy. So we... really see Hong Kong as a part of China, and that is what I want to say. So... that's why I'm afraid to go back to Hong Kong, because I know if I go back to Hong Kong, I will be caught and then probably sent to China in a jail. And I'm too old to escape and... no way I can escape on China this time. So that is really is something everybody should be careful and to prevent any similar things happen in other places.

Xi of today and Mao of yesterday, they share the same DNA. And... everybody knows what DNA is, but many people overlook the Xi and the... bureau bound to Mao's tombs before the military parade of a 70 years anniversary. So it's very clear the signals, the symbolic, Chinese like to do is symbolic... as a hint, and then if people pay attention to it, then we know while... that is the gold. When I was in China, Mao's want to rule the world and the great leap forward of 1958 is going to surpass the British in 15 years. At that time 36 million people die in hunger and only six million people died in the Jewish concentration camp during the Second World War, but nobody knows about it.