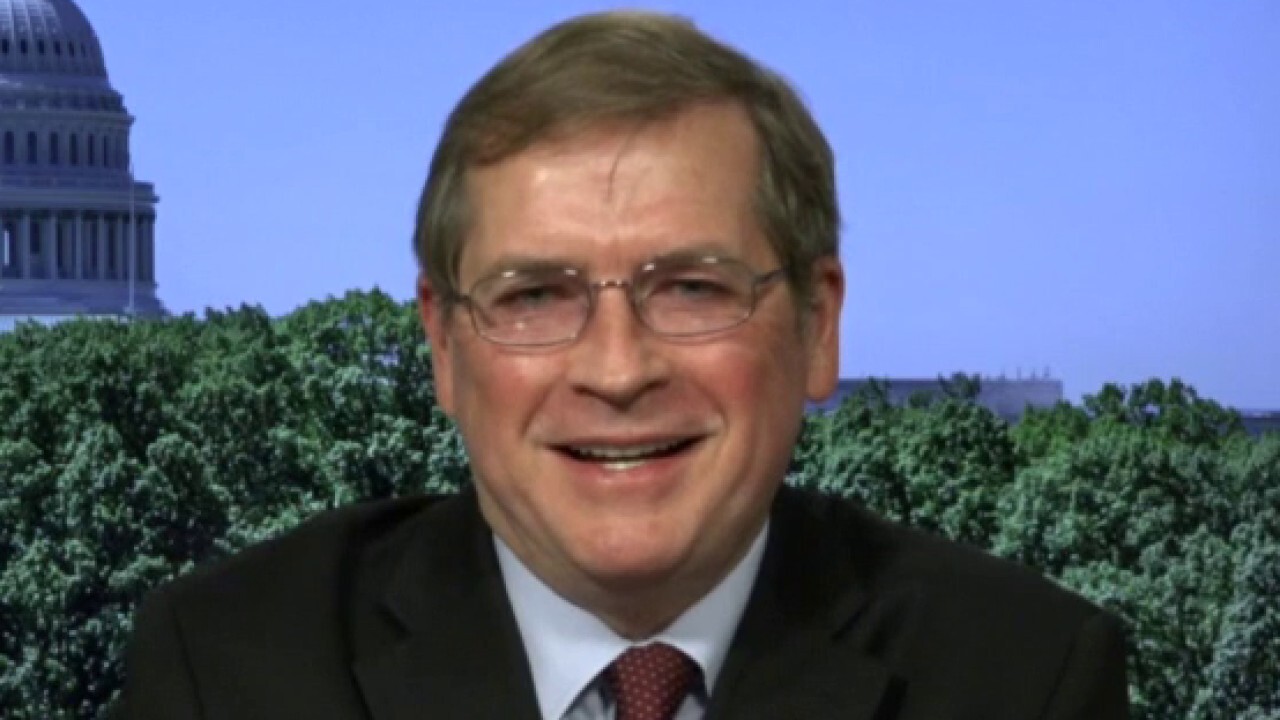 Multiple GOP lawmakers gave their thoughts on the rising price of lumber, which has been making it harder for Americans to buy and build homes. The National Association of Home Builders reported that prices for lumber have increased by more than 300% since April 2020.

Rep. Bob Gibbs, R-Ohio, who serves on the House Oversight Committee’s environment subcommittee, told FOX Business that the increase in lumber prices "is just one of the many indicators that President Biden is failing American workers."

"Lumber prices are an issue that has many causes, from economic complications from the coronavirus pandemic to difficult trade issues with Canada. Biden has shown he is either unwilling or incapable of tackling these obstacles," Gibbs said Tuesday in a statement to Fox News, "American lumber producers are begging for workers."

"But like almost every other sector of the economy, they are competing with the federal government and what are now unnecessary additional unemployment benefits," Gibbs continued.

"One of the best things Biden and Washington can do for the lumber industry, the homebuilding industry, and the entire economy is [to] incentivize Americans going back to work, not extending unemployment programs that distort the labor market," he added.

Texas Republican Rep. Pat Fallon — another member of the environment subcommittee — gave his thoughts to Fox Business on Tuesday, saying the president has "declared war on blue collar American jobs."

"The radical progressive mob has pulled the Democratic Party’s policies to the hard left, dragging Joe Biden with them and devastating our economy in the process," Fallon told Fox Business. "President Trump fought for the American worker… Joe Biden just wants America woker. It must end now."

Rep. Ralph Norman, R-S.C., — the ranking member of the subcommittee — told Fox Business on Tuesday that America is "seeing rising prices across all industries, and inflation is now a real and growing concern."

Norman also noted that almost each economic sector is already experiencing a "post-pandemic recovery" and argued that the federal government pumping "trillions of additional, unnecessary spending into the mix is a recipe for increasing the prices of resources in all markets."

"The bottom line is President Biden told America he would help the working. His policies and reckless spending are now driving up prices and causing inflation," Norman said. "Those rising prices will disproportionately hurts lower income Americans."

"Government can try to help the situation, but there’s real concern that Biden and the Democrat majority in Congress will end up making this situation worse," he continued. "Let’s hope not, but there is serious cause for concern here."

Senator Joni Ernst, R-Iowa, also blasted Biden over inflation in a statement to FOX Business, saying it’s not just groceries or lumber: if "you name it, prices are up."

"Inflation is a real problem pinching the pockets of every American," Ernst said. "The shortsighted economic policies of the Biden Administration are causing higher prices and higher taxes, which equals less money in your paycheck."

The White House did not immediately respond to a request for comment from FOX Business.

Thousands of the workers for the company in Australia haven't been able to go to work and the country's agricultural minister said he expects only "limited capacity" to return in "the next couple of days."

Lumber and other products have seen a rise in price as the economy recovers from the COVID-19 pandemic. While some economists predict the price of lumber may start to fall in July, nothing is for certain and inflation could play a role.

Industry leaders are also speaking out against the U.S. Commerce Department’s move to double lumber tariffs on Canadian lumber shipments.

Canada was smacked with tariffs of up to 24% in April 2017 under the Trump administration. The former president eased those tariffs to 9% towards the final months of his administration.

Now, the Biden administration is proposing a hike in those same tariffs from 9% to 18.32%.