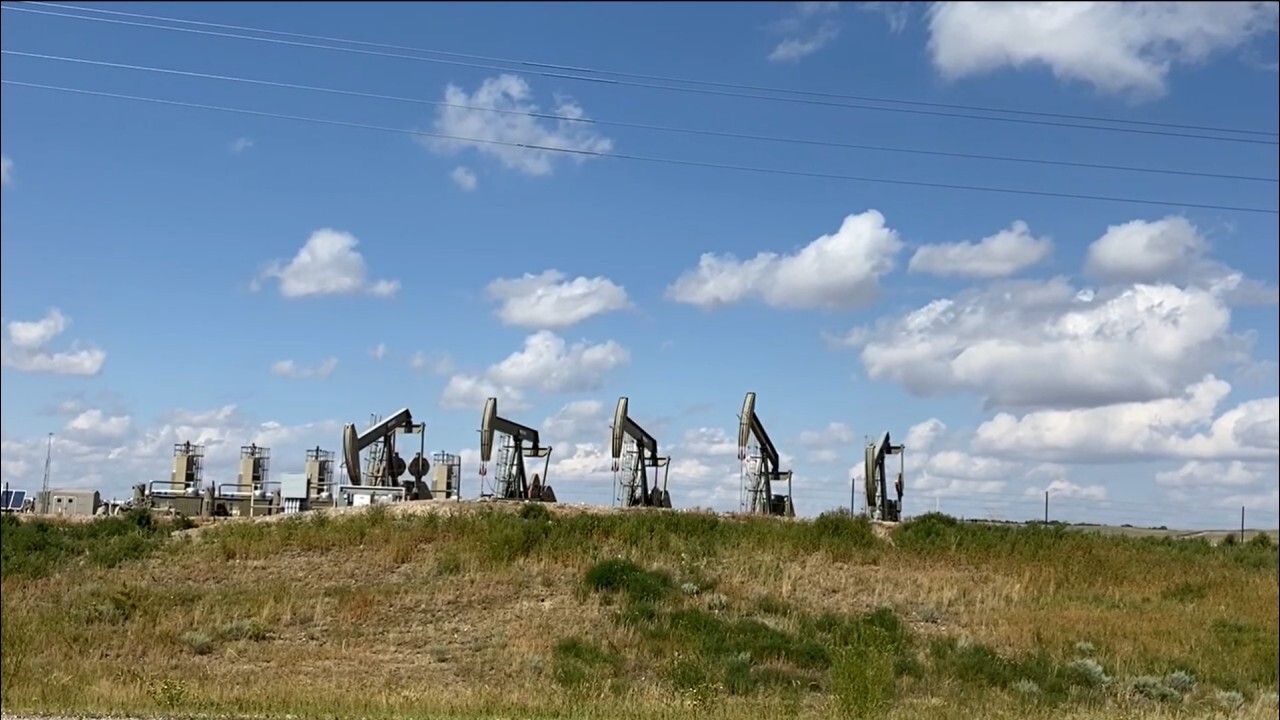 Williston, North Dakota saw its population explode 83% from 2010 to 2020 after fracking made its oil deposits more accessible.

"For the last, let's say, 12, 14 years, we've been in catch-up mode around here – a lot," Williston Mayor Howard Klug told FOX Business. "What do you do with all the sewage when you double the population and you don't have any place to put it?"

The mayor's rather unique concern was the result of one of the biggest economic booms of the past decade: fracking in North Dakota's Bakken Formation.

This led to a massive influx of oil activity and jobs that made Klug's city the hub of the fastest growing population center in the United States during the 2010s.

The population of the Williston micropolitan statistical area – which includes Williston itself and the surrounding Williams County – exploded between the 2010 Census and the 2020 Census. There were 22,398 people in 2010 and 40,950 in 2020. That's an increase of 83%.

TOTALENERGIES TO INVEST $27 BILLION IN IRAQ

The only other county in the United States to grow as fast was neighboring McKenzie County, which saw its population increase from 6,360 to 14,704, or 131%. The population in McKenzie County's Watford City grew even faster than that, but it's only a fraction of the size of Williston.

All the new people in the early days of the oil boom overwhelmed the area, causing housing prices to skyrocket. Many people slept in tents or cars just for the opportunity to work one of the new high-paying oil jobs. "Man camps" – where men working in the oil industry would live for a few weeks or months at a time – became a scourge, and crime rose.

But there was also good that came from the boom. Landowners became millionaires off of royalties from their mineral rights. Retail options and public services in Williston eventually increased significantly, as did the town's diversity.

"The things that we did, we build a new high school. We built [a recreation center]," Klug said, regarding what the city was able to do with its increased revenue. He also speculated that the city added 20 churches in the past decade, as well as other houses of worship.

"Where else in North Dakota do you have an African grocery store?" Klug added. "The restaurant business went crazy. We have just about any kind of restaurant that you can imagine right here in the city of Williston. You know, we never thought that we would have a sushi restaurant right next door to city hall."

Oil wells outside of Williston, North Dakota, on August 24, 2021. The northwest North Dakota oil boom powered Williston to be the fastest-growing "micro" area in the United States between 2010 and 2020.  (Tyler Olson/FOX Business / Fox News)

The city was also able to raise money to deal with the assorted problems that came with its population growth. It increased its police force from about 25 sworn officers to approximately 70 to deal with the crime surge, according to Klug. The city built more roads to handle the extra traffic, including some that rerouted the massive trucks headed to the oil fields around the city instead of through it.

It built an airport to handle more commercial flights on larger planes. And it increased its funding for mental health services and started a city-owned ambulance service.

What about the mayor's answer to Williston's sticky sewage situation? The city spent $120 million on a new sewage plant that will allow the city to handle up to 70,000 people.

But in raw percentages, those places only grew 36% and 16%, respectively, compared to the 83% growth in the Williston area. That's what gave Williston a "Wild West" feel in the early days of the oil boom, according to local restaurant owner Marcus Jundt. The entrepreneur also lost the 2014 mayoral race to Klug.

"It reminded me of the history books I read when you were a kid in school and you read about Spindletop or the Alaskan gold rush or even the Forty-Niners in California," Jundt, who came to Williston in 2011 to get into its restaurant business, said.

Williston Mayor Howard Klug speaks with FOX Business in Williston City Hall on August 24, 2021. Klug said the city has been playing "catch-up" for years as its population nearly doubled in a decade thanks to the North Dakota oil boom.  (Tyler Olson/FOX Business / FOXBusiness)

"Instead of having you know like gold rushes in the past you had people just showing up on the train or showing up in their pickup trucks. You go to McDonald's and take an hour to go through the drive through. Monday night at Applebee's it would take two hours to get a table," Jundt said. When he eventually opened his bar, it was "three deep" every night, Jundt said.

"It was just – there was energy in the air, it was electrifying. All anyone was talking about was the new business they were going to start or something that they were doing that was financially successful and exciting and something new that they're going to do," Jundt continued. "And it seemed like it was contagious. It was like a fever and there was nothing like it. I've never experienced anything like that in my life."

All of this activity was happening in one of the most remote areas of the country.

The nearest large city is Winnipeg in Manitoba, Canada, a nearly seven hour drive away. In the U.S., the closest major cities are Minneapolis and Denver – each about a 10 hour drive.

Jundt is the classic definition of a carpetbagger. He used to run Kona Grill, an upscale chain based in Phoenix. And he admits that some of the lifers in Williston – which before the oil boom he says was "a Mayberry type town where everybody knew each other" – might think that all the change is a net negative for the area.

But state Sen. Brad Bekkedahl, who's held Williston-area public service positions since the 1980s, says he sees a town that's starting to "stabilize" into a strong community in the last "six or seven years."

Workers and diners at Williston Brewing Company on August 24, 2021. The restaurant and multiple others in town are owned by Marcus Jundt, who came to Williston to serve the town's growing population of oil workers and their families. Last decade, the (Tyler Olson/FOX Business / FOXBusiness)

"The people who live there now have good roads, good access to facilities. They have better commercial facilities in town than we used to have – more restaurants, more retail coming in," Bekkedahl said. "They also have the new Williston Recreation Center, which at the time was the largest public facility of its type in the country… And we're getting to the point where we have a community where it looks like it's stable instead of going through a boom."

In Klug's words, Williston had to figure out what "makes a town a town." One of those things is children. Another is medical care. The quantity of both skyrocketed in Williston.

With a surge in working age people in Williston, the median age decreased from about 55 years old to about 30 years old. And with that came an exponential increase in the number of babies born.

"We went from maybe 20, 25 births per year to over 800, close to 900 births in our hospital," Klug said. "So with that we're working on expanding the medical field. With that many births… where do you put them when they get to be kindergarteners here? So we consolidated school districts."

Williston Economic Director Shawn Wenko says the explosion of population and families is simply a symptom of Williston being a place with opportunity for those willing to work for it.

"At one point, the average median income was north of $100,000 up here. That's settled in a bit as things have kind of calmed a bit. But it's still relatively high. I mean, I want to say we're probably, you know, in the high 80s, if not low 90s," Wenko said. "You're able, if you're willing to work hard, if you're an entrepreneur, you're going to be successful, build a good life for yourself."