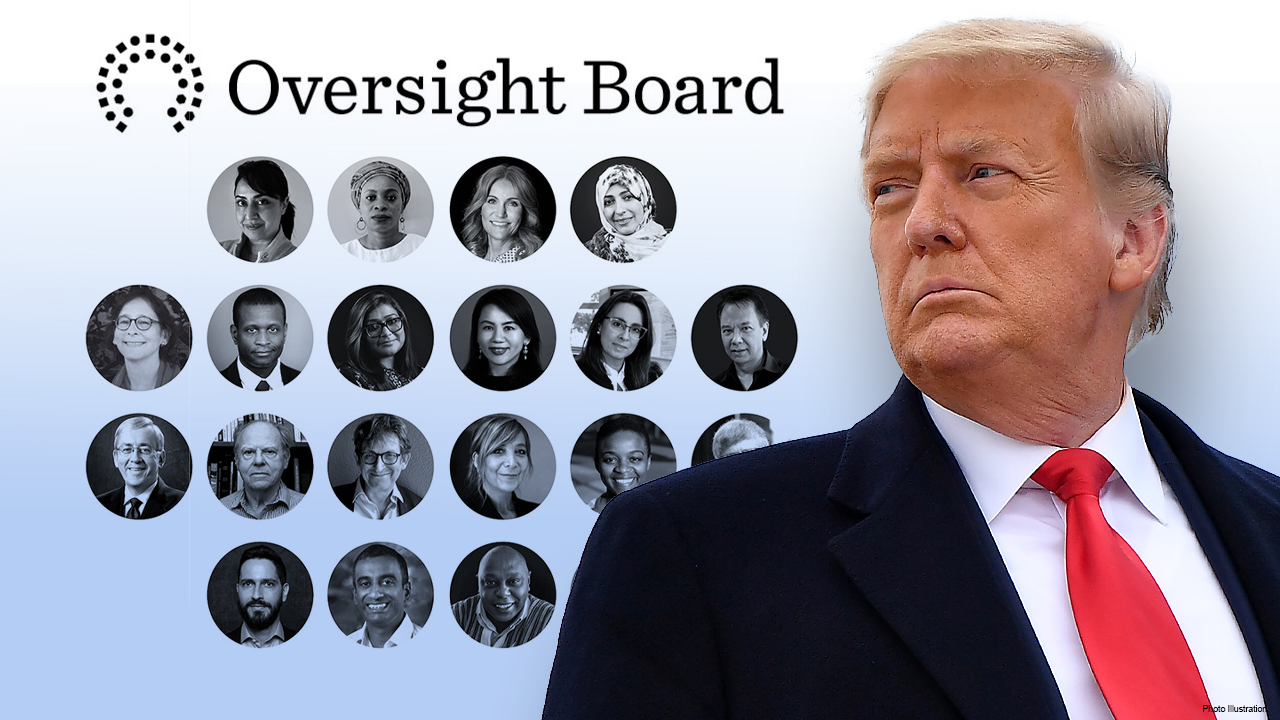 Facebook on Friday upheld its suspension of former President Trump’s Facebook and Instagram accounts for two years before it will reassess, citing his "praise for people who engaged in violence" during the Jan. 6 Capitol attack.

"Given the gravity of the circumstances that led to Mr. Trump’s suspension, we believe his actions constituted a severe violation of our rules which merit the highest penalty available under the new enforcement protocols. We are suspending his accounts for two years, effective from the date of the initial suspension on January 7 this year," Facebook announced.

"At the end of this period, we will look to experts to assess whether the risk to public safety has receded."

The Facebook's oversight board had previously criticized the open-ended nature of Facebook's suspension of the outgoing president as an "indeterminate and standardless penalty." Facebook took the board's recommendations into account and determined that at the end of the two-year suspension it would look to "instances of violence, restrictions on peaceful assembly and other markers of civil unrest" to determine if Trump’s accounts were still a threat to public safety. It said Trump would be subject to severe sanctions if he further violated Facebook’s rules.

Facebook also said it would provide more information about its "newsworthiness allowance," where the platform allows content that is of public interest to remain even if it violates Facebook rules. It said it would assess "whether the public interest value of the content outweighs the potential risk of harm by leaving it up."

Trump issued a statement on the continued suspension.

"Facebook’s ruling is an insult to the record-setting 75M people, plus many others, who voted for us in the 2020 Rigged Presidential Election. They shouldn’t be allowed to get away with this censoring and silencing, and ultimately, we will win. Our Country can’t take this abuse anymore!" he said.

The Facebook announcement came just after Trump shut down his blog page, "From the Desk of Donald J. Trump."

Trump aide Jason Miller confirmed that the shutdown was a "precursor to him joining another social media platform."

Meanwhile, Twitter has permanently banned the former president's prized Twitter account, where he forged a new path of communicating directly with the American public and sometimes stoked division.

The president has since been communicating through press releases.

The 2020 presidential election results were ultimately certified and Joe Biden declared the winner.