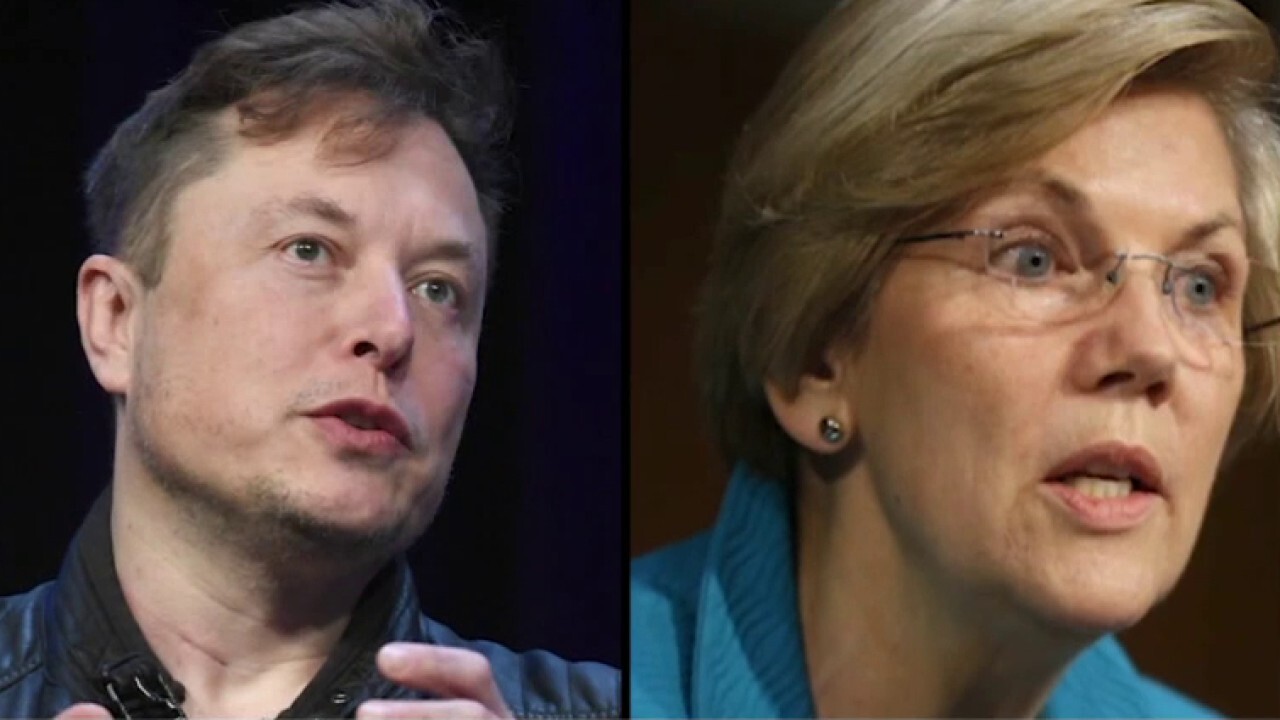 Elon Musk fires back at Elizabeth Warren in fight over taxes

‘Kennedy’ Party Panel debate how much the highest earners should pay in income tax.

Musk has taken personal and policy-centric digs at American politicians from Biden and Vice President Harris to former President Trump.

ELON MUSK FIRES BACK AT MSNBC’S JOY REID FOR KNOCKING WARREN DIGS, CALLS HER A ‘LOBBYIST FOR SEN KAREN’

"Am departing presidential councils. Climate change is real," the Tesla chief said in 2017 after Trump pulled out of the Paris climate accords. "Leaving Paris is not good for America or the world."

"Maybe they are NPCs and Tesla just isn’t in their dialogue tree?" Musk said in a response to commentary on Harris’ promotion of the bipartisan infrastructure law. "Let’s see if we can get them to say the word ‘Tesla’!"

However, in light of his criticism of American politicians, Musk has been silent on China’s genocidal atrocities against the country’s Uyghur Muslim population while giving praise to the Chinese Communist Party (CCP) — something people online have pointed out and lambasted Musk over.

While it makes sense that Musk, with his dealings in the Asian nation, would want to put his best business foot forward, the billionaire tech mogul’s praise only serves to validate the CCP in the global economy amid the state-sponsored genocide.

Meanwhile, Biden — who has been hounded by foreign policy critics his entire career — declared the treatment of Uyghur Muslims in China by the CCP to be a genocide.

Neither SpaceX nor Tesla immediately responded to Fox News Digital’s request for comment.