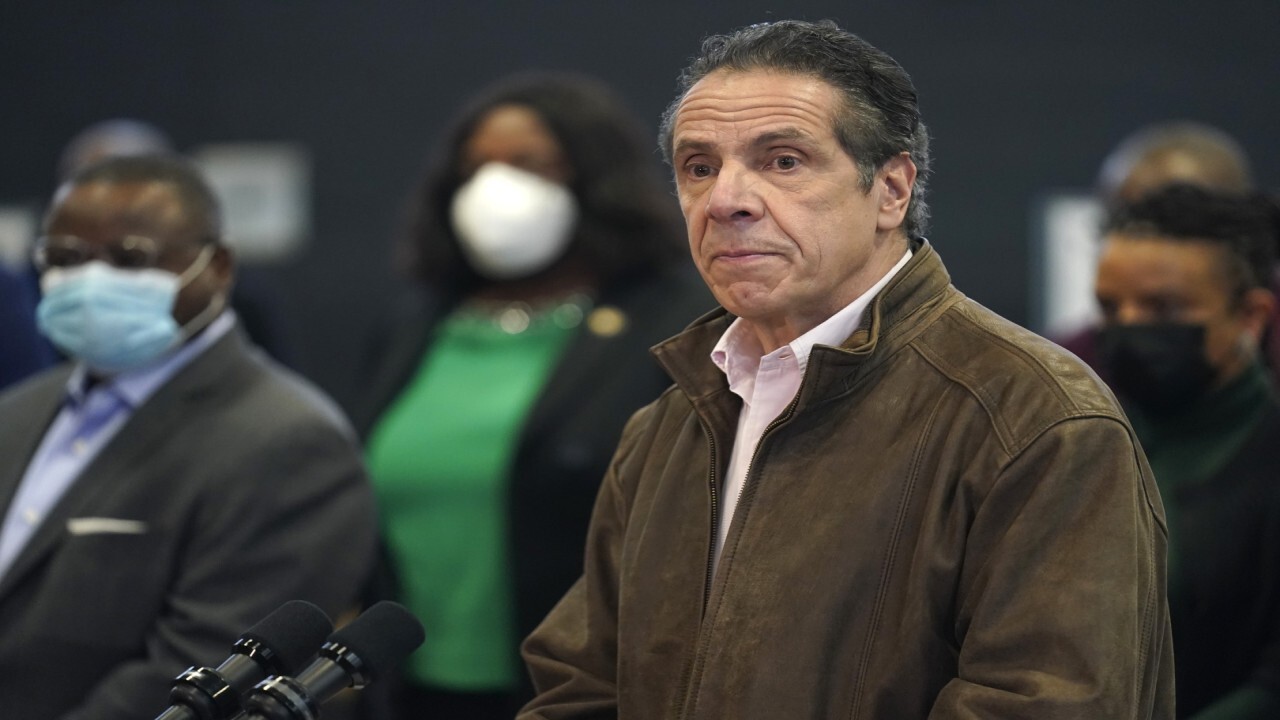 Lindsey Boylan, one of several former staffers who have accused New York Gov. Andrew Cuomo of sexual harassment, said Friday that she intends to support efforts to unseat Democratic Sens. Chuck Schumer and Kristen Gillibrand after they trailed behind other party leaders in calling for the governor to resign.

Boylan, the former deputy secretary for economic development and special adviser to the governor, accused Cuomo of several instances of harassment and unwanted touching in a Feb. 24 blog post. In a series of tweets on Friday, Boylan said she plans to form a political action committee to support candidates in primary challenges against the incumbent senators.

“You are cowards @SenGillibrand @SenSchumer and I look forward to supporting whoever primaries you,” Boylan tweeted. “I literally plan to open a PAC to oust you both, you colossal cowards. Get ready!”

“Not only will I help fund this, but I will show up on every talk show to oppose you both @SenSchumer and @SenGillibrand,” Boylan added. “I will call you out for the cowards you are. I am so tired of your lack of courage. It’s tied to every problem we have in this country.”

“Confronting and overcoming the Covid crisis requires sure and steady leadership. We commend the brave actions of the individuals who have come forward with serious allegations of abuse and misconduct,” the senators said in a joint statement.

“Due to the multiple, credible sexual harassment and misconduct allegations, it is clear that Governor Cuomo has lost the confidence of his governing partners and the people of New York. Governor Cuomo should resign,” they added.

Several of New York’s top Democratic lawmakers, including New York City Mayor Bill de Blasio, Rep. Jerry Nadler and Rep. Alexandria Ocasio-Cortez have called on Cuomo to resign from office. Boylan and six other women have accused him of sexual or physical misconduct. Cuomo has said he will not step down and has denied any wrongdoing.

Schumer and Gillibrand had each described the allegations as serious and expressed support for an investigation into the allegations, but neither was among the first lawmakers to call on Cuomo to step down.  Boylan did not immediately respond to a request for comment on whether she plans to follow through with forming the political action committee after the senators’ call for Cuomo to resign.

In her Feb. 24 blog post, Boylan alleged that Cuomo once asked her to play “strip poker” during a flight back from an event in upstate New York. In another incident, Cuomo allegedly kissed her on the lips during an encounter at his New York City office.

A top aide to Cuomo described Boylan’s allegations as “quite simply false.”

New York State Attorney General Letitia James has launched an investigation into the allegations. At a Friday press conference, a defiant Cuomo accused lawmakers of being “reckless and dangerous” in their calls for him to resign before the investigation is complete.

“I did not do what has been alleged, period,” Cuomo said.