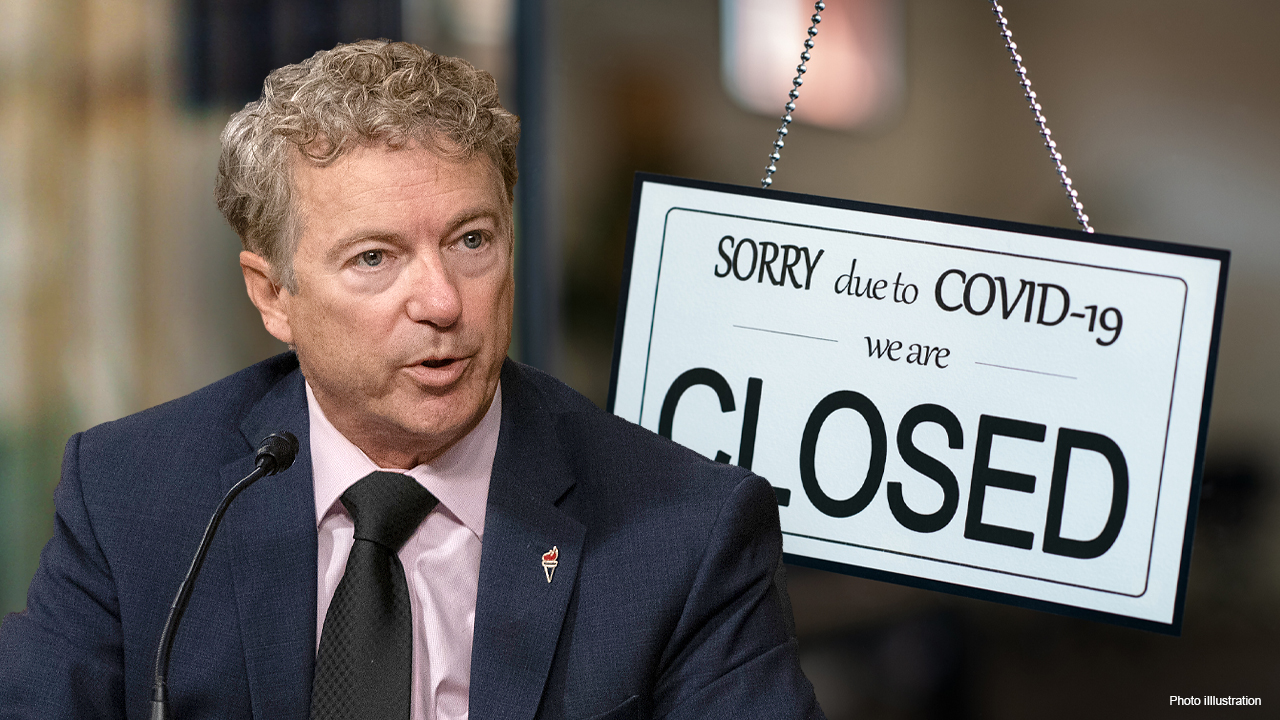 Kentucky Senator Rand Paul slammed the coronavirus lockdowns Thursday on FOX Business for distracting from the one thing that actually works: vaccines.

"Let's hope, in this case, the courts will intervene," Paul said of the new statewide lockdowns, adding, "I've been calling my governor for months, DWP, drunk with power, because he's taken this power without any consent from the legislature."

"They're completely arbitrary," he said of the lockdowns. "They're not based on any kind of science. There is really very little objective science to prove that any of this works."

"They're theater," he said. "If you look at the cloth masks, 97% of virus particles go through cloth masks, so we're kidding ourselves, and what it's doing is it's detracting from the one thing that could save and could really help us and that's the vaccine."

The Republican senator hopes the vaccines are released sooner rather than later as several companies report positive trial results.

"What they should do is, if they want to continue the trials, instead of 40,000 people why don't we make them 4 million, so at least another 3.5 million could be enrolled in the trials," he said.

"I don't see why you can't have people who voluntarily want to take it, and I think there's millions who want to take it," he added. "Let them get started and that way we can head towards immunity, combining natural immunity and vaccinated immunity, to get to what we want to much quicker but I think waiting another four months is foolish."