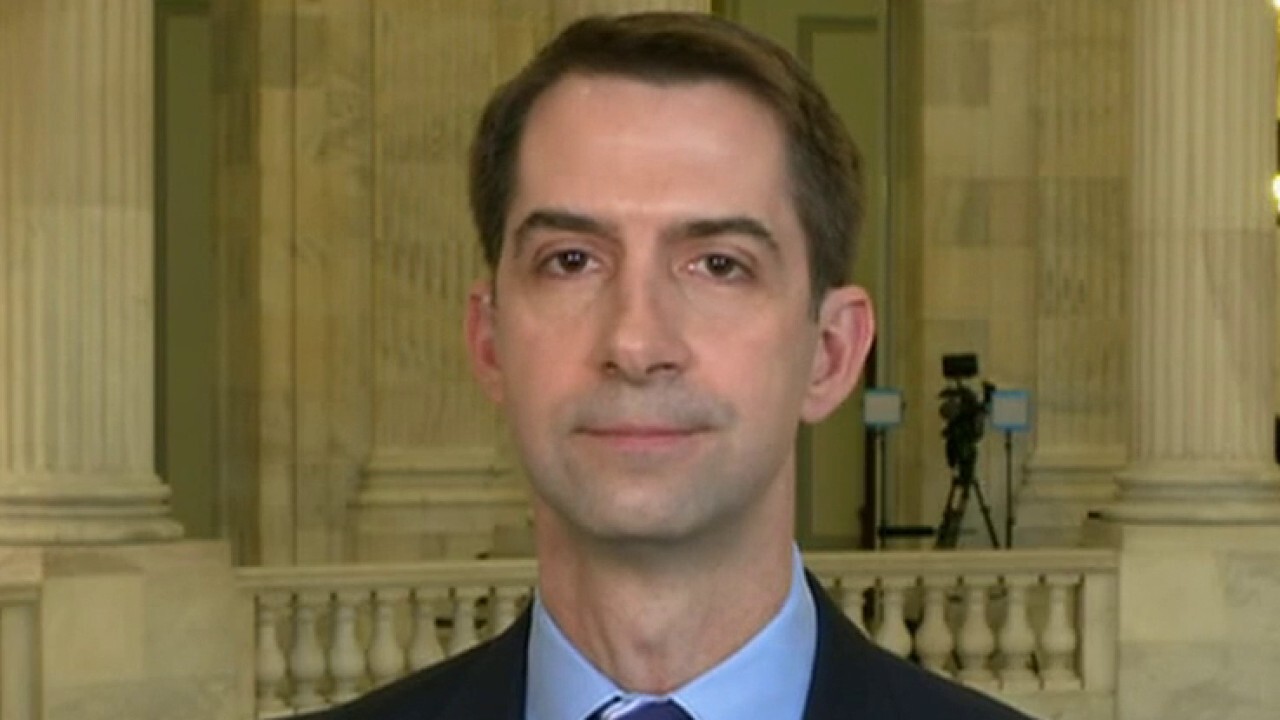 Sen. Tom Cotton said Sunday that China is "still lying" about the gravity of the coronavirus outbreak that has killed more than 1,660 people.

"The situation is very grave in part because … China was lying from the beginning, and they’re still lying today," Cotton, R-Ark., said. "And also because there are so many unknowns about this virus. For example, how many people one person can infect once they have the virus?"

Cotton called for a "targeted travel ban" on flights from China to the U.S. in late January before the Trump administration cracked down on such travel two weeks ago.

China criticized the U.S. controls, which it said contradicted the WHO’s appeal to avoid travel bans, and “unfriendly comments” that Beijing was failing to cooperate.

Coronavirus patients and medical staff dance to a lively Chinese song about red flowers at a makeshift hospital in Wuhan, China in this still frame obtained from video dated February 10, 2020. China News Service via REUTERS TV.

“Just as the WHO recommended against travel restrictions, the U.S. rushed to go in the opposite way. Certainly not a gesture of goodwill,” said foreign ministry spokeswoman Hua Chunying.

Cotton praised the administration for the decision.

"An ounce of prevention is worth a pound of cure, to quote Benjamin Franklin, and why the president was so smart to ban travel coming from China just a couple weeks ago so we didn’t have more than 20,000 people landing in our country every single day from mainland China," Cotton said.

He also brought up the "questions" surrounding the biosafety level 4 "super laboratory" in Wuhan, the city where the virus is believed to have originated.

In this Feb. 10, 2020, photo released by Xinhua News Agency, Chinese President Xi Jinping gestures near a heart shape sign and the slogan "Race against time, Fight the Virus" during an inspection of the center for disease control and prevention of Ch

"This virus did not originate in the Wuhan animal market," Cotton said. "Epidemiologists who are widely respected from China who published a study … have demonstrated that several of the original cases did not have any contact with that food market. The virus went into that food market before it came out."

"We also know that just a few miles away from that food market is China’s only biosafety level 4 super laboratory that researches human infectious diseases. Now we don’t have evidence that this disease originated there, but because of China’s duplicity and dishonesty from the beginning we need to at least ask the question," Cotton continued.