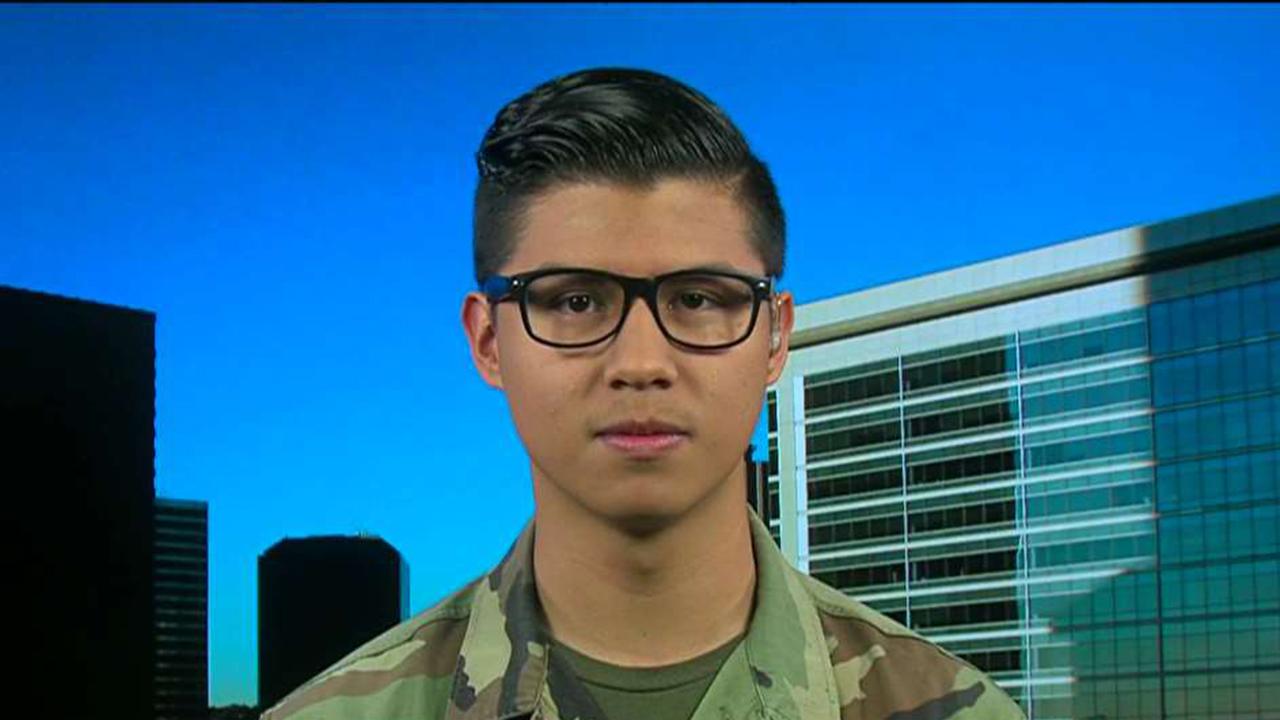 California high school student Victor Quinonez discusses how he was able to record his teacher’s anti-military rant and why he posted the speech online.

A student who recorded a California teacher’s anti-military rant told FOX Business he never intended for the video to go viral, but is satisfied with the result.

“The video was intended to be shown to my dad only because this is not the first time Gregory Salcido has gone on a military rant at all,” Victor Quiñonez said Monday.

Salcido, a teacher and city councilman in Pico Rivera, was terminated from his post at El Rancho High School after calling U.S. service members “the lowest of our low” in a video that triggered a widespread outcry.

“Think about the people who you know who are over there — your freaking stupid Uncle Louie or whatever — they're dumb…. They're not like high-level thinkers. They're not academic people. They're not intellectual people. They're the freakin’ lowest of our low,” Salcido said in a video using an expletive and recorded by Quiñonez.

Quiñonez, whose father served as a U.S. Marine, wore a Marine sweatshirt to class and was able to clandestinely record Salcido’s comments because the teacher allowed the use of cellphones.

“I pulled my phone out and secretly tried to record him. He didn’t know at all as you can see video, you could only see is my sweatshirt,” he said.

Some military veterans and parents expressed their anger and outrage at Salcido’s hearing, saying the teacher has continued to use the classroom as a bully pulpit.

“They leave everything behind here in order to protect their families, to protect everyone here in the U.S.,” Quiñonez said about defending military veterans. “I believe it was my turn to stand up for them while they stand up for us.”