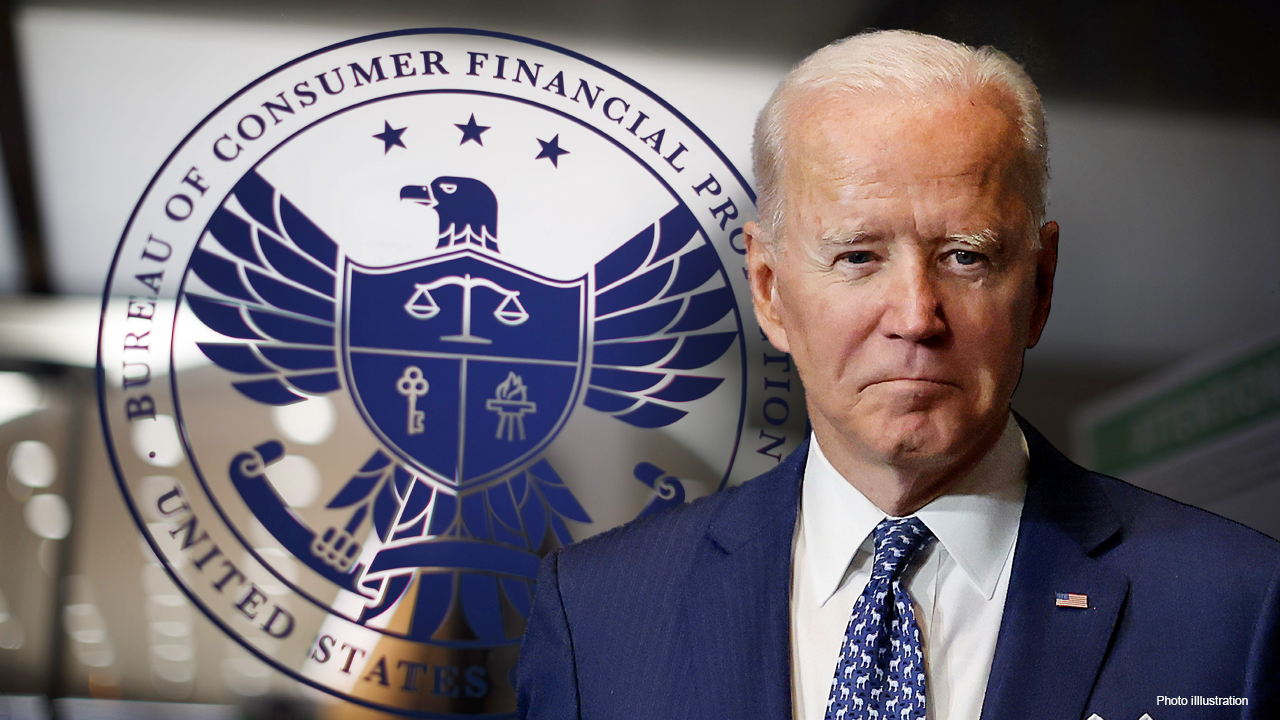 Iowa Sen. Joni Ernst explains she voted against the bipartisan infrastructure deal claiming Democrats have not presented the legislation in its entirety.

EXCLUSIVE: Republican Sen. Pat Toomey of Pennsylvania is demanding answers from the White House about reports indicating the Consumer Financial Protection Bureau potentially broke the law by forcing out career civil servants in favor of those loyal to President Biden's agenda.

Top-level CFPB employees were reportedly offered extraordinary separation incentives to step down from their positions. At least one CFPB employee was placed on administrative leave after a frivolous investigation was opened against them.

The allegations, if true, "may violate employment and other laws," wrote Toomey, ranking member of the Senate Banking Committee, in a letter addressed to Leandra English, chief of staff of the National Economic Council. English was a member of Biden’s transition team and tasked with reviewing operations at the CFPB.

English sued the Trump administration in 2017 in an effort to keep her position as acting director at the CFPB. Mick Mulvaney was tapped by then-President Trump to head the agency.

Specifically, Toomey wants to know if English is aware of whether the CFPB since Biden’s inauguration:

If English is aware of any of the above, Toomey asks that she provide details about who else was involved and when the events described occurred.

Neither the White House nor the CFPB responded to FOX Business’ request for comment.

The letter sent on Thursday comes weeks after the CFPB and Rohit Chopra, Biden’s pick to head the CFPB, stonewalled attempts by Toomey to seek clarity on the matter.

Toomey, on June 17, sent a letter to acting CFPB Director Dave Uejio, asking him to turn over documents related to the removal of those senior career officials. He also expressed his concern that the agency’s action may have been in violation of the law.

That same day, Toomey sent a letter to Chopra, requesting information on whether he was aware of, or involved in, the previously described actions.

Chopra did not respond to Toomey’s letter by the June 21 deadline. To date, no response has been received. The CFPB, for its part, has not turned over documents related to the matter..

Toomey is not the only member of Congress to express concerns about the "patronage system" at the CFPB. Rep. Jody Hice, R-Ga., a member of the House Oversight and Reform Committee, earlier this month asked Mark Bialek, the inspector general of the Board of Governors of the Federal Reserve, to investigate the matter.