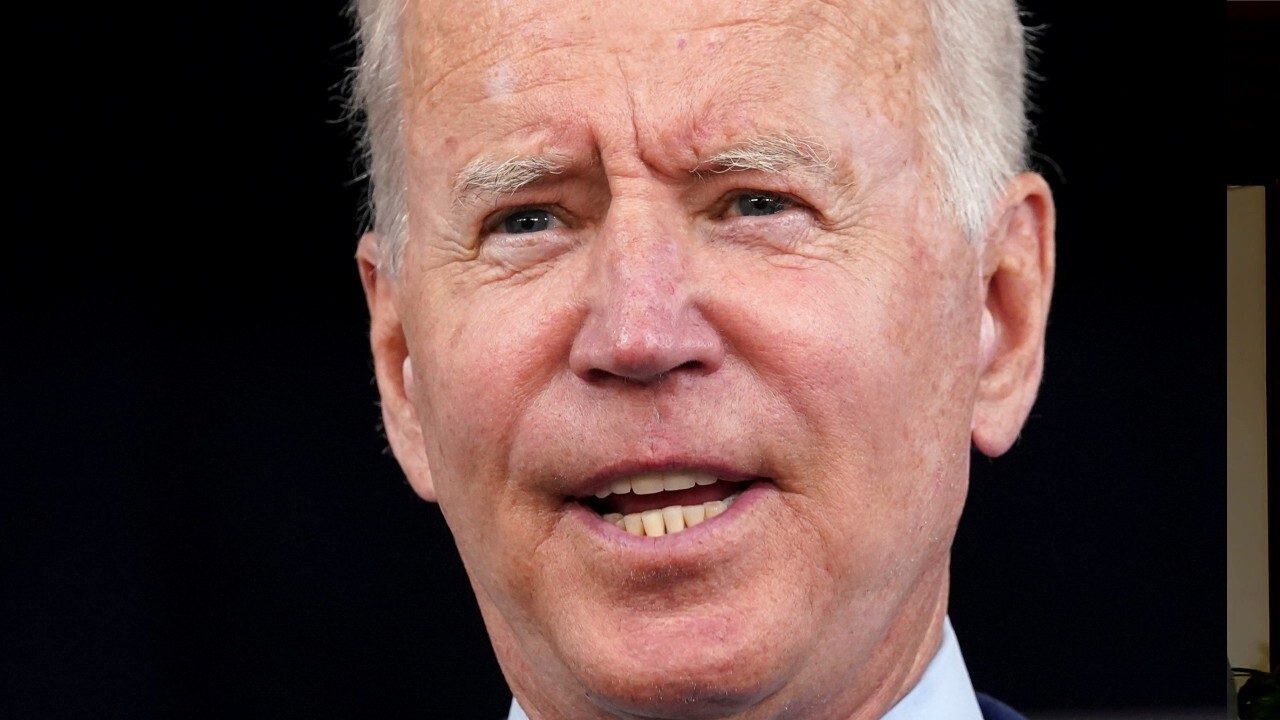 President Biden is convening world leaders at the Group of 20 summit on Sunday to talk about ways to relieve the supply chain bottlenecks hampering the global economy as it recovers from the coronavirus pandemic.

Despite devoting a combined $15 trillion to combat the fallout from COVID-19, many of the world's largest economy are slogging through mass shortages as ships are waiting to dock, the prices of shipping containers climb, not enough trucks exist to haul goods from ports, and virus outbreaks halt factory production.

Supply chain issues have emerged as a point of economic and political pain for Biden, as the delays have contributed to inflation and potentially put a damper on holiday shopping. Republican lawmakers have cited the threat of inflation and supply chain challenges in critiquing Biden's economic leadership.

President Biden takes his position for the "family photo" of the G20 summit at the La Nuvola conference center, in Rome, Oct. 30, 2021. (Associated Press)

In Sunday's meeting, the president plans to discuss at the G-20 how each country can identify and resolve bottlenecks, said a senior administration official who requested anonymity to discuss the plans. The goal is to help relieve pressures and boost growth.

There is also the broader goal of greater coordination among countries so that supply chains are more resilient. This means increased transparency on shipping issues, so that possible problems can be identified and addressed. After the pandemic shut down factories, Biden plans to discuss how countries can identify strategies to ensure the production of essential goods such as computer chips are not taken offline for an extended period of time.

The president planned to make announcements on U.S. plans to stockpile critical minerals and metals, as well as detail which U.S. resources will be available to end blockages at key ports around the world, the senior administration official said.

Biden will also meet with Turkish President Recep Tayyip Erdogan on Sunday morning. Biden winds down his time in Rome on Sunday and heads to Glasgow, Scotland, on Monday for a U.N. climate conference.

The president will end the day by holding a news conference, where his domestic agenda might generate as much attention as his foreign policy efforts. House Democrats are hoping to vote Tuesday on his $1.75 trillion spending plan for families, health care and the environment as well as on his $1 trillion infrastructure plan that has already cleared the Senate.