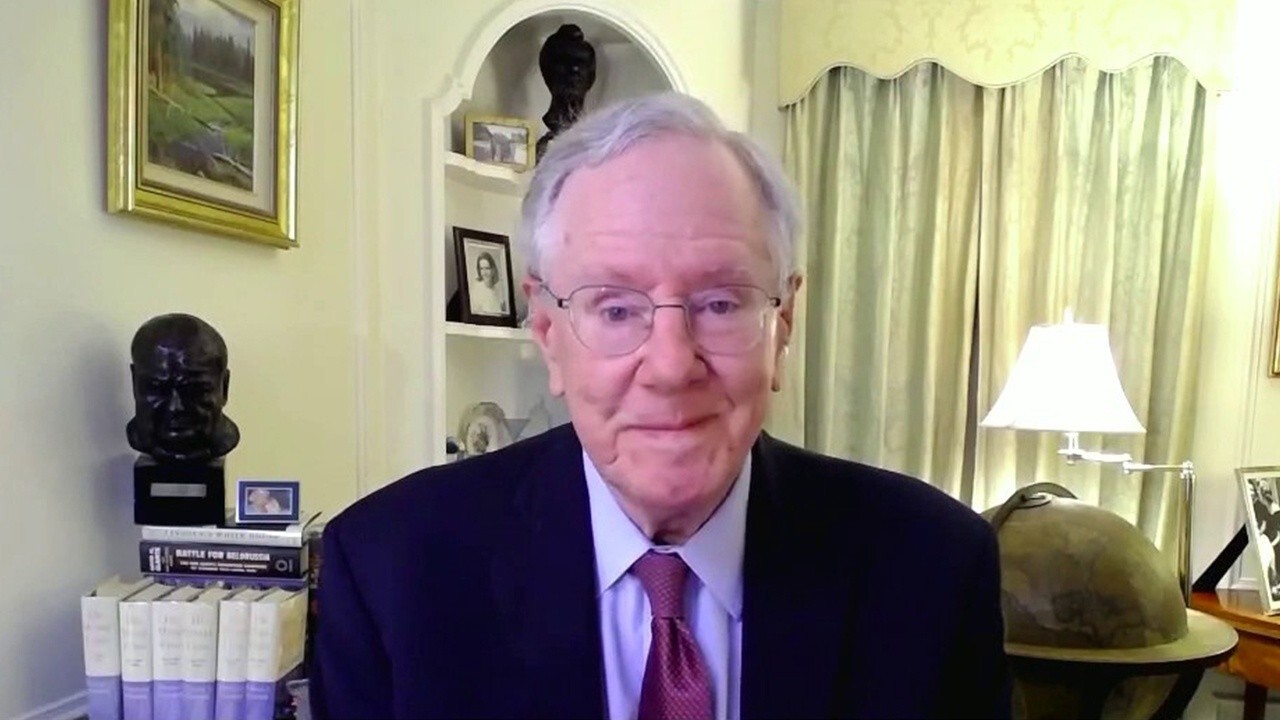 US defense budget is declining if inflation is considered: Steve Forbes

Forbes Media Chairman Steve Forbes on the Biden administration’s announcement that it will pull all troops from Afghanistan by September 11.

President Biden’s plan to withdraw U.S. troops from Afghanistan by September 11 is a strategic "disaster" and "major blunder on the budget side," Forbes Media Chairman Steve Forbes told FOX Business’ "Mornings with Maria" on Wednesday.

BIDEN WANTS TO WITHDRAW ALL 2,500 US TROOPS FROM AFGHANISTAN BY 9/11: SENIOR DEFENSE OFFICIAL

STEVE FORBES: It's a disastrous thing that they have done. First, announcing any kind of withdrawal date is wrong and doing it on 9/11, which is why we went in there – yes, we're not going to ever make Afghanistan a real American-style democracy, but having enough forces there with our NATO allies to make sure the bad guys -- the Taliban -- don't get control of the country again, which led to 9/11, is the key.

Also, the timing of this, Maria, is a disaster. It's a strategic blunder. Here we have China being very aggressive against Taiwan, the South China Sea. Russia being very aggressive against Ukraine. Iran is up to no good again. And here we're going to withdraw from Afghanistan. What does that tell our adversaries? America is in a weakened state. So the timing of it is dreadful. It's going to be bad in Afghanistan, bad strategically and globally for our interests in terms of a more secure world. Sends exactly the wrong signal. I can't believe they're doing it like this.

You see it in the defense budget, which in terms of inflation is actually a decline. Again -- exactly the wrong signal you want to send to the world. It says, rhetoric aside, we'll shake our fists if you do something wrong. But America is in the most weakened state, coming across as the most weakened country since the 1970s. Again, a major blunder on the budget side.