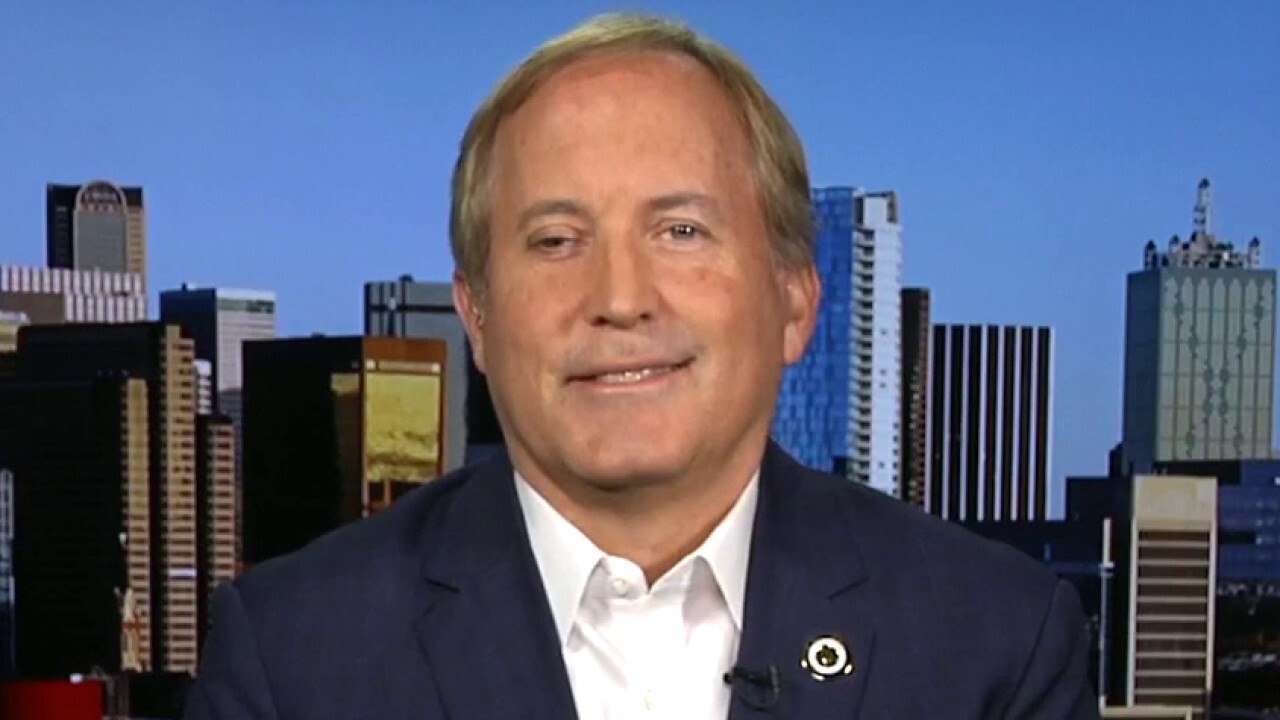 Texas Attorney General Ken Paxton speaks out his lawsuit against the White House's 'unconstitutional' vaccinate mandate for private employers and discusses the crisis at the southern border.

The Biden administration is arguing that a federal court should delay a decision about whether to invalidate its COVID-19 vaccine and testing mandate, and that objections from businesses suing against the mandate are without basis because of the virus' dangers.

The comments came in a brief filed Monday with the Fifth Circuit Court of Appeals, which temporarily paused enforcement of the mandate on Saturday. The court is further considering whether to permanently strike down the rule from the Occupational Safety and Health Administration (OSHA).

But a letter from the Department of Justice (DOJ) Monday revealed that due to the massive volume of lawsuits against OSHA over the mandate, a federal panel will consolidate all of the cases and assign them to one court. That will likely happen sometime next week.

"The Judicial Panel on Multidistrict Litigation will ‘random[ly] designate’ one circuit from among those where petitioners were filed within ten days of the Standard’s issuance," the government said in its Monday brief. "That process will likely occur on or about November 16—21 days before the December 7 date that petitioners allege is the earliest date that any employee could be required to receive a vaccine and 51 days before petitioners’ employees would be required to start testing."

The mandate requires workers at companies with more than 100 employees to get vaccine. President Biden ordered his administration to create the rule in September. It was issued by OSHA as an emergency temporary standard – a little used process that has run into legal challenges in the past.

Government lawyers, however, argue that on the emergency temporary standard is valid on its merits because of how dangerous the coronavirus is.

"Taken together, these risk-mitigation methods will protect unvaccinated workers against the most serious health consequences of a COVID-19 infection and ‘reduce the overall prevalence’ of the COVID-19 virus ‘at workplaces,’" the brief says. "Indeed, OSHA estimates that the Standard will ‘save over 6,500 worker lives and prevent over 250,000 hospitalizations over the course of the next six months.’"

The plaintiffs in the case, which are represented by the First Liberty Institute, are due to respond to the government's argument by 5 p.m. Tuesday.

In this July 27, 2020, file photo, nurse Kathe Olmstead prepares a shot that is part of a possible COVID-19 vaccine, developed by the National Institutes of Health and Moderna Inc., in Binghamton, New York. (AP Photo/Hans Pennink / AP Images)

After that point, the Fifth Circuit could make a ruling in the case. It is not expected to do anything until at least next week, though, because of the impending decision by the multidistrict litigation panel to assign the barrage of cases against the OSHA mandate to one court.

The plaintiffs' reply brief is expected to argue that OSHA went beyond its authority and violated the Constitution.

"We don’t live in a dictatorship where a President can issue an edict and take over all of the large companies in our nation and the lives of over 84 million Americans," First Liberty Institute president, CEO and chief counsel Kelly Shackelford told FOX Business. "There is simply no constitutional authority for the federal government to impose a national vaccine mandate on more than 80 million working Americans… The Fifth Circuit was correct in saying that the OSHA mandate raises grave constitutional and legal concerns."