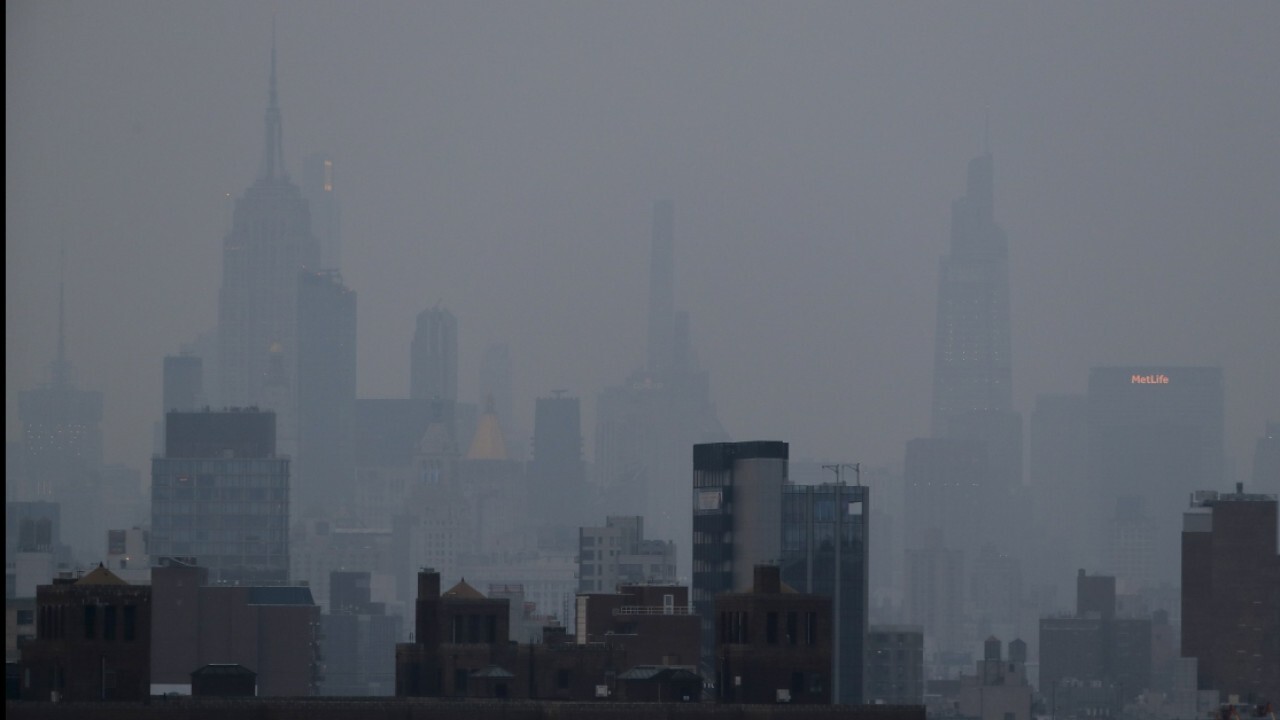 FOX Business' Cheryl Casone on wildfires in California and Oregon and their environmental impact.

The Biden administration’s budget proposal for the fiscal year 2022 includes a more than $1.5 billion plan to fight historic droughts and fires that are sweeping the West.

Speaking to reporters from Denver at the start of her three-day visit to address the crises, Interior Secretary Deb Haaland unveiled the proposal.

"Drought doesn't just impact one community. It affects all of us – from farmers and ranchers to city dwellers and Indian tribes. We all have a role to use water wisely," Haaland said.

The budget proposal includes a $1.5 billion spending plan in the Bureau of Reclamation, which manages water and power in the Western states, and more than $54 million for states, tribes, and communities to upgrade infrastructure and water planning projects.

The American West is gripped by the worst drought in modern history, including most of western Colorado. The northern part of the state is experiencing deadly flash flooding and mudslides after rain fell in areas scarred by massive wildfires last year. Fires are burning across the West, most severely in Oregon and California, while the drought stresses major waterways like the Colorado River and reservoirs that sustain millions of people.

Among other initiatives, Haaland said the Bureau of Reclamation is working to identify and dispense "immediate, technical and financial assistance for impacted irrigators and Indian tribes."

The agency overseen by the Interior Department manages nearly 250 million acres of public lands, most of which are in the West.

Haaland is visiting as severe and intense dry periods sweeping areas of the West over the last several years have resulted in more intense and dangerous wildfires, parched croplands, and a lack of vegetation for livestock and wildlife, according to government scientists.