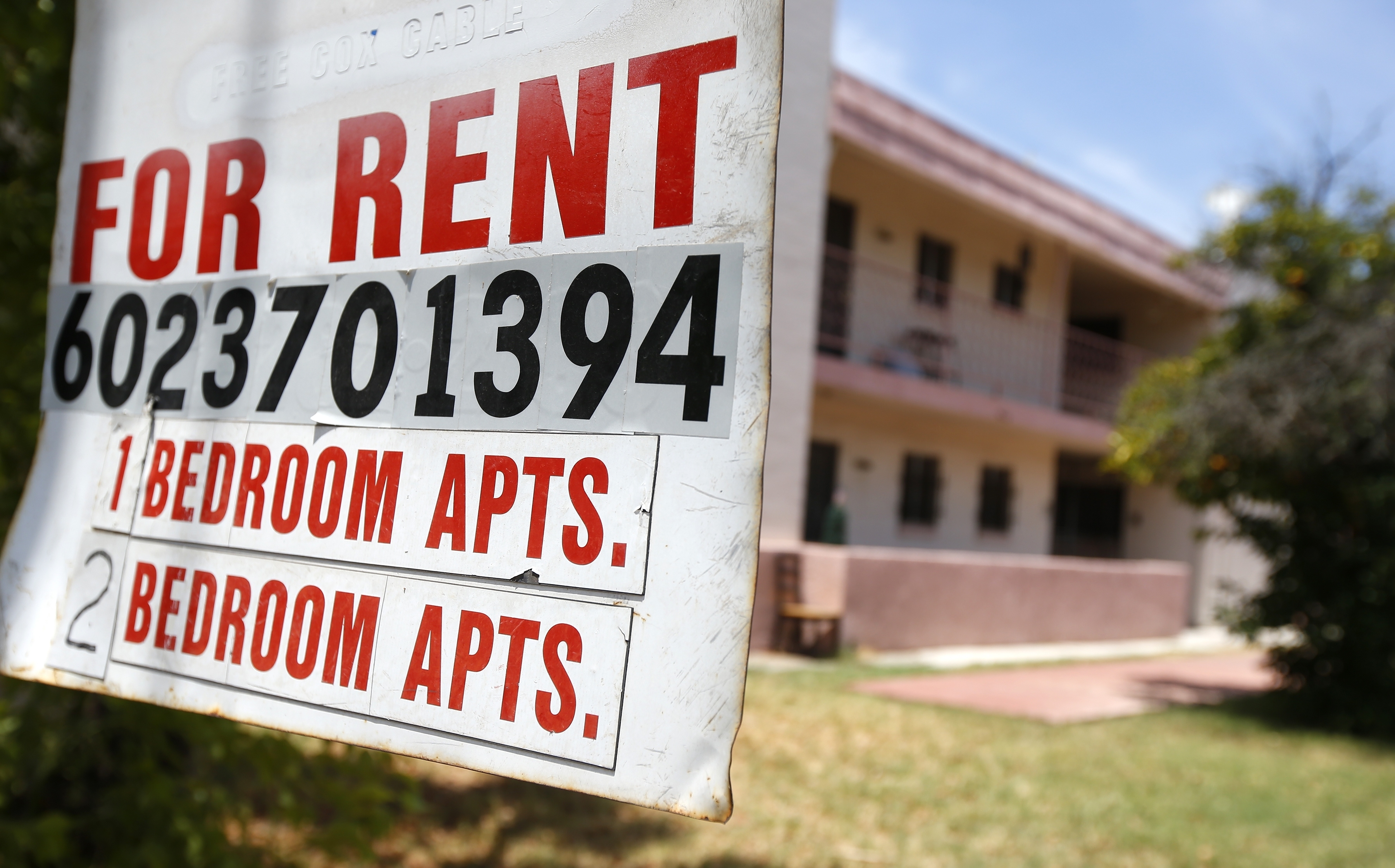 Housing advocacy groups in Arizona have joined lawmakers in lobbying Gov. Doug Ducey to extend his coronavirus-related moratorium on evictions, which will expire next week and allow authorities to start removing hundreds of renters in a state that's a national hot spot for both infections and scorching summer weather.

“It’s so hot in Arizona, you cannot live outside if you lose your home,” said Meghan Heddings, executive director of Family Housing Resources in Tucson, which is among the groups advocating for an extension. “And, of course, we’re still in the middle of a pandemic.”

States from Nevada to Virginia also have recently lifted or are about to end moratoriums on rent payments and foreclosures designed to get people through the pandemic and its economic fallout. Pennsylvania recently announced it will extend its moratorium until the end of August, while Boston will keep its ban on most public housing evictions until the end of the year.

Arizona's 120-day order ending July 22 was supposed to ensure people wouldn't lose their homes if they got COVID-19 or lost their jobs during pandemic restrictions. But advocates say it's too early to end the ban because most of the government money set aside to help pay rents and mortgages still hasn't been doled out.

Meanwhile, virus cases in Arizona keep rising, with 3,257 new infections and 97 more deaths reported Wednesday. Arizona leads the U.S. in new confirmed cases per capita over the past two weeks.

Patrick Ptak, a spokesman for Ducey, said Wednesday the governor is working with all parties on a policy to protect renters and keep them in their homes. Ptak said an announcement is expected later this week.

Unless the Republican governor extends or otherwise modifies his eviction moratorium, court officers can force out people temporarily allowed to stop paying rent after falling ill with COVID-19 or losing their jobs because of the pandemic. It's unknown how many people facing eviction already moved out voluntarily.

Family Housing Resources and more than a dozen other groups noted in a letter to Ducey last week that the Arizona Housing Department has a backlog of people trying to get rental assistance. About $4 million of $5 million allocated in March to help people struggling because of the virus has still not been distributed.

Some are still struggling to get their first unemployment checks. After July, those checks will lose the extra $600 in federal money provided each week to help during the pandemic, dropping the average weekly check to $240 or less.

“We have to get more time so this doesn’t become a catastrophe," said Stacy Butler, director of the Innovation for Justice Program at the University of Arizona’s James E. Rogers College of Law.

The Maricopa County Board of Supervisors Wednesday announced a more richly funded program, $30 million to help renters affected by the pandemic outside Phoenix and Mesa. The county's Human Services Department will administer the program funded with federal virus relief dollars and delivered through community programs.

It is expected to help about 6,000 households with three months of rent paid directly to landlords, who say they also are hurting.

Ann Gregory of Gregory Real Estate Management sued Ducey this month, asking a court to allow the eviction of a family in a rental home in Surprise over unpaid rent, which the firm says has now reached $8,000. The lawsuit says Ducey’s executive order exceeds his authority and fails to compensate property owners for their losses.

Renters are still legally required to eventually pay back everything they owe from the time they started withholding payments, with some people now three or four months behind.

Data about eviction cases is hard to get because the pandemic has severely limited Arizona's justice courts. A court spokesman says the 26 justice courts in Maricopa County, where Phoenix is located, are operating but that most hearings are held virtually.

The University of Arizona’s Innovation for Justice Program has been analyzing eviction figures from the nonprofit, nonpartisan think tank the Aspen Institute, which predicts 20 percent of U.S. renters, including 577,733 in Arizona, will be at risk for eviction by the end of September.

Program researchers also are drawing on a recent state-by-state analysis of potential future evictions by the international consulting firm Stout Risius Ross. The firm says over 42 percent of Arizona renters may be unable to pay their housing costs, and up to 365,000 renter households are at high risk for eviction.

State lawmakers and members of Arizona's congressional delegation also have written to Ducey.

Democratic U.S. Rep. Ann Kirkpatrick told the governor in a June 10 letter that lifting the ban on coronavirus-related evictions could be "a recipe for disaster and mass homelessness” and advocated for keeping the moratorium until year's end.

“Arizona is home to some of the hottest cities, and with over 100K COVID-19 cases, we must extend, immediately, the moratorium on rent,” wrote Kirkpatrick, who represents southern Arizona, including Tucson. “We cannot create an epidemic of homelessness on top of a global health and economic crisis."