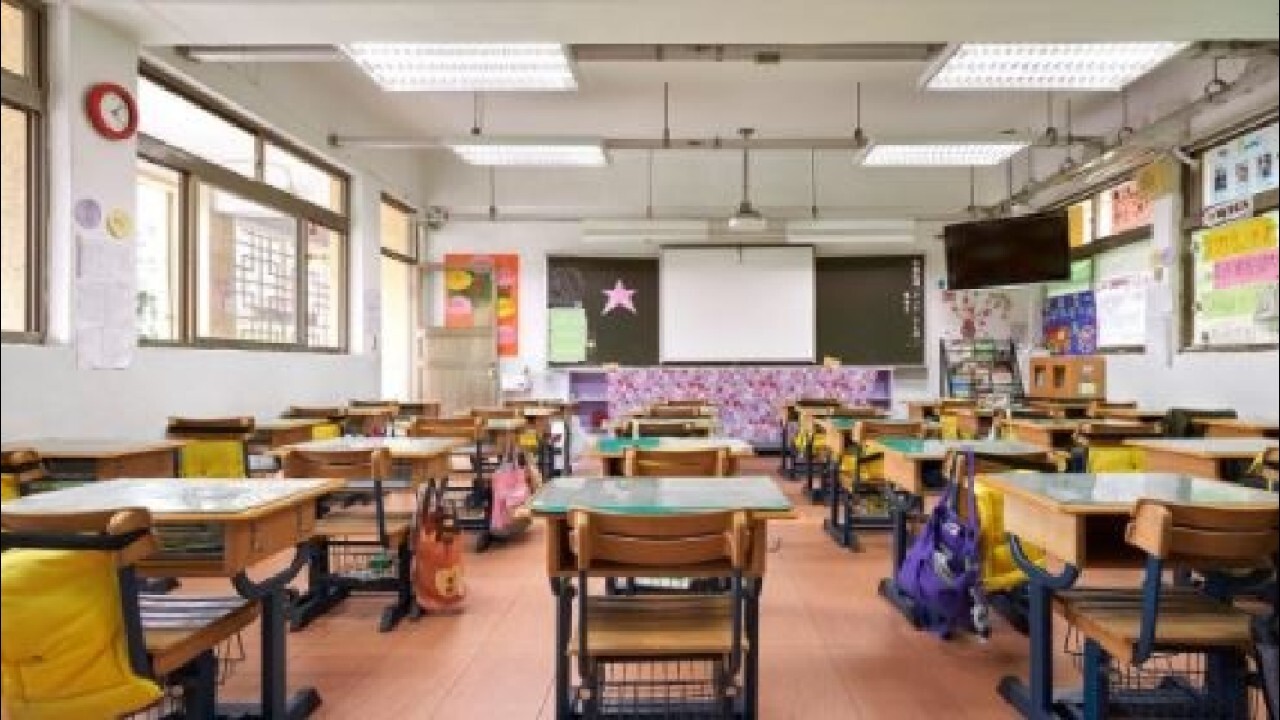 RNC committeewoman for Oklahoma Pam Pollard on the Board of Education being allowed to prohibit race-focused curriculums from entering classrooms.

American Express subjected its employees to a series of critical race theory training sessions that encouraged staff to rank themselves on a hierarchy of "privilege" and apply that hierarchy in the workplace, with the more "privileged" employees deferring to staff from "marginalized groups."

According to internal documents reviewed by Christopher F. Rufo, a senior fellow at The Manhattan Institute, and first reported in The New York Post, Amex executives created an internal "Anti-Racism Initiative" after the death of George Floyd, subjecting employees to a training program based on CRT tenets, including intersectionality, which categorizes people as "oppressors" or "oppressed" based on racial, gender, sexual, and other identities.

In the trainings, the outside consulting firm Paradigm urged Amex employees to construct their own intersectional identities, mapping their "race, sexual orientation, body type, religion, disability status, age, gender identity [and] citizenship" on an official company worksheet. Employees could then determine whether they have "privilege" or are members of a "marginalized group." Whites, males, heterosexual people, Christians, able-bodied people, and citizens would presumably count as "privileged."

In another session, consultants instructed employees to change their behavior in the office based on their relative position on the intersectional hierarchy. According to Rufo, the session included "a blue flowchart with specific rules for interacting with black, female and LGBT employees: If members of a subordinate group are present, workers should practice ‘intersectional allyship’ and defer to them before speaking."

Rufo cited another handout, which instructed white employees to "identify the privileges or advantages you have"; not to "speak over members of the black and African-American community"; and to analyze their speech and actions based on their impact on others, not their intent: "It’s not about your intent, it’s about the impact you have on your colleague."

The training sessions also warned white employees to avoid certain phrases as "microaggressions." Forbidden phrases include: "I don't see color"; "We are all human beings"; and "Everyone can succeed in this society if they work hard enough." 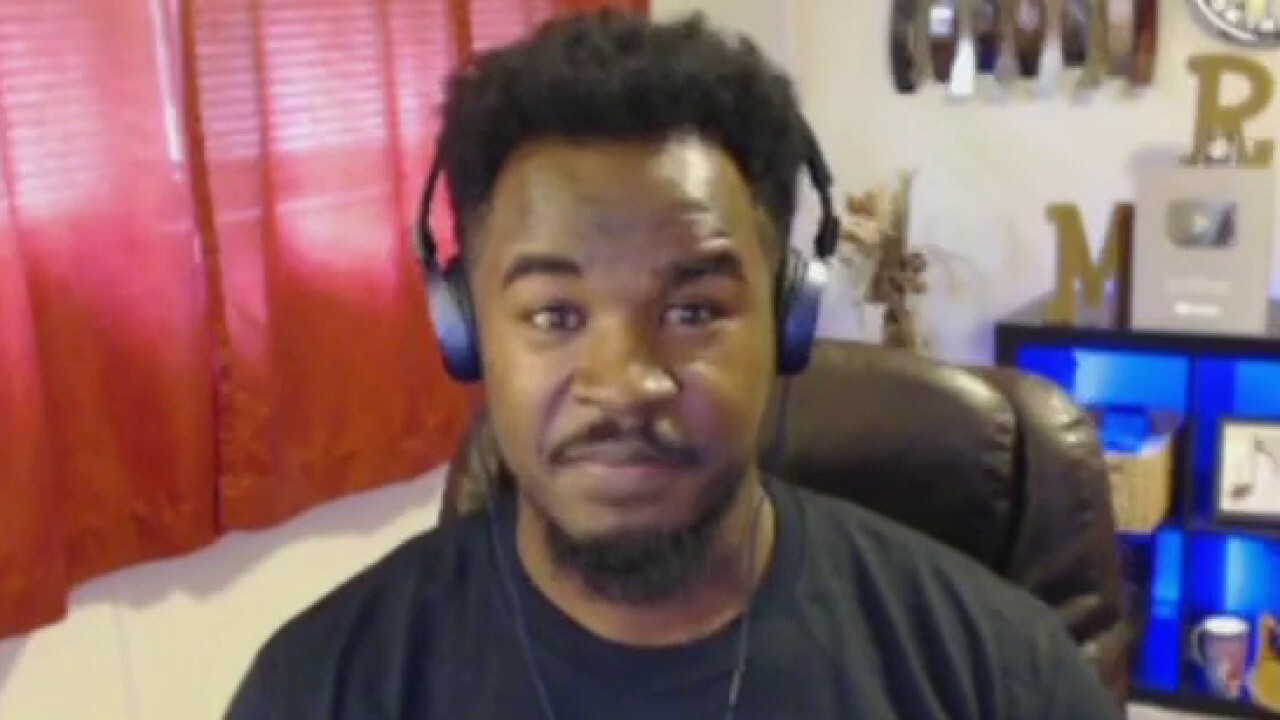 Ty Smith, a father and conservative YouTuber, says it will be up to action by parents to get critical race theory out of schools.

Rufo noted a high-profile "anti-racism" event, in which Amex executives invited Khalil Muhammad – a great-grandson of Nation of Islam founder Elijah Muhammad – to speak on "race in corporate America." He argued that capitalism was founded on racism and that "racist logics and forms of domination" have shaped Western society since at least the Industrial Revolution.

"American Express has to do its own digging about how it sits in relationship to this history of racial capitalism," Muhammad said. "You are complicit in giving privileges in one community against the other, under the pretext that we live in a meritocratic system where the market judges everyone the same."

Muhammad argued that the credit card company should reduce standards for black customers and sacrifice profits in the interest of race-based reparations.

"If American Express cares about racial justice in the world, it can’t simply say the market’s going to define how we price certain customers, who happen to come from low-income communities," he said. "If you want to do good, then you’re going to have to set up products and [product] lines that don’t maximize profit."

Amex's "Anti-Racism Initiative" training module recommends a series of resources for employees to "learn about covert white supremacy" (quoting Ibram Kendi) and dedicate themselves "to the lifelong task of overcoming our country's racist heritage." In October 2020, Amex announced a $1 billion "action plan" to increase diversity, invest in more minority-owned businesses, and donate to nonprofits that promote "social justice."

Justin Danhof, executive vice president at The National Center for Public Policy Research and an American Express shareholder, expressed outrage at the CRT trainings, which he described as "blatantly racist."

"As an American Express shareholder, this is deeply disturbing," Danhof told Fox News. "Critical Race Theory trainings, such as the ones American Express subjected its employees to, are blatantly racist. Full stop."

"Furthermore, the fact that they paid an outside firm - with shareholder money mind you - to come and conduct seminars that divided American staffers by race, gender, and who they prefer as sexual partners is insane," the shareholder added. "The company's management must explain how spending scarce resources to divide its staff along racial lines, potentially creating a hostile work environment, possibly increases shareholder value. Furthermore, to invite a speaker like Khalil Muhammad to rail against American capitalism shows just how much socialist and even Marxist thought now permeates American businesses."

Danhof countered some of Muhammad's arguments against capitalism.

"American capitalism is the greatest engine for human prosperity ever created by man, but all this woke nonsense is a cancer. Let's hope we still have time to kill the cancer of woke before it takes down its host," he said.

American Express did not respond to Fox News' request for comment.