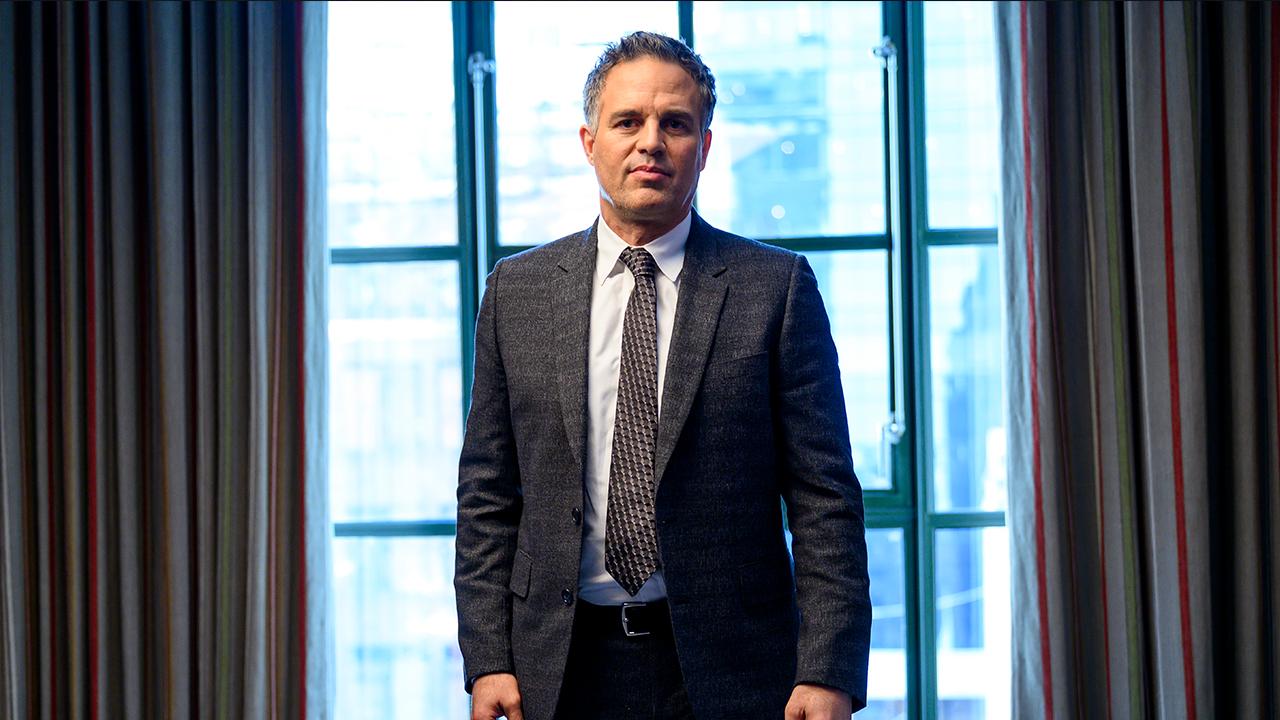 A year ago, Shoshana Zuboff dropped an intellectual bomb on the technology industry. She hasn’t stood still since.

In a 700-page book, the Harvard scholar skewered tech giants like Facebook and Google with a damning phrase: “surveillance capitalism.” The unflattering term evokes how these companies vacuum up the details of our lives, make billions from that data and use what they’ve learned to glue our attention more firmly to their platforms.

A bestseller in Canada and Britain, “The Age of Surveillance Capitalism” was published in the U.S. in January, is being translated into 17 languages and has inspired two small theaterproductions. Zuboff, meanwhile, has spoken to audiences from Los Angeles to Rome and counseled politicians across Europe and North America.

She has offered input on several pending U.S. privacy bills and wrote a 34-page policy paper for the House Judiciary Committee, whose antitrust panel is looking into Big Tech’s potential abuse of its market dominance. In early November, she received the Axel Springer award, a four-year-old honor for technology luminaries offered by the eponymous German publisher. (Its first recipient was Facebook CEO Mark Zuckerberg; last year Amazon’s Jeff Bezos got it.)

Zuboff has “put the language of economics around the experience that we all know we’re having,” says Beeban Kidron, a film director and U.K. House of Lords member who spearheaded child-protection rules limiting how apps gather data and tempt kids to linger online. “She’s a rock star.”

Early on, Zuboff realized that researchers had missed the importance of the ambient data that digital services collect — where we use them, for how long, what we like, what we linger on and with whom we associate. They were calling it “digital exhaust.”

Zuboff saw that this data wasn’t just an unexpected byproduct of online services, says Chris Hoofnagle, a University of California-Berkeley privacy expert. “It is the product.”

Tech industry allies denounce Zuboff’s thesis as conspiracy-minded hyperbole and argue that consumers willingly trade their personal data for access to valuable services that don’t cost them a cent. Google and Facebook declined to discuss Zuboff or her book.

But after more than a year of tech-related privacy scandals, malign election-interference and online platform-fueled extremism and the U.S. government’s first tentative steps toward reining in its technology titans, it’s become clear that Zuboff helped crystallize previously vague apprehensions about the tech industry.

In her slashing diagnosis, the dark-maned, fashionably bespectacled academic describes how Silicon Valley’s once-utopian promises degenerated into the like button and that shoe advertisement that follows you around the internet.

In person, Zuboff is focused and precise. She speaks in composed paragraphs and brooks no interruption until she has unfurled a thought. The effect is of a highly structured thinker compelled to make complete arguments before she can move on to the next topic.

And her book can be a difficult read. Open to a random page and you’re likely to confront phrases such as “behavioral surplus,” “prediction markets” and “instrumentarianism.”

Cut through the jargon, though, and Zuboff’s indictment is straightforward: Tech companies put out new apps designed to suck up our data trails; companies then use those insights to steer us toward our next YouTube video or Facebook interaction or Amazon purchase — and to develop their next apps. Rinse and repeat.

Such manipulations aren’t unique to tech companies, although Zuboff argues that the industry has refined them to such a frightening degree that they are molding our behavior. Worse, she says, they’re spreading. “By now this is a virus that has infected every economic sector,” Zuboff told international parliamentarians in May.

The rise of surveillance capitalism strikes a sharp contrast with Silicon Valley’s hallowed self-image as a champion of personal autonomy, creativity and liberation. In an iconic 1984 television ad introducing the Macintosh computer, Apple portrayed itself as a lone runner smashing the grip of a Big Brotherish figure —an obvious stand-in for IBM — lecturing rows of stone-faced conformists.

Zuboff traces the origin of surveillance capitalism to 2001 as Google, then little more than a search engine, considered going public. Faced with the need to generate revenue, founders Larry Page and Sergey Brin decided to mine the data Google amasses when people make searches —such as what you searched for, when and where you searched and which results you clicked.

That helped Google improve search results but also informed it about users’ family lives, religious beliefs, ethnicity, political or sexual persuasion and more. Google fed those clues into a personalized advertising machine and the company became a global juggernaut.

Following Google’s example, Facebook and other tech companies offered an irresistible bargain. People could connect to long-lost friends, search the world’s information and watch endless streams of video at no cost. Before long, smartphones launched an explosion of “free” apps with a hearty appetite for your data.

Nowadays, your movements, conversations, facial expressions and more are snatched by smart TVs, thermostats, refrigerators, doorbell cameras and connected cars. Your smart TV might read how you react to shows or ads. Smart speakers can capture unguarded chatter. Behind the scenes, artificial-intelligence systems comb through that data to compile dossiers on each of us.

“When you walk people through all this at first it can feel really alarming, and (they) go into denial and say, ‘This isn't happening — maybe that guy was just exaggerating,’” said Tristan Harris, a former Google design ethicist and co-founder of the Center for Humane Technology.

One of the first women professors to earn tenure at Harvard Business School, Zuboff won plaudits for her early grasp of how digital technology would transform the business world. Her 1988 book “ In the Age of the Smart Machine ” highlighted how automation might lead to less hierarchical, more collaborative workplaces.

Her next book, “ The Support Economy ” — co-written with her late husband James Maxmin — predicted that out-of-touch corporations run from isolated boardrooms would give way to rivals responsive to the feedback of technology-empowered consumers.

To Zuboff, surveillance capitalism poses a deep and existential threat, one whose hidden costs are intentionally obscured by executives much more eager to talk about new features than data-collection strategies.

It is an “antidemocratic and anti-egalitarian juggernaut,” she writes. In the name of personalization, she says, “it defiles, ignores, overrides and displaces everything about you and me that is personal.”

Consider, for instance, how long it took to energize public concern about Facebook’s sloppy handling of user data. The company was sanctioned by the U.S. Federal Trade Commission for privacy violations in 2011, but Facebook didn’t get critical attention from Congress until two years ago, when Russian election interference and the Cambridge Analytica scandal linked its voracious data collection to the election of President Donald Trump.

Not everyone agrees with the Zuboff prescription, to put it mildly. Vice President Carl Szabo of the e-commerce trade group NetChoice, whose members include Facebook and Google, said her book “paints a typical dystopian picture of technology, dismissing the remarkable benefits of online platforms and data analysis.”

The vice president of an industry-affiliated think tank, Daniel Castro of the Information Technology and Innovation Foundation, said an alternative explanation to Zuboff’s arguments is that “consumers are generally satisfied with the tradeoffs they make.”

That’s not what the Pew Research Center found in a June U.S. poll. Eighty-one percent of respondents said they feel they have little or no control over the data companies collect on them and that the potential risks of that data-collection outweigh the benefits.

In a lengthy polemical review of Zuboff’s ideas, socialist cultural critic Evgeny Morozov said some of her conclusions on surveillance capitalism outrun her evidence. Among other things, he argued that she failed to prove that surveillance capitalism is a “soul-sucking” rebirth of totalitarianism that makes people puppets of manipulative data wizards.

Zuboff acknowledges there is no simple way to undo surveillance capitalism. Breaking up technology giants, she says, would do little to prevent their smaller progeny from continuing their work.

She does think the EU’s year-old data protection rule and California’s new data privacy law, which takes effect in January, are a good start. So is a recent flurry of regulatory energy in Washington. “I think it’s the very early stages of a sea change,” she says.

Whatever form it takes, change will take time, Zuboff says.

She takes heart from an unlikely source: the free-market economist Milton Friedman, who taught one of her classes when she was a student at the University of Chicago. Friedman, she says, frequently noted that the law can take decades to catch up with societal change.