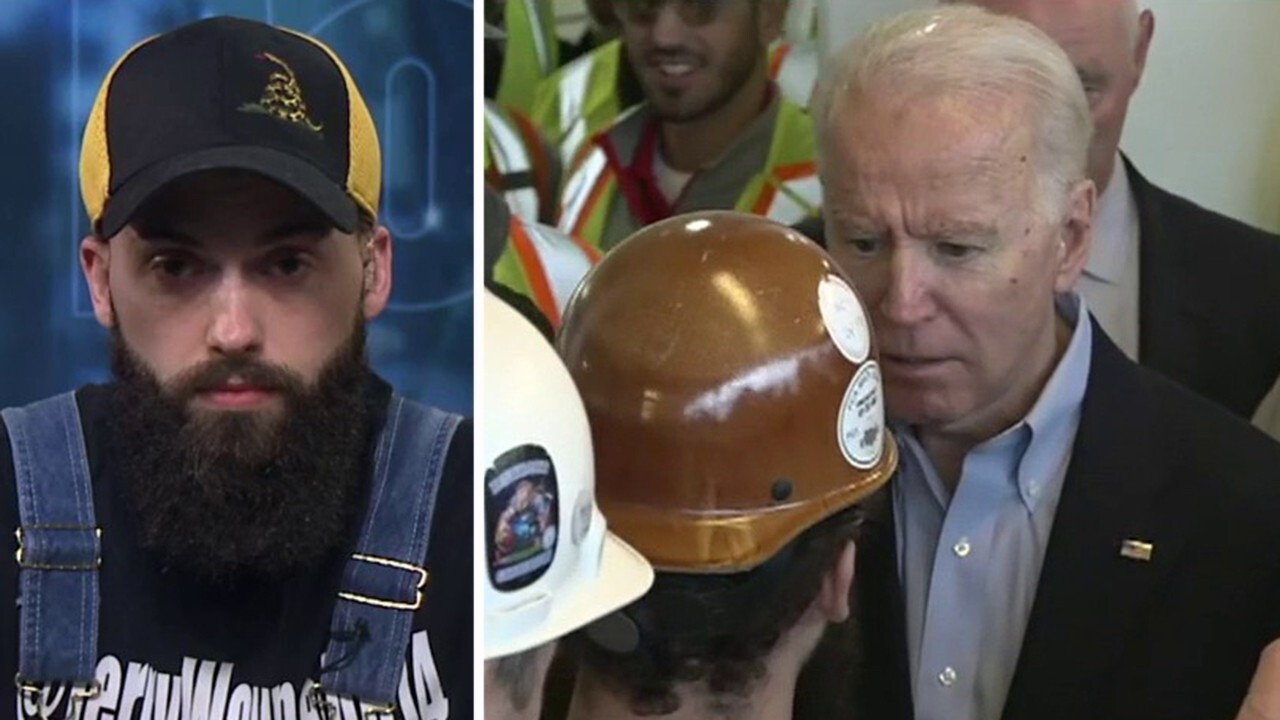 The Michigan auto worker who confronted Joe Biden about his stance on gun control said on Wednesday that the Democratic presidential candidate was unprepared to defend his position and “went off the deep end” during their heated, profanity-laced exchange.

"I thought I was pretty articulate and respectful," the auto worker, Jerry Wayne, said during an interview on "FOX & Friends." "I didn't try to raise any feathers. He kind of just went off the deep end."

As Biden greeted workers at the Fiat Chrysler Automobiles plant in Detroit ahead of the state's primary on Tuesday, Wayne told the former vice president that he was "actively trying to take away our Second Amendment rights and take away our guns."

"You're full of s--t," Biden responded, saying that he supports the Second Amendment and has owned several shotguns for hunting over the years. "I'm not taking your guns away at all."

BIDEN, SANDERS TO DEBATE WITHOUT LIVE AUDIENCE AS CORONAVIRUS SPREADS

"He started making his rounds, shaking people's hands, and he made it to my way. And I stopped him, and I started to ask him a question," Wayne said. "He could have easily said, 'I'm not taking questions,' and I would have very respectfully walked away. But he wanted to listen to my question, and I don't think that he was ready for it."

Biden argues with a worker about his gun control policies during a campaign stop at the FCA Mack Assembly plant in Detroit, Tuesday. REUTERS/Brendan McDermid (Reuters)

The feisty exchange, in which Biden also urged Wayne to not be a "horse's a--," quickly went viral, with Vermont Sen. Bernie Sanders' campaign, the National Rifle Association and President Trump's re-election campaign circulating it online.

'We will literally pay them to keep promoting it," Biden's campaign spokesperson wrote in a tweet.

Still, the video did little to dent Biden's support in the state: He cruised through Michigan, the biggest delegate prize of the day.

Wayne said he was not offended by Biden's use of profanity during their exchange -- "most people use it all the time, and I don't think that's something to beat the guy up about," he said -- but criticized the candidate for saying "I'm not working for you."

"You're a candidate," he said. "You work for the American people. And if you can't understand that, you don't deserve to have a leg in the race."

Wayne acknowledged that he did not vote for Trump in the 2016 election, but declined to say who he plans to support in November. Biden appears increasingly likely to be the nominee to challenge Trump later in the year after building an all-but-insurmountable delegate lead over Sanders on Tuesday.