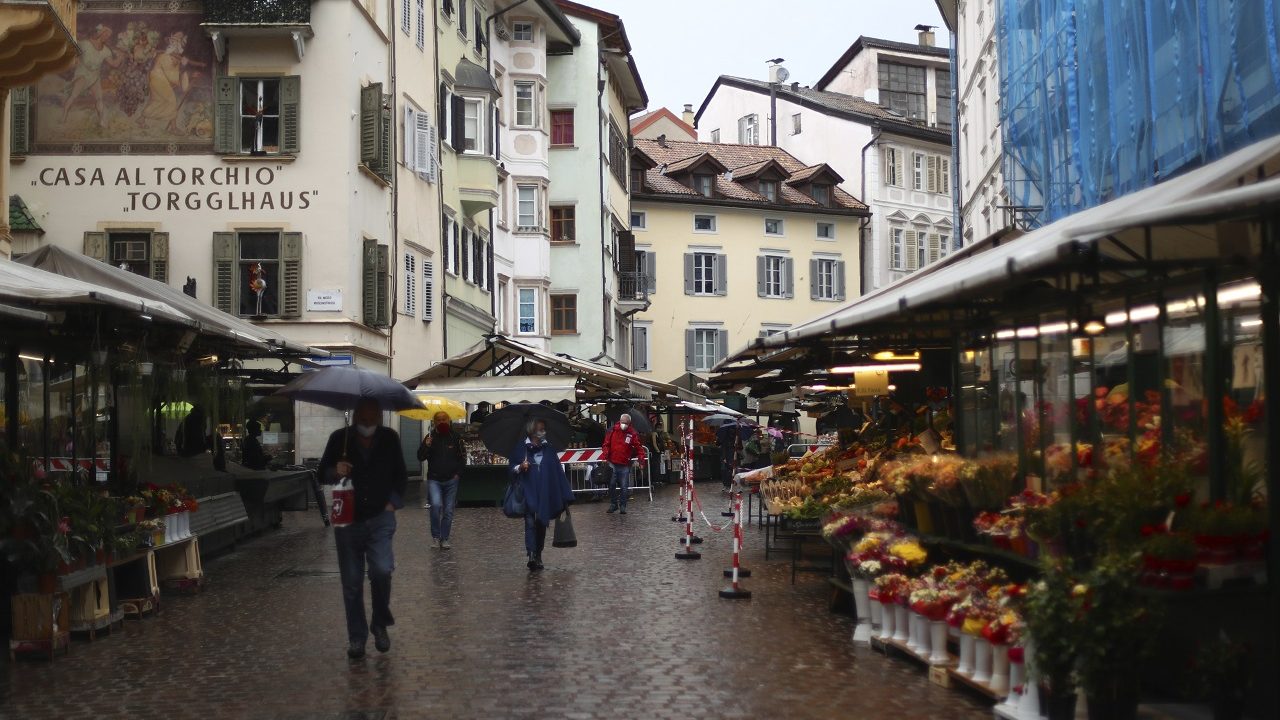 ROME (AP) — Italian police have arrested 91 suspected mobsters in a probe of money-laundering and extortion in a bid to thwart Sicily's Cosa Nostra from exploiting economic woes triggered by the pandemic.

Hundreds of Financial Guard police officers fanned out early Tuesday through Palermo, the alleged crime clans' power base, as well as in several regions in northern Italy.

Investigators contend mobsters were laundering extortion and drug trafficking revenue and were preparing to use ill-gained cash to buy struggling businesses which have been shuttered during the COVID-19 containment lockdown.

While loan-sharking is still an activity of organized crime in Italy, increasingly mobsters have sought to buy up hotels, restaurants, pharmacies, car dealerships and other businesses for years now. They were doing this in an Italian economy that was stagnant even before lockdown measures caused tens of thousands of business owners to shut down for weeks.

Awash in hundreds of millions of euros in illicit revenues, Italian crime syndicates since the 1990s have gone on real estate and other business buying sprees throughout Europe, seeking to make "clean" money from dirty profits.

The crime clans targeted in Tuesday's raids had moved some of their crime bosses into Milan years ago, where, among other businesses, they convinced cafes in Italy's financial capital to buy coffee from a company controlled by the Sicilian Mafia, investigators said.

Lo Voi and other prosecutors, including those investigating Italy's most dominant crime syndicate, the Calabria-based 'ndrangheta, have warned that the Mafia could also recruit those left jobless in the lockdown.

Palermo Magistrate Piergiorgio Morosini, in his order authorizing the arrests, wrote that the lockdown "has caused a liquidity crisis that will be hard to reverse" for many businesses, a situation that organized crime would be eager to exploit, according to daily Corriere della Sera.

Police also seized 15 million euros ($16.5 million) in suspected ill-gained assets, including 13 racehorses. Illegal betting rackets are among the alleged operations of the crime clans probed by the authorities, which code-named their investigation "hands in dough."