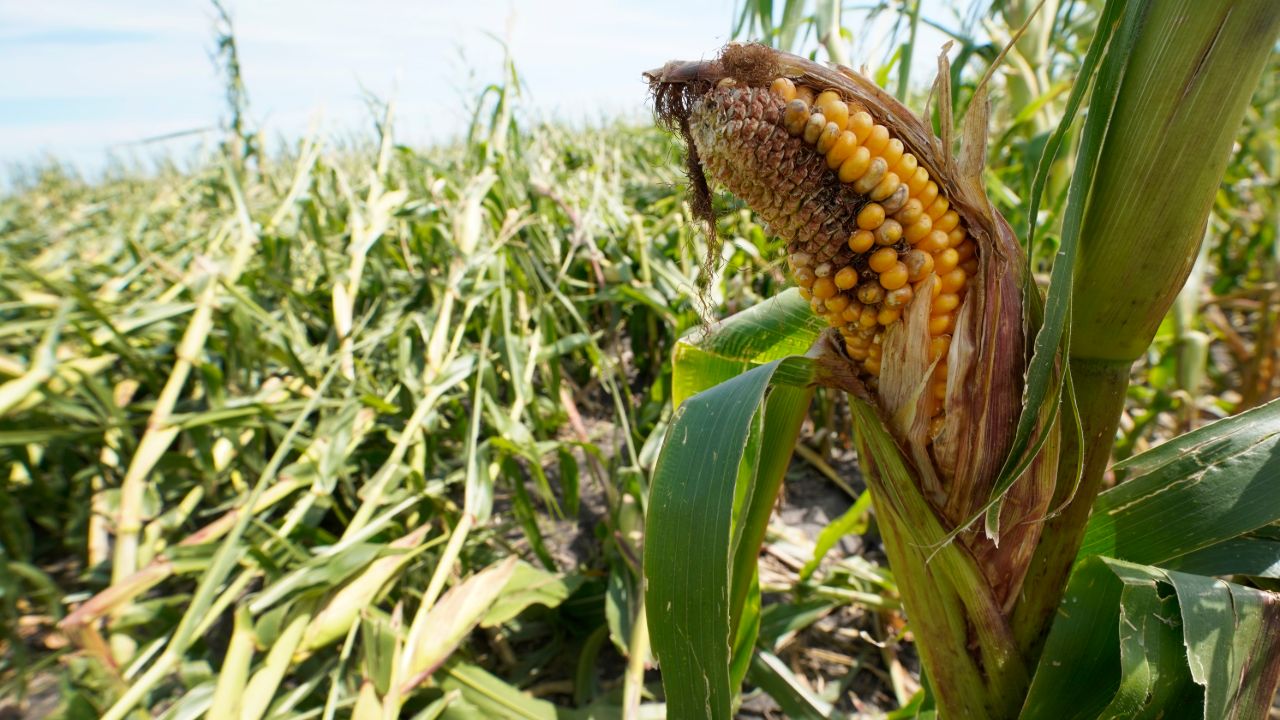 DES MOINES, Iowa — Crop loss estimates from a rare wind storm that slammed Iowa in August have increased by more than 50%, a new report shows.

The U.S. Department of Agriculture said Friday that the number of crop acres that Iowa farmers are unable to harvest has grown to 850,000 (343,983 hectares) from estimates last month that 550,000 acres (222,577 hectares) were lost, The Des Moines Register reported.

The storm, known as a derecho, generated winds of up to 140 mph that flattened crops. The damage then was compounded in late summer with a drought that, at its peak, encompassed much of the state. The drought is again expanding after some September rainfall.

A cornfield damaged in the derecho is seen on the Rod Pierce farm near Woodward, Iowa. (AP Photo/Charlie Neibergall, File)

Iowa Agriculture Secretary Mike Naig said he expects the number of lost acres will climb even more as growers move deeper into the harvest. Usually, farmers will try to harvest downed corn, salvaging what they can. But Naig said he said he has heard that many are asking crop insurance adjusters to take another look at their fields after finding it more difficult than expected.

“Crops can deteriorate,” said Naig, who was helping his father harvest corn in northwest Iowa. “It’s a really dynamic situation.”

Crop loss estimates from a rare wind storm that slammed Iowa in August have increased by more than 50%, a new report shows. (Photo by Daniel Acker/Getty Images)

“I’ve seen the gamut: Corn down, flat as a carpet. Some leaning. Some halfway down. And some almost normal,” said Swenka, whose crop near Iowa City goes to feed his purebred black Angus cattle. “I’ve had the whole extreme.”

Average corn yields in Iowa will drop to 186 bushels per acre, the USDA estimated, down from forecasts of 191 bushels in September and 202 bushels in August.