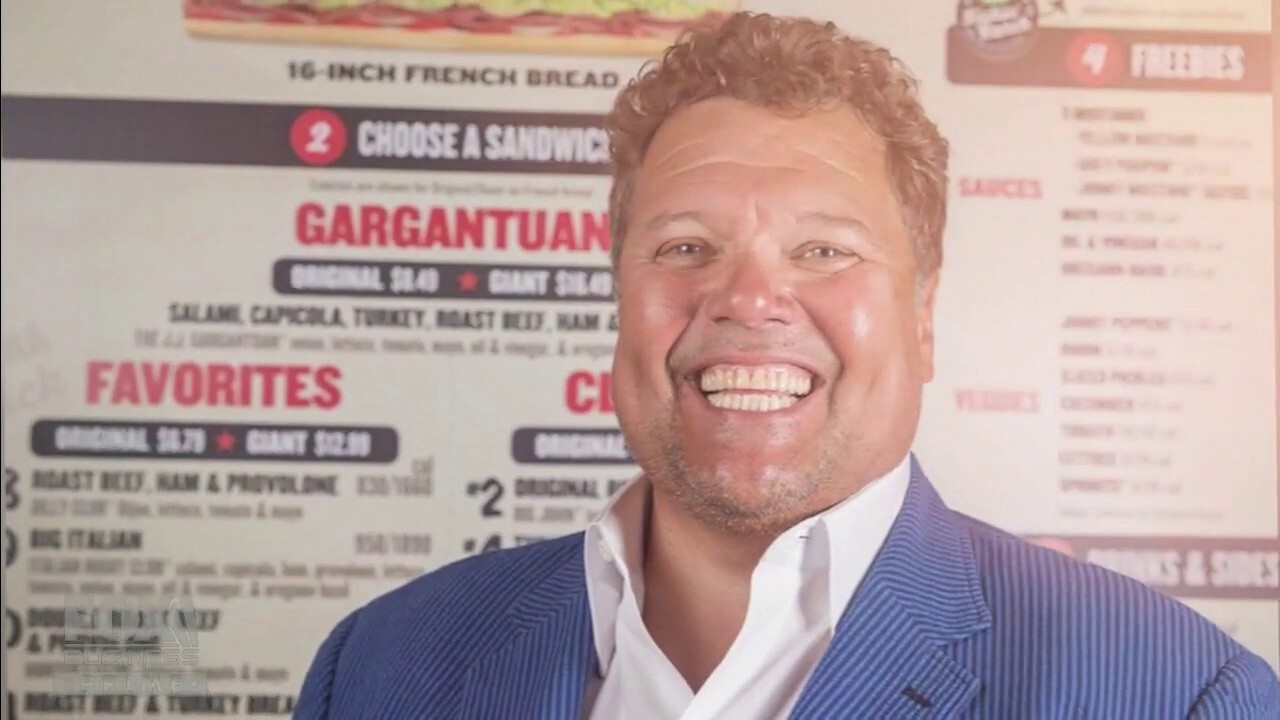 A closer look into the upbringing of Jimmy John

The nation knows and loves Jimmy John’s subs but founder Jimmy John Liautaud revealed the road to sandwich success was not all that and a bag of chips.

Liautaud detailed on FOX Business’ "The Pursuit! with John Rich" that as a Chicago kid, his family grew up with little to nothing after his father went bankrupt twice. Liautaud's father and two brothers were all military men, but he never felt life in service was right for him.

In high school, Liautaud remembered spending a lot of time with disciplinary dean Jim Lyons who saved him from being expelled. Academically, he struggled with dyslexia and graduated second to last in his class.

After graduation, Liautaud embraced his love for Chicago hot dogs and studied how independent hot dog vendors operated around the city. Within two weeks, Liautaud said he knew exactly how to open up and lay out his own location.

Jimmy John Liautaud tells 'The Pursuit with John Rich' that the ability to achieve success is a gift.

Since Liautaud would not be able to afford the $43,000 worth of equipment needed, his father agreed to give him a $25,000 loan but with a catch. If the business was a success, they would split ownership -- 52% to Liautaud and 48% to his father. If it failed, Liautaud would join the military for two years.

But Liautaud reversed course after having an epiphany that selling sandwiches wouldn’t require any fancy or expensive equipment.

"I didn’t have a plan B, that really was my only option," he said. "So sandwiches were going to be it."

After visiting a sandwich shop in Milwaukee where the bread was baked fresh and served hot, Liautaud was inspired to dive into the art of sandwich making. During the trial process, Liautaud said he tested out six preliminary sandwiches with his family where they ultimately chose four.

Even though he had little faith that his small sandwich business would take off, Liautaud took off for Eastern Illinois University, where his brothers were located, signed a lease on an apartment and a storefront and still accepted the $25,000 loan from his father.

Liautaud's leap of faith materialized into his first small shop built inside a two-car garage where he used his mother’s oven mitts and her serrated knife to serve his sandwiches at $2.10 apiece and Dixie cups of Coca-Cola for 25 cents. What ultimately kick-started Jimmy John’s booming business was giving out free samples to local businesses and college students.

"I had an awful location but the food was good," he said.

Jimmy John’s now has more than 2,700 locations nationwide. Before John’s father passed away six years ago, Liautaud said he was always in the front row "cheering him on."

"He bootstrapped it and he created the foundation for our family," he said. "And he was really proud… He was a patriot."

Liautaud concluded that the American right to pursue happiness has allowed him to serve his family, lead by example and share his hard-earned wealth.

"It’s allowed me to take the time to be the best me that I can be which allows me to be the best husband and father I can be," he said. "And the rest of my time is really to serve and to give away. I’ve made it all and now I’m having fun giving it all away."