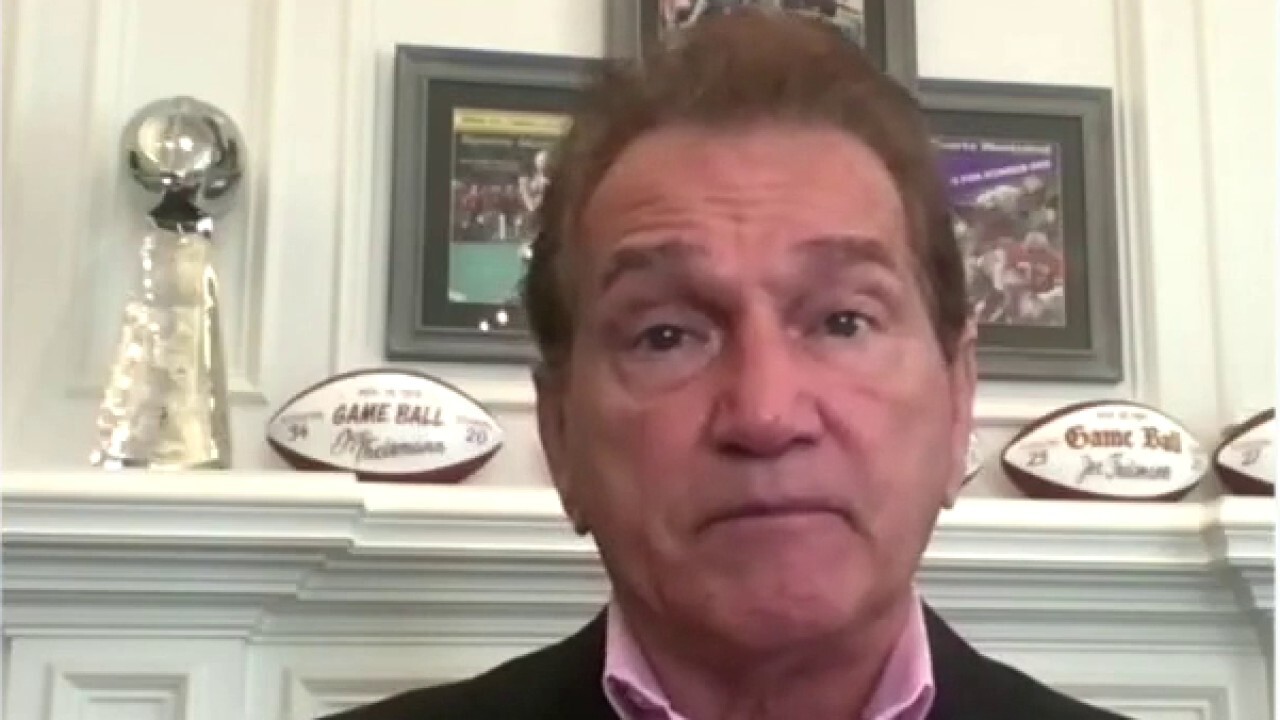 NFL trying to get games in amid COVID outbreak: Football legend Theismann

Super Bowl winner Joe Theismann weighs in on the surge of COVID-19 cases within the league.

Super Bowl winner Joe Theismann weighed in on the sharp rise in NFL COVID cases, noting the new variant has created "problems" for those who are vaccinated and those who are not.

The football legend noted on "Varney & Co." on Thursday that the league is doing "everything they can" to get games in and said he thinks the season will only be paused as an "absolute last resort."

He stressed that he thinks that with just a few games left in the season, the league would "move games around enough to be able to get the season in," but added that pausing the season was certainly possible.

"It’s such a fluid situation," Theismann, who played with the Washington Redskins, said.

Theismann made the comments as dozens of players were recently added to the NFL’s COVID-19 reserve list.

The NFL discussed canceling games for the first time since the pandemic began due to the recent COVID-19 outbreak, the Associated Press reported on Wednesday, citing sources. The consideration involved Washington, Cleveland and the Los Angeles Rams games due to the surge in cases. 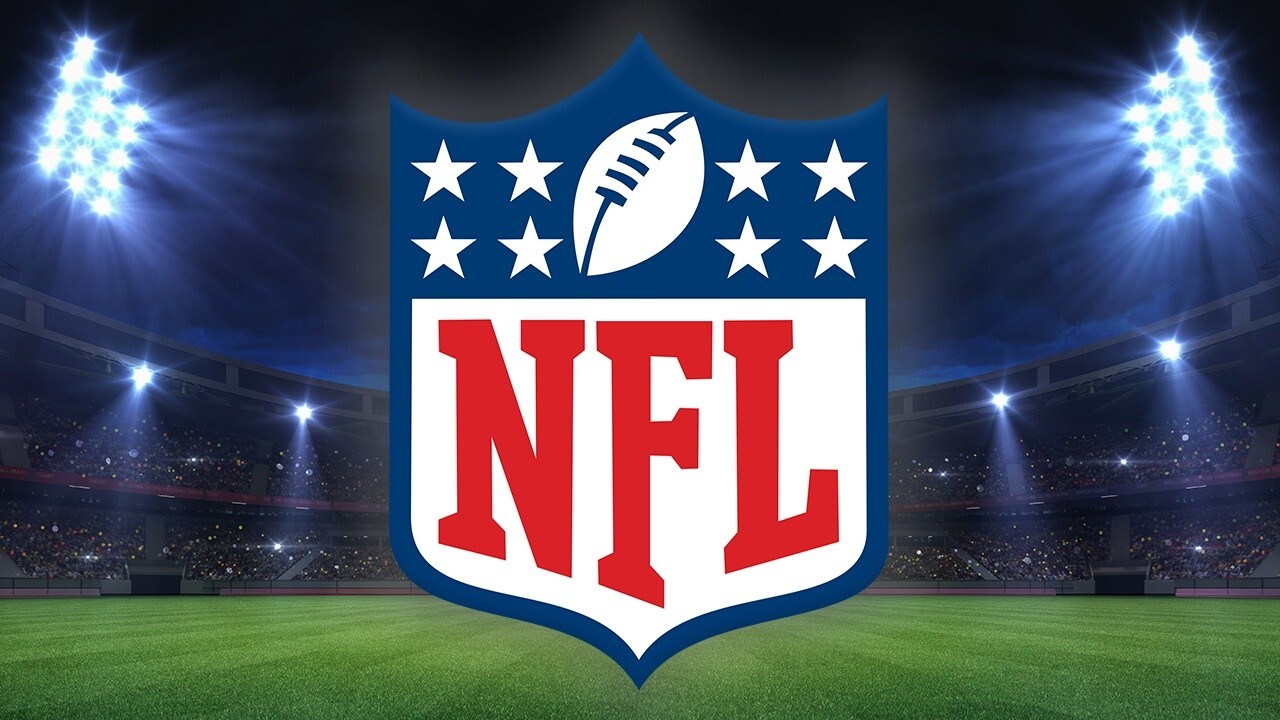 However, the games were moved from the weekend to Monday and Tuesday instead of being canceled.

"Our goal has been to play the season as scheduled in a safe, responsible way," NFL spokesman Brian McCarthy said.

Last week it was revealed that omicron has been found among the sharp increase in COVID-19 cases in the NFL in what the league's chief medical officer called a new phase of the pandemic.

Dr. Allen Sills said NFL owners were told in meetings that booster shots are the focus of efforts to minimize spread.

"I think the NFL has done a terrific job manufacturing the opportunity to be able to play games," Theismann said on Thursday. 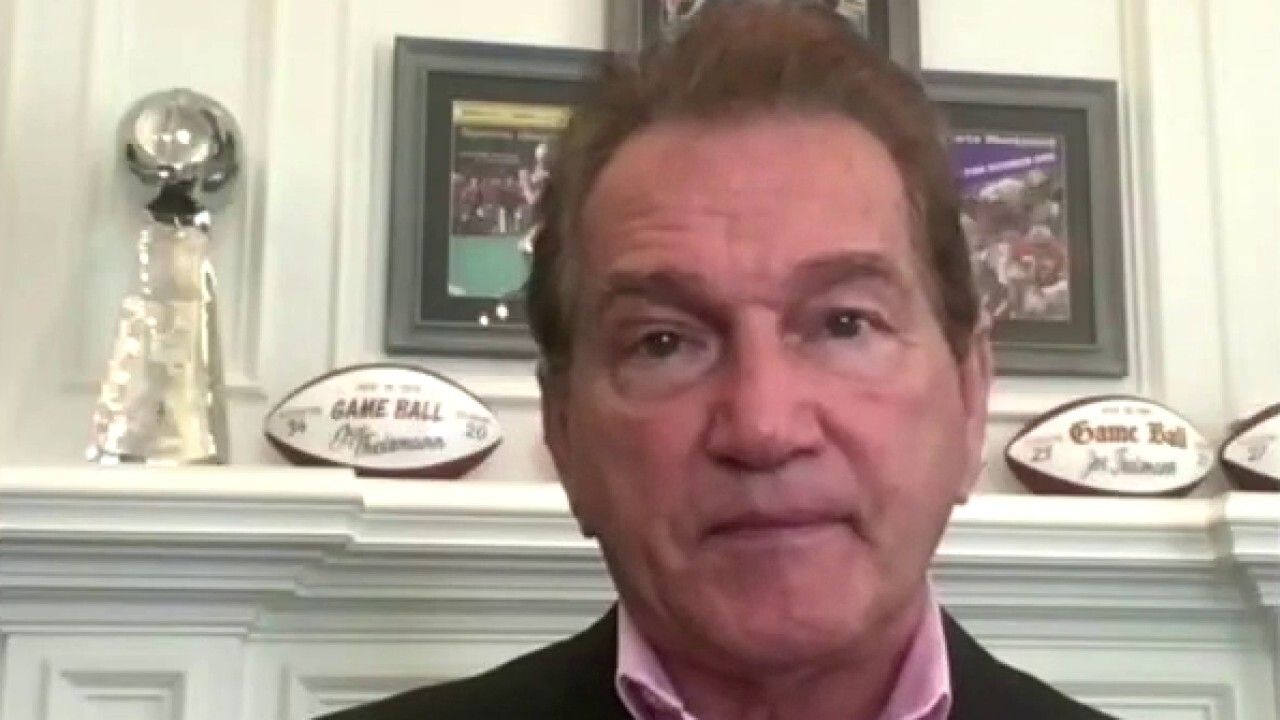 Super Bowl winner Joe Theismann weighs in, noting the new variant has created 'problems' for those who are vaccinated and those who are not.

He added, "I take my hat off to the NFL for moving some games this past week to make sure at least we can get the games going."

Theismann also noted that he has been to "different facilities and they are doing everything they can" to keep people safe, including maintaining distances between players and mask requirements.

During the heart of the coronavirus pandemic and before vaccines were available, the NFL managed to complete the entire season with the playoffs and Super Bowl happening on time, even though 15 games had to be rescheduled due to COVID-19 outbreaks.