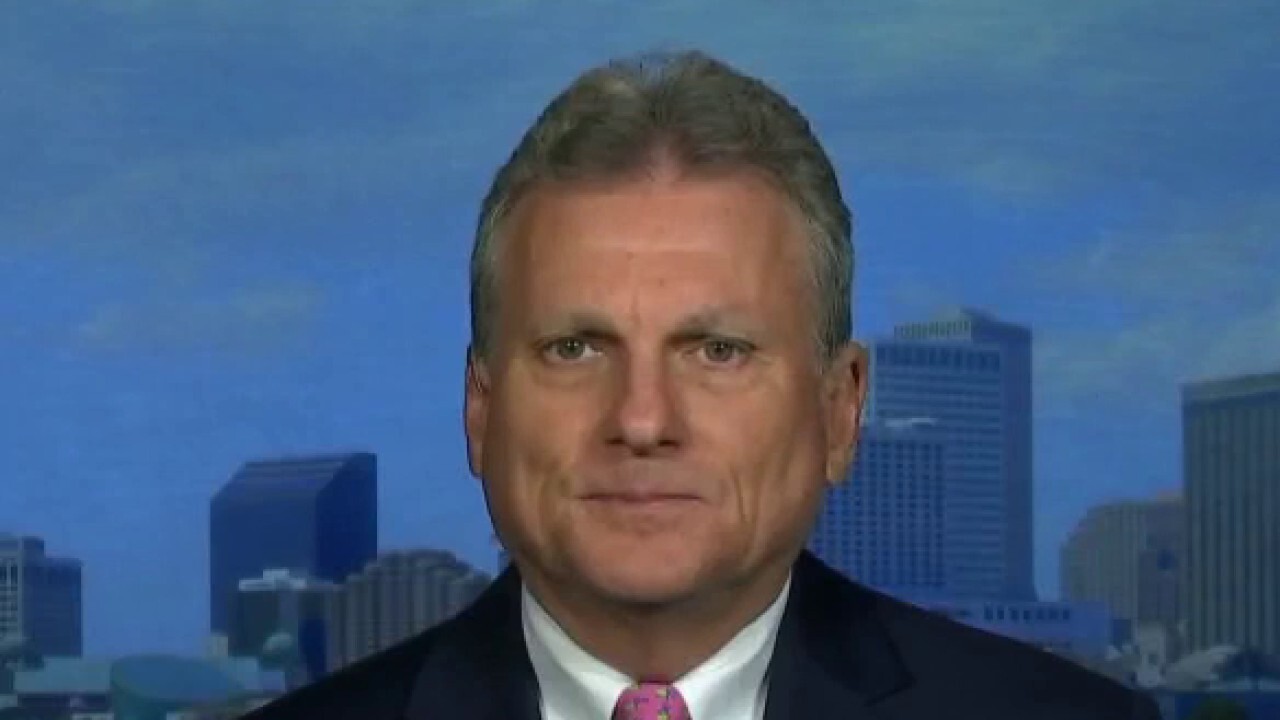 Big Tech received a failing grade from the Media Research Center after the conservative watchdog issued a report card examining online freedom at the top companies in America.

"By almost any measure, the first three months of 2021 were the worst ever for online freedom. Amazon, Twitter, Apple, Google, Facebook, YouTube and others proved to the world that the Big Tech censorship of conservatives is a reality," MRC vice president Dan Gainor and researcher Heather Moon wrote.

"They did so in disturbing, authoritarian ways that highlight their unchecked power over information and our political process," Gainor and Moon added, noting that the tech industry did everything from silencing former President Trump to deplatforming Parler in recent months. "That consistent assault on free speech makes 2021 an ideal time to track the biases and failures of Big Tech."

The MRC plans to grade the top Big Tech companies once per quarter, and the inaugural report card was published on Wednesday morning.

"This quarter, Big Tech earned a collective ‘F.’ Every one of the Big Tech companies reviewed got an ‘F’ in free speech. That’s simply appalling," Gainor and Moon wrote.

Amazon received an "F" in almost every category except user transparency, where it earned a "D."

Twitter received failing grades in online freedom, free speech and bias, and was given a "D’ in user transparency, responsiveness and fact-checking.

"Twitter has consistently been one of the worst platforms for censorship, constituting the majority of entries in the Media Research Center’s CensorTrack.org database," Gainor and Moon wrote.

Apple was given failing grades in online freedom, free speech and bias, and it got a "D" in transparency and responsiveness, with a "N/A" for fact checking.

"Apple is unlike the other platforms on this report card. At present, it only had the opportunity for censorship in its App Store and its music and book stores," Gainor and Moon explained. "However, the removal of the Parler app from its App Store alone was an egregious enough violation that it made the list for this quarter."

Google received a "D" in all categories except free speech and bias, as the company was awarded an "F" for those two areas. YouTube’s results were the same, with the exception of responsiveness, where it got a "C."

"Google has not censored in the same way that Facebook and Twitter have, but it found plenty of opportunities to exert its control over content that it didn’t like this quarter," the author’s noted. "Its algorithms control content in massive and unseen ways, making its bias more difficult to show."

Facebook was given failing grades for free speech and fact-checking, a "D" in freedom, bias, and responsiveness, and a "C" in transparency.

"Facebook was one of at least 10 platforms that removed Trump, setting the tone for a terrible quarter," Gainor and Moon wrote.