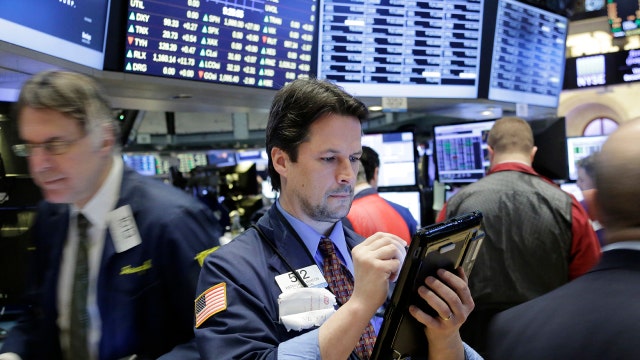 After extreme volatility in the market, the major averages managed to book gains for the week. HighTower’s David Bahnsen breaks down the biggest momentum drivers, and how to navigate a risk-on market.

It was a holiday-shortened trading week on Wall Street, but that didn’t stop traders rushing for the exit doors on Tuesday and Wednesday. By Friday, though, things were coming up roses as the major averages booked solid weekly gains.

So, what’d you miss?

The price of crude oil continued to dominate focus on Wall Street as a number of factors drove momentum including the prospect of more supply coming onto the market after international sanctions on Iran were lifted, exacerbating worries of continued oversupply.

Early in the week, prices dropped like a rock, plunging below $27 a barrel, hitting the lowest level since 2003. But by Friday, thanks in part to an impending blizzard expected to hit the Northeast, prices rallied on the back of higher heating costs.

David Bahnsen, chief investment officer at HighTower, said oversupply is the biggest concern for market participants as the global glut remains longer than anyone has so far predicted. He said in order to see more stabilization in the oil market, Saudi Arabia – OPEC’s biggest producer – will have to blink and cut production.

“Ultimately, Saudi Arabia is well aware of the fact that the U.S. has very sophisticated capital markets and yes they can hurt, and have hurt, some of the weaker players. But they shut the rigs down, production goes away, prices recover, and production comes right back on. At the end of the day, Saudi needs $60 to $70 oil to come close to balancing their budget and we think that’s where eventually things were go driven more by Middle East phenomena than U.S. forces,” he explained.

Bahnsen said that’s partly because the U.S. economy had been dependent on robust growth in the energy sector, and without that growth consumer spending has been less strong as shoppers stash money away from savings at the pump rather than spending at the shopping mall.

Don’t Hit the Exit Just Yet

After selling pressure on Tuesday, Wall Street hit the panic button on Wednesday as the Dow dropped 565 points at its lowest level. Unusually, within the final hour of trade, the major averages managed to claw back from deep losses to end down just shy of 250 points.

But it was those who rushed for the exit doors that day who arguably lost the most: The major averages managed to come back by Friday and ultimately cap the week in positive territory as the Dow and S&P rallied more than 1% on the session, and the Nasdaq saw gains of more than 2%.

It’s that panic that Bahnsen said is the worst thing an investor – retail or institutional – can do as they make trading decision.  How rapidly the market has come down and gone back up is indicative of panic selling rather than a fundamental shift to cause bear-market conditions.

“To panic out, which is historically the most common thing retail investors, and particularly mutual fund equity investors, do, is a terrible thing. But also to assume that there’s a euphoric buying opportunity to load up and buy a dip outside one’s asset allocation [is equally as bad],” he explained.

He said the best strategy is to have a solid, long-term investment strategy in place…and stick to it during times of extreme volatility.

“There are companies that are very attractively priced as a result of this drop. One needs to take into account the timeline, but everyone it needs to be done outside an emotional reaction. We think that’s what has happened heavily in the last couple of weeks,” he added.

In other words: If you want to make it a buying opportunity, look for fundamentally sound companies, and take advantage of the low prices. But don’t rush for the exit doors, Bahnsen advises, at least not yet.

After two weeks of quiet deliveries on the economic front, investors are in for a deluge next week. For those debating whether this could be the end of the bull market and a downturn in the economy: Pay special attention to some of these key releases.