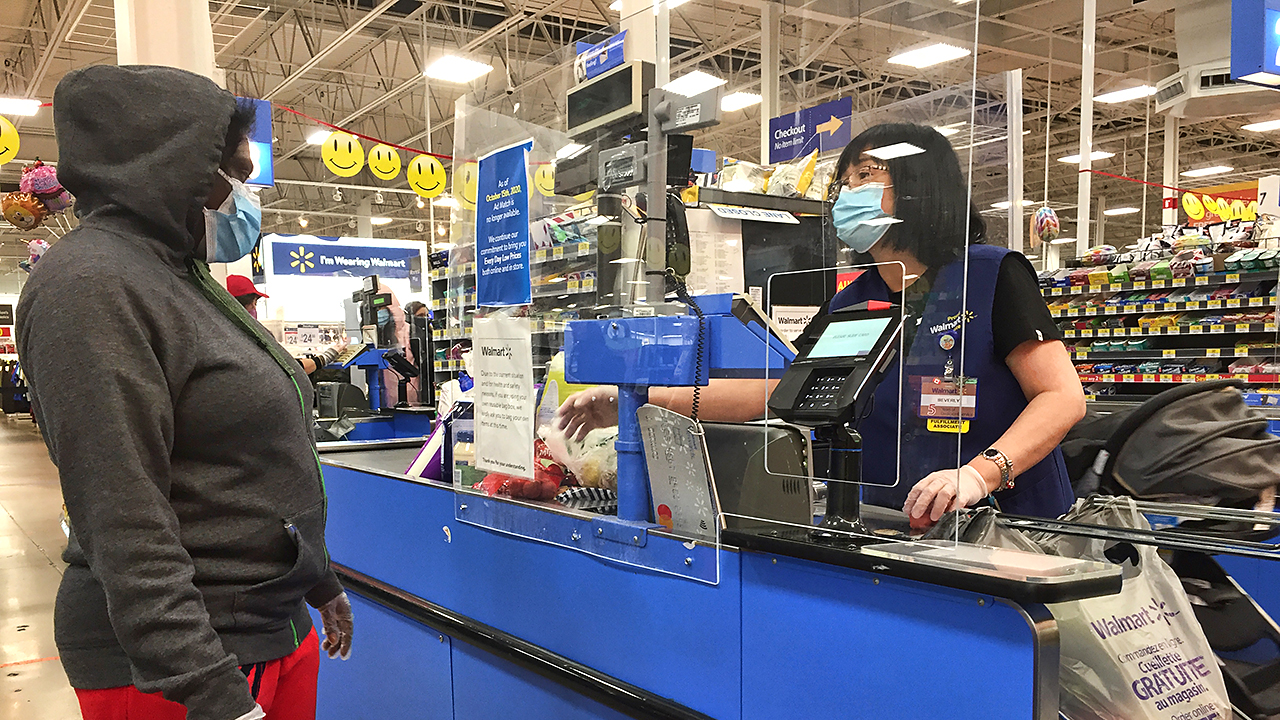 Tony Moy, a watercolor and comic artist who invested $1,200 in GameStop, explains why he took the risk as a new investor.

Walmart Inc. reported a disappointing fourth-quarter profit and warned that sales growth would slow in the current fiscal year, but said it still plans to raise pay for an additional 425,000 workers to above the $15 per hour.

The Bentonville, Arkansas-based retailer swung to a net loss of $2.09 billion, or 74 cents per share, from a profit of $4.14 billion the year prior due to charges associated with the sale of its operations in the U.K. and Japan. The losses lowered earnings by $2.66 per share.

Adjusted earnings were $1.39 per share, which was below the $1.51 that was expected.

Meanwhile, revenue rose 7.3% year over year to $152.1 billion, outpacing the $148.3 billion that analysts surveyed by Refinitiv were expecting. Sales growth was fueled by customers stocking up on toys, electronics and groceries and the $600 stimulus checks that were sent out by the government just before yearend.

Sales at U.S. stores rose 8.6%, excluding fuel, topping the 5.6% gain that was anticipated. Online sales were up 69%, but that was slower than the 79% growth seen the year prior.

“Change in retail accelerated in 2020,” Walmart CEO Doug McMillon said in a statement. "The capabilities we’ve built in previous years put us ahead, and we’re going to stay ahead.”

Looking ahead, Walmart sees 2022 net sales growing in the low single digits and earnings per share declining slightly but flat to up slightly when excluding divestitures.

The board of directors approved an annual dividend hike of approximately 2% to $2.20 per share from $2.16 and a $20 billion share buyback program.