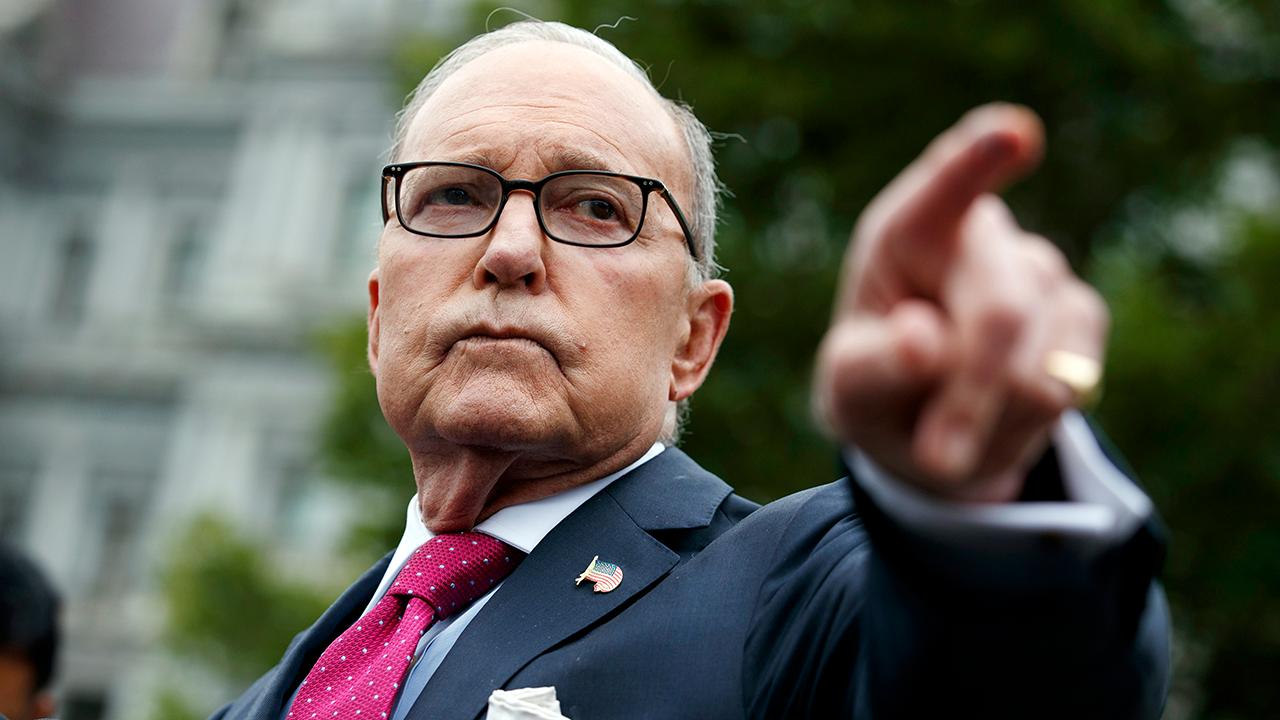 Kudlow: China trade talks are working ‘around the clock’

Director of the National Economic Council under President Trump Larry Kudlow says 'the progress is good' when it comes to a possible U.S.-China trade deal.

The U.S. and China continue to make progress toward a phase one trade deal.

“The two sides have engaged in constructive discussions around the respective core concerns of the first phase of the agreement and will continue to maintain close communication,” the Chinese Commerce Ministry said in a press release following Vice Premier and chief trade negotiator Liu He's call with U.S. Trade Representative Robert Lighthizer and Treasury Secretary Steven Mnuchin on Saturday.

The two sides were hoping to have a partial trade deal in writing last week, but the Asia-Pacific Economic Cooperation summit in Santiago, Chile, was canceled due to unrest in the country, eliminating the soft deadline surrounding an agreement.

DOW BREAKS 28,000 WITH BIG BOOST FROM ONE COMPANY

A phase one trade deal is expected to be “relatively limited in scope,” with the major focus being on “current trade” and China’s willingness to commit to the purchase of $40 billion to $50 billion of U.S. agriculture, Commerce Secretary Wilbur Ross told FOX Business’ Maria Bartiromo on Friday.

China has called on the U.S. to roll back tariffs as part of a phase one deal, but President Trump has ruled that out.

"China would like to make a deal much more than I would," the president told reporters on Nov. 9. "They'd like to have a rollback. I haven't agreed to anything."

No decision has been made about the tariffs scheduled to hit $156 billion of Chinese goods on Dec. 15.

Still, Ross says there is a “very high probability” that a deal gets done, but warned, “the devil is always in the details.”