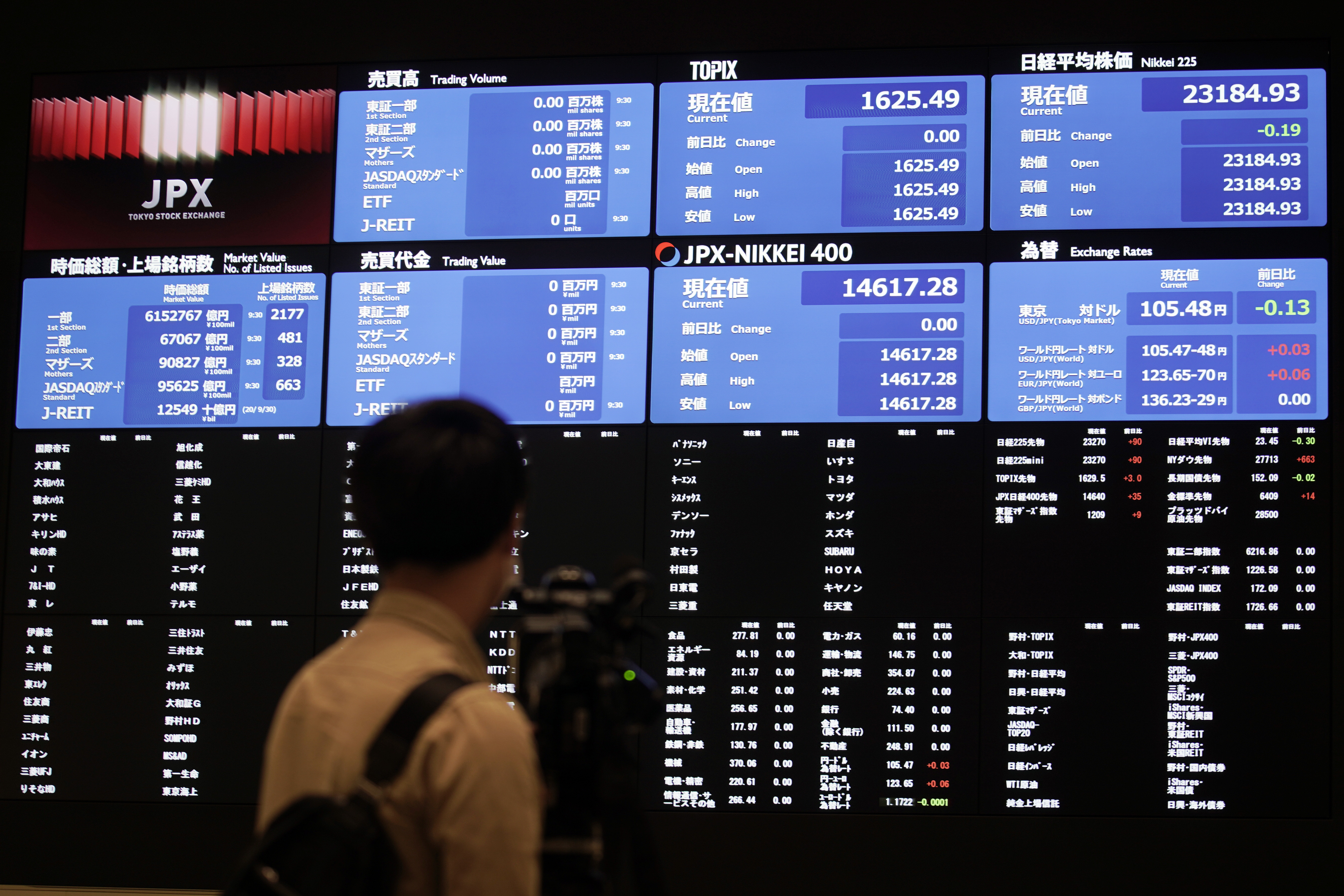 Trading on the Tokyo Stock Exchange came to a halt on Thursday because of a problem in the system for relaying market information.

The Tokyo Stock Exchange said that all trading was stopped because of the problem, and will not resume for the rest of the day. It was unclear when it would be resolved and the system would be operating again.

Details on the Tokyo trading problems were not immediately available. Japan's nationally circulated Asahi newspaper, without citing sources, said the cause was likely a mechanical failure.

The Tokyo Stock Exchange is the world's third largest bourse after the New York Stock Exchange and Nasdaq, with market capitalization of nearly $6 trillion.

Previous outages occurred when the “arrowhead" system created by Fujitsu to handle its electronic trading became overwhelmed with too many orders at one time.

That's what happened on Oct. 9, 2018, according to a release on the TSE's website. But during that disruption, some backup systems for trading continued to function.

The exchange promised to investigate, conduct malfunction tests and change the system to ensure that a flood of orders would not cause the entire system to stop working. Several top executives of the exchange were penalized.

Markets in Hong Kong and China were closed for a holiday.