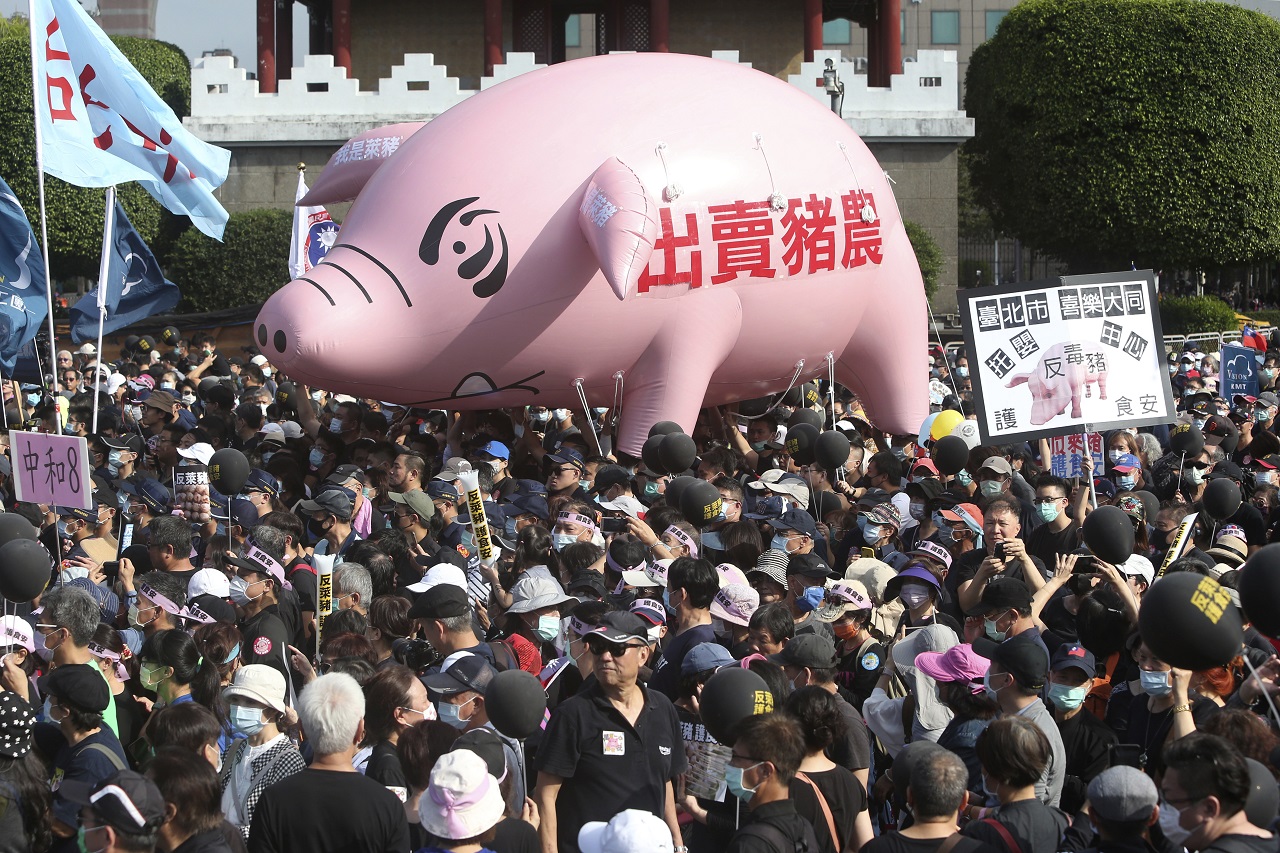 President Tsai Ing-wen's administration lifted a long-standing ban on U.S. pork and beef imports in August, in a move seen as one of the first steps toward possibly negotiating a bilateral trade agreement with the U.S. The ban is due to be lifted in January.

That decision has met with fierce opposition, both by the opposition Kuomintang party and individual citizens. The new policy allows imports of pork with acceptable residues of ractopamine, a drug added into animal feed that promotes the growth of lean meat that some farmers use in pigs.

The drug is banned by the European Union, but is legal in the United States.

Demonstrators marched in front of the Presidential Office Building as part of an annual labor march.

“I came here today to oppose the import of ractopamine," said Kelvin Chen, a 54-year-old computer engineer who was marching. "I feel these days many who do business are not ethical. If they mix the U.S. pork with Taiwan pork and then sell it to us average consumers, we as individuals have no way to know the source of the pork.”

“I have a child and when we eat things with ractopamine, it's not good for our bodies,” said Jacky Tsui, a 37-year-old factory worker. “I hope the government can see that we citizens oppose this.”