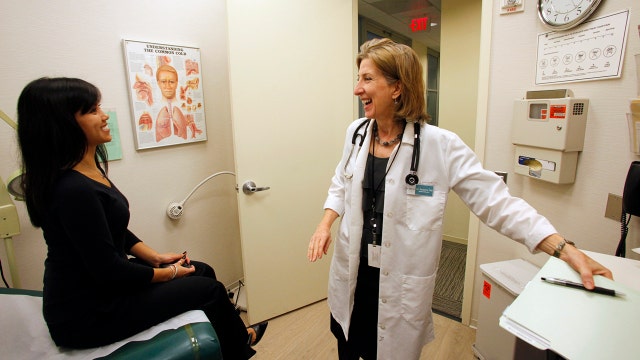 A slew of headlines pushed and pulled investors in all directions this week, but despite the gyrations, the major averages still managed to tack on well more than 3% for the week.

Here are all the major drivers in the markets you might have missed this week.

Shares of Home Depot, the No. 1 home-improvement retailer by revenue, rallied on Tuesday after reporting better-than-expected quarterly results. The company booked earnings per share of $1.36 on revenue of $21.82 billion, topping forecasts for $1.32 a share on sales of $21.77 billion.

The Atlanta, Georgia-based company said it expects profit and same-store sales for the full year to come in at the top end of its projected range, though it warned that for the fourth quarter, it will likely see smaller year-over-year gross margins due to more sales of lower-margin goods.

The stock hit a fresh 52-week high on the news.

A day later, Lowe’s reported results that beat expectations, sending the stock higher as investors remained confident that shoppers hadn’t put away their wallets for good this year, and still had some juice when it came to buying home-improvement goods.

“[Consumers] are picking their spots [to spend money]. New homes, trading up in homes, car sales are not from record highs, and the experience – travel or something like that – but going out and buying a shirt and a tie, not a lot of that happening right now,” he said.

He added that retailers like Macy’s will have problems moving goods out of the stores, especially as warmer winter weather is preventing items like coats, boots and down comforters from clearing the shelves.

Fed to Markets: Prepare for Liftoff

The key phrase in the minutes indicated the central bank was considering raising rates “at its next meeting,” which offered a much more specific hint about the timing of the rate hike than had been previously telegraphed to the markets.

The Fed opted not to hike rates at either its September or October meetings, citing weakening global economic conditions thanks to a slowdown in China, summer turbulence in Greece and a possible slowdown in the jobs market here at home.

Central bankers spent a substantial amount of time dissecting the health of the labor market after the disappointing September non-farm payrolls report. While October figures were substantially higher than expected, Doll said it makes November’s jobs report important, but not critical.

“I think it’ll take a very weak number for the Fed to back off their anticipated decision to move on rates and begin the normalization process in December,” he said.

Central bankers said they’ll continue to monitor every piece of economic data out between now and the December 16,17 meeting – but most on the Street see December as the month to move higher.

Mobile payments company Square (NYSE:SQ) opened 30% higher in its debut on the New York Stock Exchange. The company traded above its $9 IPO price, which was 25% below the expected range of $11 to $13 a share. The price made the company’s market capitalization at $2.9 billion, far less than the $6 billion it earned in the private market.

It's worth noting that share performance among tech-related companies that have recently gone public is mixed. Box (NYSE:BOX), Lending Club (NYSE:LC) and Etsy (NYSE:ETSY) are all trading below their IPO prices.

Online dating firm Match (NYSE:MTCH)), which also priced at the low end of its expected range of $12 - $14, began trading at $13.50 a share. The company saw gains as it made its public-trading debut on the New York Stock Exchange shortly after Square shares began exchanging hands.

Doll said, though, while pricing at the low end of expectations could be seen by some as a weakening IPO market, it just bolsters the notion that the froth in the market is beginning to lessen. He emphasized by overall tech valuations are not extended nearly the way they have been in the past, particularly ahead of the 2000-era tech boom.

“There are some pockets that are getting expensive, and some of the IPOs point in that direction,” he explained. “That we’re having some cooling off there, I think is a good thing. It doesn’t mean the end of IPOs, or the end of the bull market, it just means that there is some froth that’s developed, and and now we need to let it cool off.”

In a holiday-shortened five-day period, traders will have a day and a half off to celebrate the Thanksgiving break, but that doesn’t mean a shortage of economic data to digest.

Here’s what’s on the calendar next week.