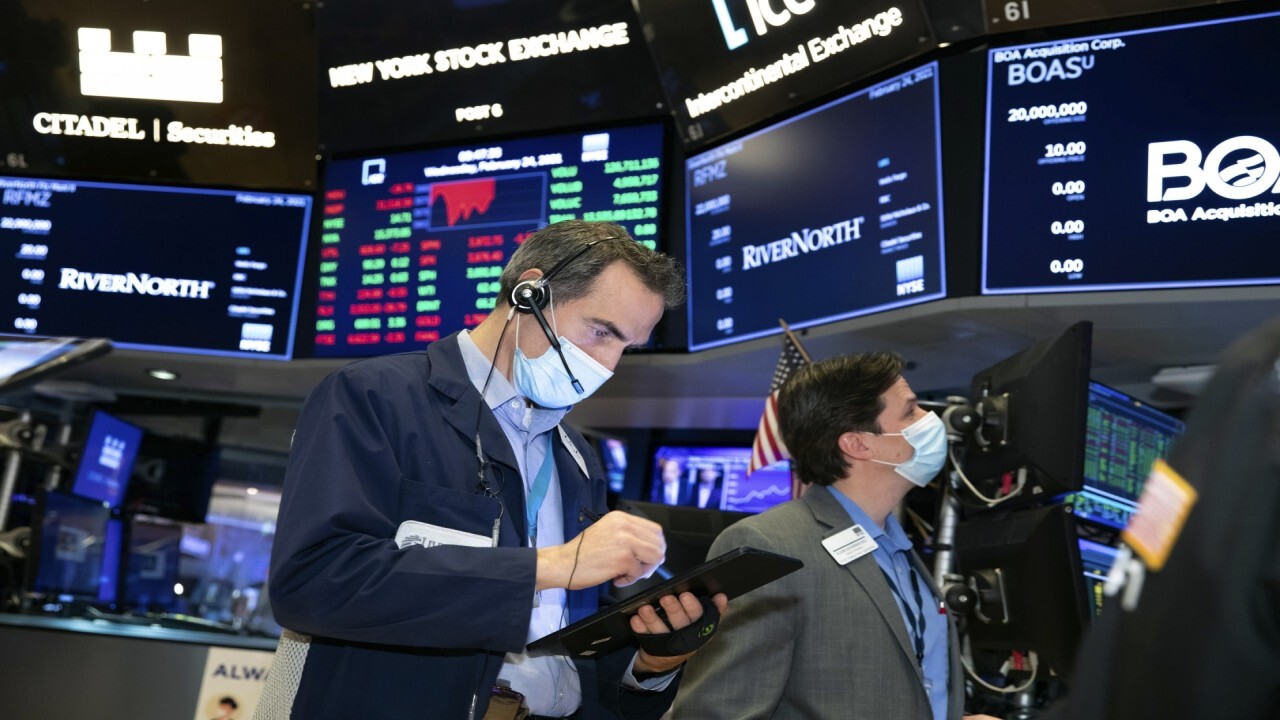 U.S. equity futures are mixed ahead of trading session that will include major economic reports.

Dow futures are pointing to a small gain, while the Nasdaq is idown almost 1%.

Traders will get the second estimate of 4Q GDP. The estimate is for growth of 4.2%, up from the initial estimate of 4.0%.

At the same time, the Labor Department's tally of jobless claims will be released. The estimate is for a decline of 23,000 to 838,000.

Reports on durable goods and pending home sales will also be issued.

It will also be a busy day for earnings with several consumer names reporting including Best Buy and Dominos Pizza before the market opens. Tech names Dell Technologies, HP Inc. and VMWare will report after the bell.

Wall Street’s mania over GameStop is on again, at least for one afternoon.

Shares in the troubled video game company more than doubled Wednesday to $91.71 apiece, the stock’s best day since Jan. 27, when it was going for $347.51 a share.

A rally in GameStop has been rare since it fell back to earth early this month. The stock, which soared 1,600% at one point in January, has been extremely volatile.. It's down nearly 72% so far in February, though it’s still up nearly 387% this year.