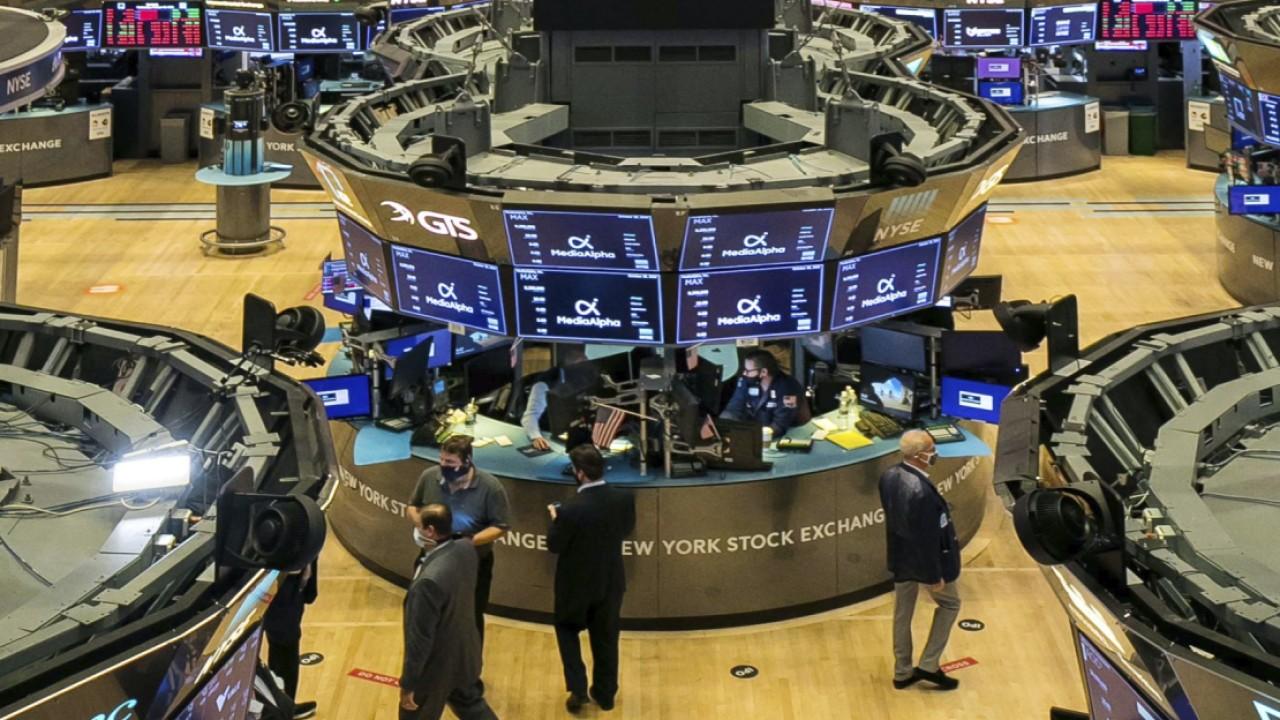 Steep market selloffs are an opportunity to own stocks in great companies: Expert

U.S. equity futures are trading higher the day after the biggest plunge in stocks since June.

The major futures indexes suggest a gain of 0.5% when the Thursday Wall Street session begins.

Stocks are poised to get back some of the losses suffered as the Dow Industrials fell in five of the last six sessions, including Wednesday's 900 point drop.

The selling in U.S. markets followed broad declines in Europe, where the French president announced tough measures to slow the coronavirus’ spread and German officials agreed to impose a four-week partial lockdown.

In the U.S., cases are increasing in just about every state and the number of deaths and hospitalizations due to COVID-19 are on the rise. Even if the most restrictive lockdowns don’t return, investors worry people will limit their spending and activities, hurting businesses. The U.S. economy could lose momentum just as prospects for more economic support from Washington have dwindled as Tuesday's Election Day nears.

Thursday will be a very busy day for economic news.Investors will get the first look at 3Q GDP. The Refinitiv forecast is for annualized growth of 31.0%, a record high, compared with a record annualized decline of 31.4% in the second quarter.

The Labor Department is expected to say the number of claims for unemployment benefits declined by 12,000 last week to 775,000.

The National Association of Realtors is out with its index of pending home sales for September.  Economists are looking for a rise of 3.4% from August.

It will also be a day full of earnings with Apple, Amazon, Alphabet, Facebook and Twitter all reporting their July-through-September numbers after the closing bell.

European markets are bouncing back off five month lows. London's FTSE added 0.1%, Germany's DAX is rising by 0.3% and France's CAC is higher by 0.1%.

The Bank of Japan kept its ultra-loose monetary policy unchanged in a policy meeting that ended Thursday. But it downgraded its outlook for the economy, saying that while conditions will eventually improve, “risks to both economic activity and prices are skewed to the downside, mainly due to COVID-19."

Uncertainty about the upcoming presidential election has also been pushing markets around.

In the energy sector, U.S. benchmark crude declined $1.49 to $35.89 per barrel in electronic trading on the New York Mercantile Exchange. It tumbled 5.7% Wednesday on worries that an economy already weakened by the virus would consume even less energy and allow excess supplies to build higher.