Representatives from Saudi Arabia’s giant sovereign wealth fund are in talks with Softbank Group about a possible investment in the tech conglomerate's second Vision Fund, people with direct knowledge of the matter tell FOX Business.

Nothing is finalized, but the $320 billion Saudi Public Investment Fund (PIF), chaired by crown prince Mohammed bin Salman, is said to be negotiating a reduced fee structure following Softbank’s more than $5 billion write down of the first Vision Fund this past quarter, which the Saudi's also invested in, these people add.

Softbank first announced its plan to launch a second Vision Fund in July — touting Apple, Microsoft and Foxconn as likely investors in a proposed fund that the tech conglomerate’s chief Masayoshi Son said would exceed $100 billion. Noticeably absent from the list was PIF — which contributed $45 billion of the $100 billion in Son’s first Vision Fund.

Following WeWork's failure to IPO and a disappointing performance from two of the fund's other headlining companies — Uber and Slack — Softbank has yet to finalize any investments in the fund other than its own $38 billion pledge. It is unclear whether any of the anticipated investments will still occur, or if the Saudis will invest in the second fund. 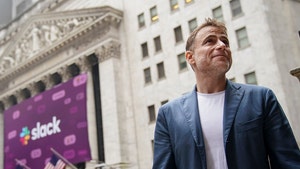 Slack CEO forecasts platform could surge over work email in '5 to 7 years': report

But if the Saudis do invest in the second fund, it will be a major victory for Softbank, and Son, who has faced criticism for a number of bad bets recently including the lackluster performance of investments in Uber, P&C Insurance and of course WeWork. A spokesman for the Saudi fund declined comment but would not deny the talks; a spokesman for Softbank declined comment. 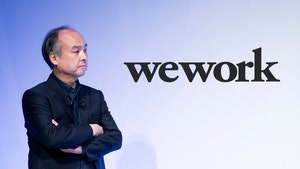 WeWork isn’t the only brand not working -- these big firms are facing big trouble, too

Japanese conglomerate SoftBank may shift from investing in startups to firms closer to turning profits.

"There have been some wins but also some high profile losses in the first Vision Fund, which might mean that investors will need better terms to write the sizable checks they did the first time," Walter Piecyk, a partner at LightShed Partners, tells FOX Business.

The $100 billion Vision Fund, created in 2016, has been one of the technology world's biggest investment funds. Mainly with money from Saudis, the Vision fund took stakes in numerous tech startups and famously. 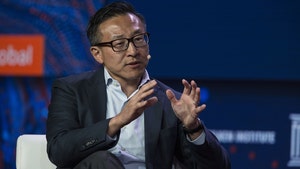 Mikhail Prokhorov has reached a deal to sell his majority stake in the Brooklyn Nets, as well as full ownership of the Barclays Center.

But a recent spate of losing bets has caused some soul searching inside Softbank; even as the tech conglomerate looks to raise money for a second fund, Son is said to be reducing the risk the Vision fund will take in future investments, according to the Wall Street Journal.

Son will be attending bin Salman's Future Investment Initiative (FII) conference this week in Riyadh where he is expected to meet with the Saudis on the Vision Fund investment, people with knowledge of the matter tell Fox Business.

On the heels of Softbank's WeWork fiasco, Softbank will have significantly less bargaining power with possible investors such as the Saudis over its fee structure, which according to the Financial Times, ranges from 0.7 percent to 1.3 percent of committed assets.

The Saudis are expected to push Softbank toward the low end of the scale given Softbank's recent travails and difficulties in generating outside investor interest for the second fund.

"All the bad press by definition puts third party investors in a strong position," Piecyk adds. "The Saudis clearly have an opportunity to negotiate stronger terms if they even want to be in it."

The Saudis, of course, have their own financial and political issues to deal with these days. The royal family is looking to monetize its state-owned oil company to diversify the country's oil-reliant economy.

The Saudi Aramco initial public offering is expected to raise as much as $2 trillion, but it has been delayed over disagreements on the company’s valuation and recent drone strikes on its oil factories, which halted a significant amount of oil production. The Saudis will make a decision on the timing of the deal’s first tranche in the coming days, the first leg of the sale could occur this year or early next year, FOX Business has learned.

And while Softbank needs the money, the Kingdom has struggled to repair its reputation following the brutal murder of Jamal Khashoggi, a journalist critical of the royal family.

Khashoggi was assassinated inside the Saudi embassy in Istanbul, Turkey just a little over a year ago. As a result, certain companies have been hesitant to accept Saudi money, making the Vision Fund a convenient vehicle for Saudi Arabia to invest its money abroad.

Billionaire Richard Branson suspended spaceflight company Virgin Galactic’s work with the Kingdom and pulled out of Saudi projects he was involved in following the homicide. Endeavor Group Holdings ultimately turned down a $400 million deal they had made with the Kingdom after news of the murder broke. But now, as the Aramco IPO looms, banks in particular appear more lenient.

Last year, on the heels of the Khashoggi murder, many big banks and economic officials boycotted the Saudi conference, which had been dubbed “Davos in the Desert" because it had attracted similar A-list attendees as the World Economic Forum in Davos, Switzerland.