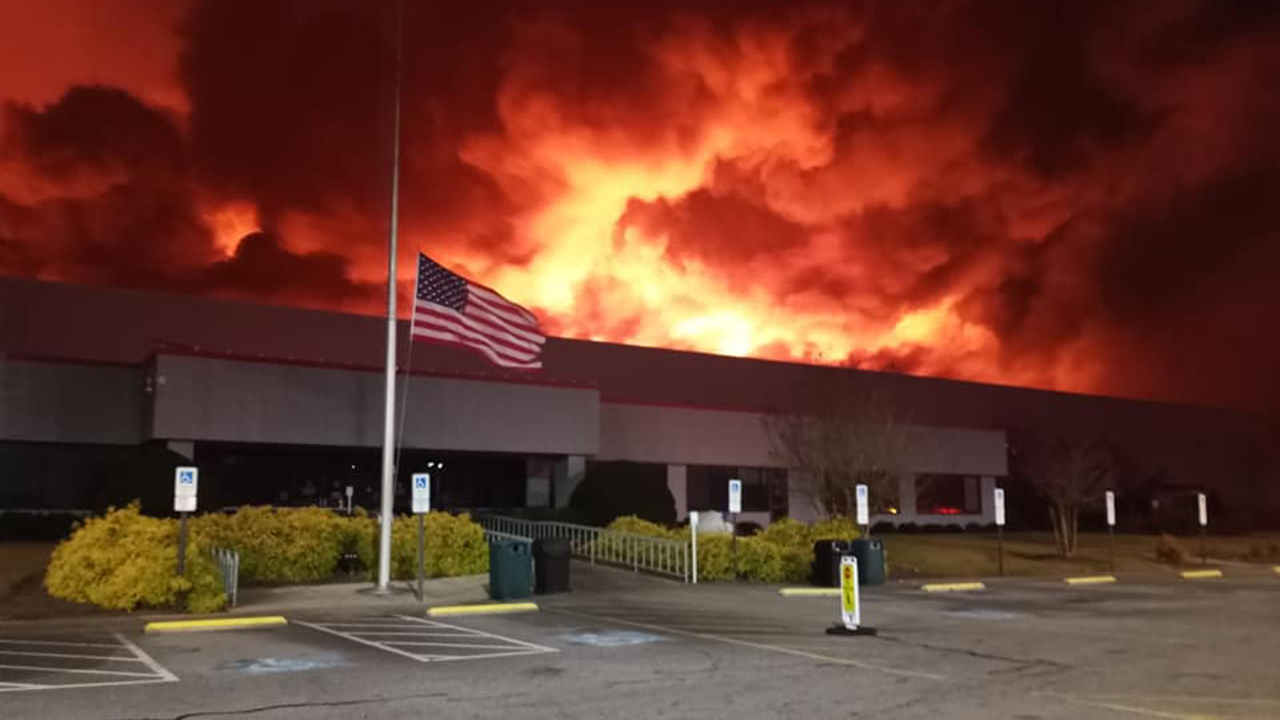 The company that runs QVC is shutting down a North Carolina distribution center heavily damaged by a fire last month, putting nearly 2,000 people out of work, according to a filing with state officials.

On Dec. 29, Qurate Retail Group filed a Worker Adjustment and Retraining and Notification notice with the North Carolina Department of Commerce announcing its plans, news outlets reported. The company wrote that "it will be closing and ceasing all operations" at its distribution center near Rocky Mount, according to a copy of the notice obtained by WRAL-TV.

The company writes in the notice that it will terminate all employees at the site, which employed 1,953 as of Dec. 29. The notice says that the company expects to complete the terminations by the middle of 2022.

Firefighters work on cleanup after a fire ripped through a distribution center for the QVC home-shopping television network in Rocky Mount, N.C. on Saturday, Dec. 18, 2021. More than 300 employees were working at the facility when the fire was report ((AP Photo/Tom Copeland) / AP Newsroom)

In a statement to The News & Observer of Raleigh, the company said it would start giving "separation benefits" to affected workers Feb. 1. The company said it provided $500 in emergency funds to the workers, and QRG said workers will be provided with an opportunity to seek employment at other locations across the country.

A day before the notice to state officials, the company issued a public statement saying that it hadn't made "any long-term decisions" about what to do with the site.

More than 300 employees were working at the facility when the fire was reported shortly after 2 a.m. on Dec. 18. The body of a 21-year-old man was found after crews spent more than 12 hours trying to put out the fire.