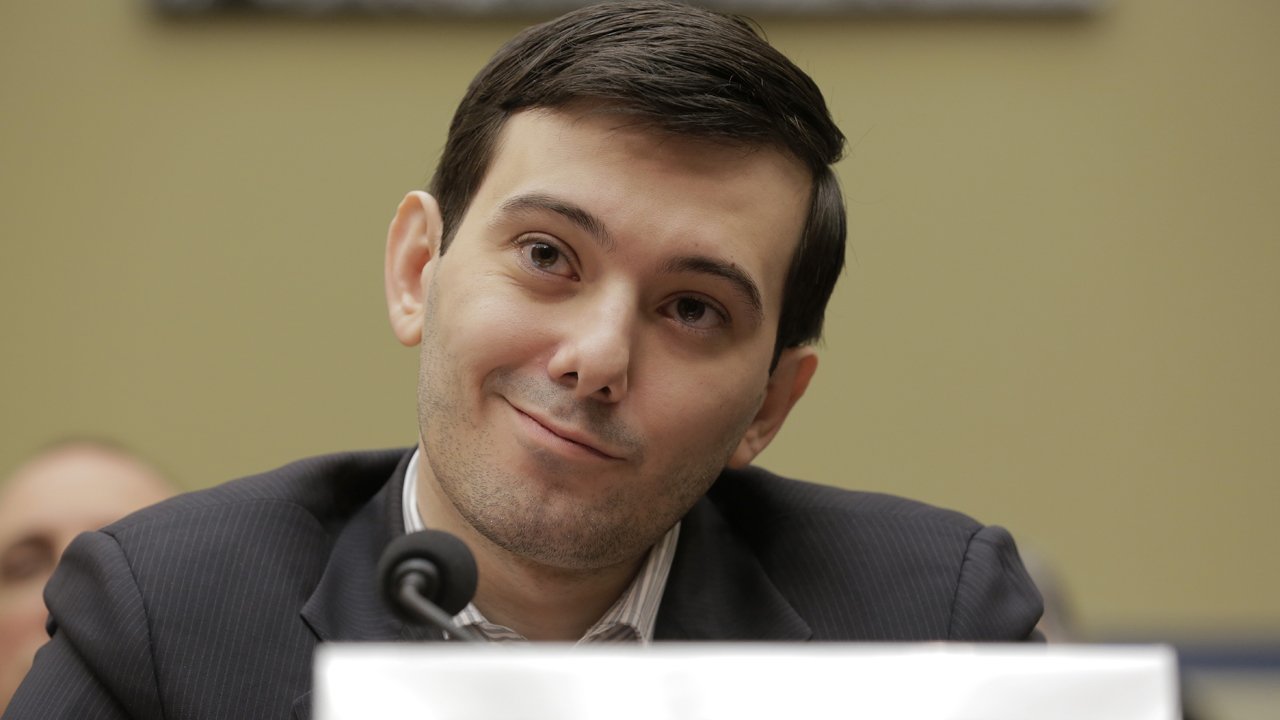 A company once owned by "Pharma Bro" Martin Shkreli will pay up to $40 million to settle allegations that it jacked up the price of a life-saving medication by roughly 4 ,000% after obtaining exclusive rights to the drug, the Federal Trade Commission announced Tuesday.

The FTC said Vyera Pharmaceuticals LLC and its parent company, Phoenixus AG, agreed to settle allegations that it gouged buyers and monopolized sales of Daraprim, which is used to treat toxoplasmosis, an infection that can be deadly for people with HIV or other immune-system problems and can cause serious problems for children born to women infected while pregnant.

"Should be a very handsome investment for all of us," Shkreli put it in an email to a contact at the time.

FILE- Pharmaceutical chief Martin Shkreli speaks on Capitol Hill in Washington, on Feb. 4, 2016. A company once owned by Shkreli, will pay up to $40 million to settle allegations that it jacked up the price of a life-saving medication by roughly 4 ,0

The increase left some patients facing co-pays as high as $16,000 and sparked an outcry that fueled congressional hearings.

The company was sued in federal court in New York by the FTC and seven states: New York, California, Illinois, North Carolina, Ohio, Pennsylvania, and Virginia.

The lawsuit alleged that Vyera hiked the price of Daraprim and illegally created "a web of anticompetitive restrictions" to prevent other companies from creating cheaper generic versions by, among other things, blocking their access to a key ingredient for the medication and to data the companies would want to evaluate the drug’s market potential.

An after-hours email message to Vyera seeking comment wasn't immediately returned. But after the lawsuit was filed last year, the company called its claims meritless and denied that its actions froze out potential competitors.

The settlement filed Tuesday requires Vyera and Phoenixus to provide up to $40 million in relief over 10 years to consumers who allegedly were fleeced by their actions and requires them to make Daraprim available to any potential generic competitor at the cost of producing the drug.

Former Vyera CEO Kevin Mulleady agreed to pay $250,000 if he violates the settlement, which in general bars him from "working for, consulting for, or controlling a pharmaceutical company" for seven years, according to an FTC statement.

The settlement doesn't stop litigtaion against Shkreli, who was dubbed the "Pharma Bro" and allegedly masterminded the scheme as Vyera's first CEO. The lawsuit filed against him by the FTC and the states is scheduled for trial next week.

Shkreli currently is serving a seven-year prison sentence for a securities-fraud conviction related to hedge funds he ran before getting into the pharmaceuticals industry.