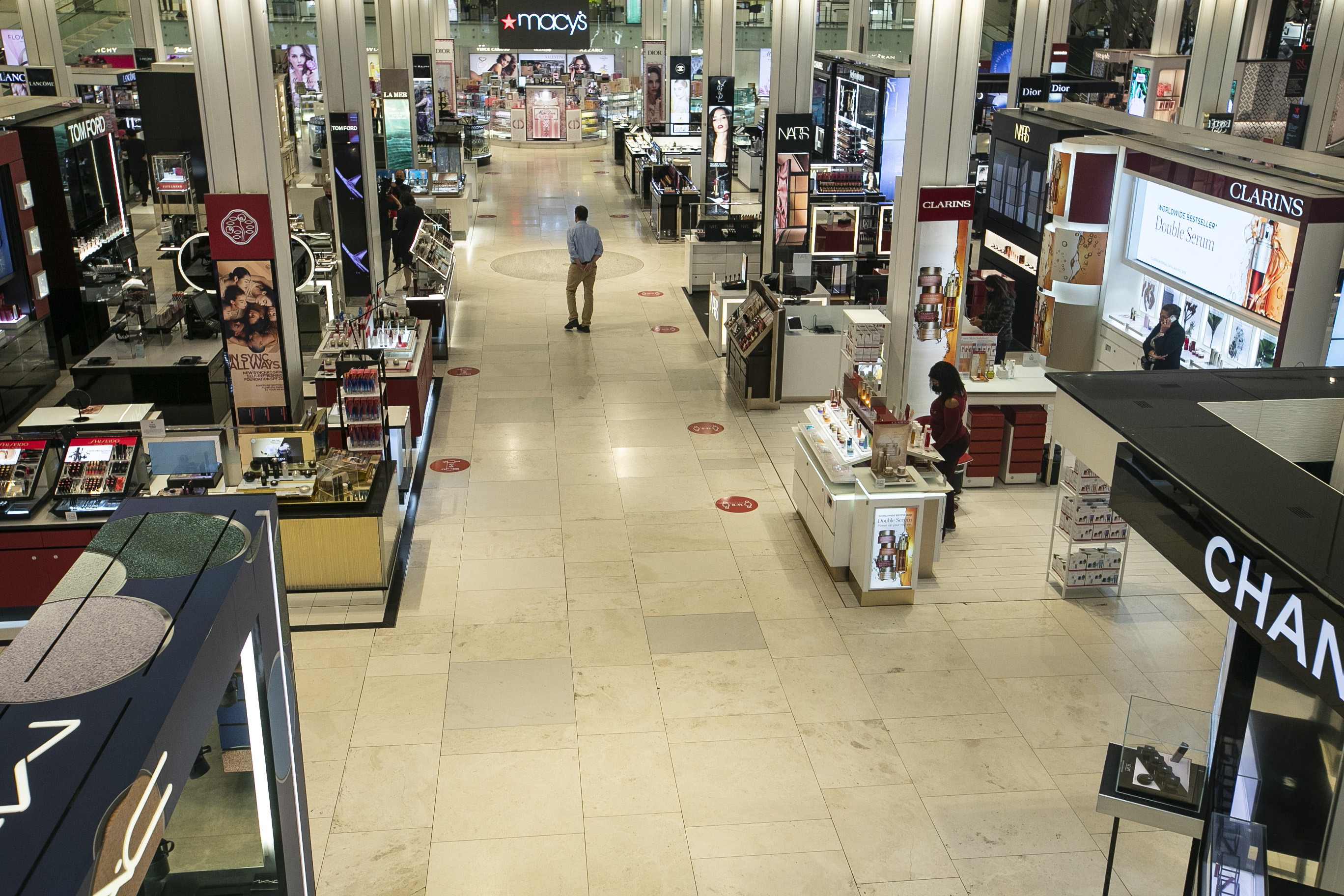 New York City advances to the next stage of reopening on Monday, as the city rebounds from the nation’s deadliest coronavirus outbreak.

For the first time in three months, New Yorkers will be able to dine out, though only at outdoor tables. Shoppers can once again browse in the city’s destination stores. Shaggy heads can get haircuts. Cooped-up kids can finally climb playground monkey bars instead of apartment walls. Office workers can return to their desks, though many won’t yet.

Workers prepare for the reopening of the Macy's Herald Square location Friday, June 19, 2020, in New York. New York City hits a key point Monday in trying to rebound from the nation’s deadliest coronavirus outbreak. For the first time in three months

The virus has been blamed for over 22,000 New York City deaths. The death toll has been in single digits in recent days. Infections are down, but between 200 and 400 people have still been testing positive for the virus each day over the past two weeks, according to city data.

The city estimates 150,000 to 300,000 additional workers will return to their jobs Monday, two weeks after reopening began with construction, curbside-pickup retail, wholesaling and manufacturing.

Monday marks just the second of four reopening phases, but Mayor Bill de Blasio sees it as “the single biggest piece of our economy,” particularly for a restaurant industry he called “quintessential to New York City.”

FILE - In this May 28, 2020, file photo, patrons enjoy drinks while standing at tables placed outside restaurants in New York. New York City hits a key point Monday in trying to rebound from the nation's deadliest coronavirus outbreak. For the first

Shuttered offices also can reopen Monday, with various new rules. But some of the city’s biggest corporate employers are sticking with largely remote work for now.

The major banks that call NYC home have mixed plans. Citigroup only has about 5 percent of its 13,300 New York City employees returning July 1. JPMorgan Chase hasn’t set a date yet for returning to its New York offices; Wells Fargo’s time frame is July 31 or later.