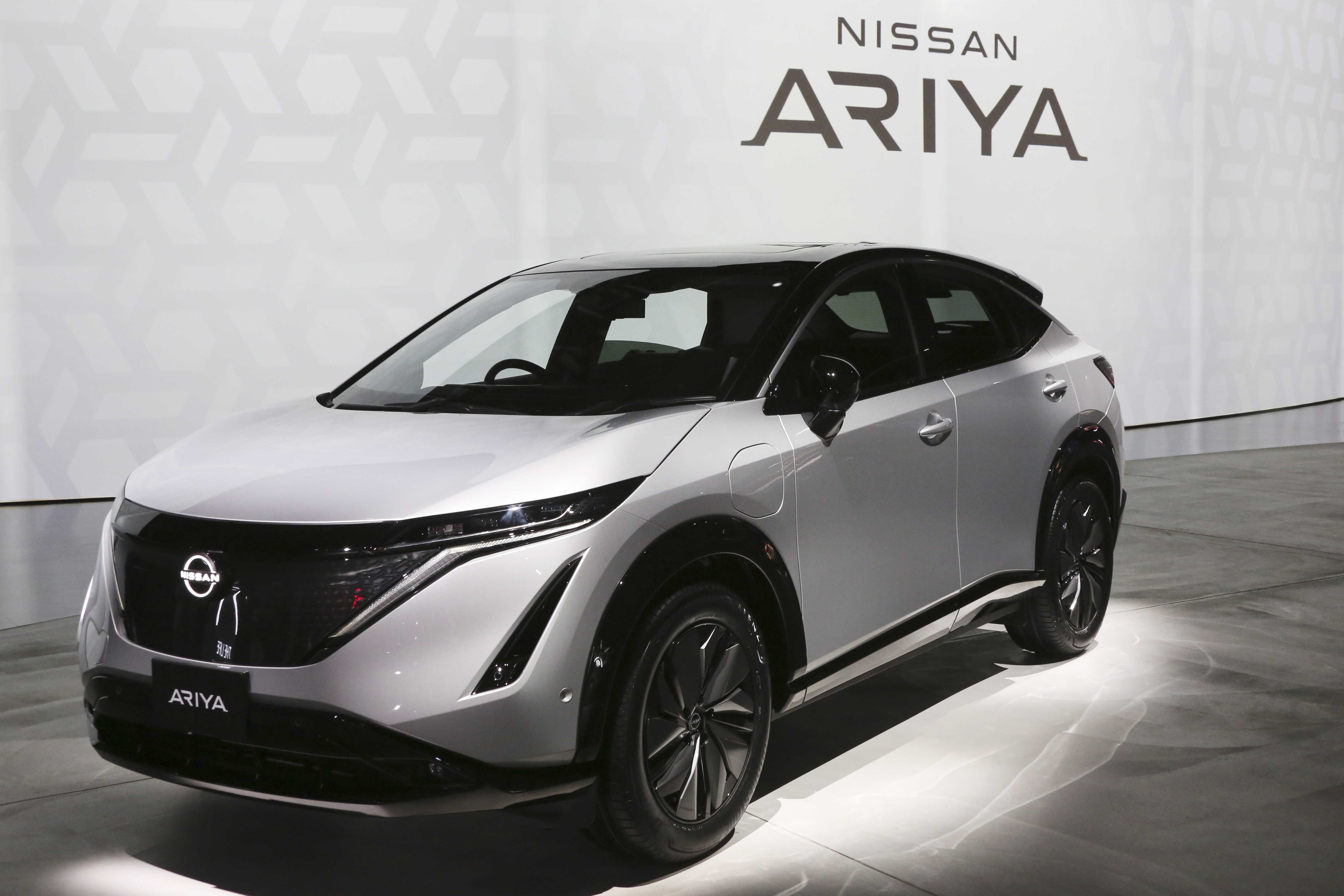 At its global premiere in Yokohama, Japan, the new vehicle, “Ariya" was billed as “a new chapter for Nissan.” The event was held online because of the coronavirus pandemic.

“I can tell you this is a no-compromise car,” Nissan Chief Executive Makoto Uchida said, stressing the Ariya symbolizes the company turning a new leaf in its business, culture and products.

“You have to drive it to feel it,” said Uchida.

The Ariya is set to go on sale in Japan by the middle of next year, and in Europe, North America and China by the end of 2021.

The Ariya comes with autonomous driving, so it will park itself and brake on imminent collisions, connect to the net and offer concierge-like services. It also boasts features associated with electric cars, such as quick acceleration and a roomy interior.

The crossover blends the muscle drive of a sport-utility vehicle with the comforts of a regular car and is one category that’s selling well even as the pandemic slams auto demand around the world.

Crossover vehicles have accounted for more than 40% of recent U.S. auto sales.

Koji Endo, an auto analyst at SBI Securities, said the big test still lies ahead, because buyers are looking for various features, such as driving performance, resale value and how easy the vehicle will be to recharge.

“But it’s clear this is Nissan’s chance to patch up its totally devastated brand image,” Endo said in a telephone interview.

He believes Tesla fans tend to be so loyal the Ariya won’t lure them away, but it might appeal to new buyers.

“Expectations can’t be higher for Nissan. If it can’t pull this one through, it’s in pretty serious trouble,” Endo said.

Nissan’s profits have tumbled, sinking into a 671.2 billion yen, or $6.2 billion, loss for the fiscal year that ended in March, its first red ink in 11 years.

The Ariya is that one bright spot in recent Nissan news dominated by the dramatic saga of Ghosn’s run-in with the law and his escape last year to Lebanon.

Chief Operating Officer Ashwani Gupta called it “a catalyst for change” at Nissan.

More people see charging a car as everyday, like charging a mobile phone, and so range is becoming less of a concern, he told reporters.

The Ariya's driving range on a single charge will be between 430 kilometers (267 miles) and 610 kms (379 miles), depending on the type of battery and whether the model has a two-wheel or four-wheel drive.

Going electric is becoming increasingly attractive as people become increasingly worried about global warming, the environment and sustainability. Electric cars can get subsidies from various governments, including China and the U.S., the two biggest markets, as well as European nations like Norway.

Uncertainty remains over how Nissan will fare without Ghosn, who spear-headed its move into electric cars while at its help for two decades.

Ghosn was arrested in Tokyo in late 2018 and charged with under-reporting future compensation and breach of trust. Ghosn says he is innocent, arguing the charges were concocted to drive him out of Nissan leadership. Japanese authorities are now trying to get the U.S. to extradite two Americans suspected of helping him escape while he was out on bail.