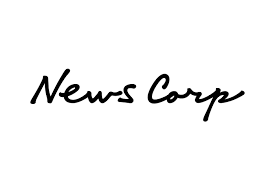 News Corp said revenue declined 7.8% in its latest quarter as strong digital gains at Wall Street Journal parent Dow Jones were offset by weakness at its foreign-news and entertainment operations.

The New York-based media company, which also owns HarperCollins Publishers and many newspapers in the U.K. and Australia, swung to a loss of $730 million from a profit of $10 million a year earlier. Results were dragged down by $1.13 billion in impairment and restructuring charges primarily tied to its pay-TV service in Australia and a coupon company that has been sold.

Revenue fell to $2.27 billion from $2.46 billion for the quarter ended March 31. The slide stemmed in part from the depreciation of the Australian dollar and British pound against the U.S. dollar, a weak print-advertising market and lower subscription revenue at Foxtel, its Australian pay-TV service. The coronavirus pandemic weighed on results in the latter part of the quarter.

“We are operating in a different, difficult time,” said Chief Executive Robert Thomson. He said that despite the onset of the coronavirus and adverse currency movements, profitability was relatively stable at the company, thanks primarily to significant digital-advertising and subscriber growth at Dow Jones, whose properties include the Journal, Barron’s and MarketWatch.

Earnings before interest, taxes, depreciation and amortization, or Ebitda, fell 2% to $242 million.

News Corp said the Journal experienced a sharp increase in subscriptions since the start of the pandemic. In the past week, the Journal reached approximately 3 million total subscribers, a record—over 2.2 million of which were digital-only subscribers.

During the quarter, News Corp continued to sell assets to simplify its business structure. On Thursday, it said it had completed on May 5 its previously disclosed sale of News America Marketing, a coupon-publishing unit, to the private-equity firm Charlesbank Capital Partners. In January, News Corp sold Unruly, a video-advertising platform, to Tremor International Ltd.

As the impact of the coronavirus pandemic deepened, News Corp laid off hundreds of staffers in Australia and the U.S., including at News Corp headquarters in New York; at the New York Post; and at Move Inc., the operator of realtor.com, according to a News Corp spokesman.

News Corp’s largest unit, the news and information-services business that includes Journal parent Dow Jones, the Times of London and New York Post, reported a 7.7% decline in revenue to $1.13 billion, reflecting a $25 million, or 2%, negative impact from foreign-currency fluctuations.

Revenue at Dow Jones increased 5%, while revenue at News Corp Australia fell 14% and revenue at News UK declined 9%. Ebitda rose 15% to $75 million, which the company attributed to a higher contribution from Dow Jones, lower losses at the New York Post and the absence of losses resulting from the sale of Unruly.

On the plus side, the company saw “strong growth” in digital subscribers across its leading properties in April.

Revenue at News Corp’s book-publishing unit declined 2.1% to $412 million, reflecting in part the negative impact from foreign-currency fluctuations and “difficult” comparisons to the prior year. Ebitda rose 3.8% to $55 million.

The digital real-estate business, which includes Move Inc., reported a 4% decline in revenue to $261 million, reflecting foreign-currency fluctuations and the impact of the coronavirus pandemic, and a 1.4% gain in Ebitda to $74 million.

Revenue at News Corp’s subscription-video-services unit, which includes the Foxtel pay-TV business, fell 14% to $462 million, and Ebitda dropped 31% to $68 million.

Write to Jeffrey A. Trachtenberg at jeffrey.trachtenberg@wsj.com