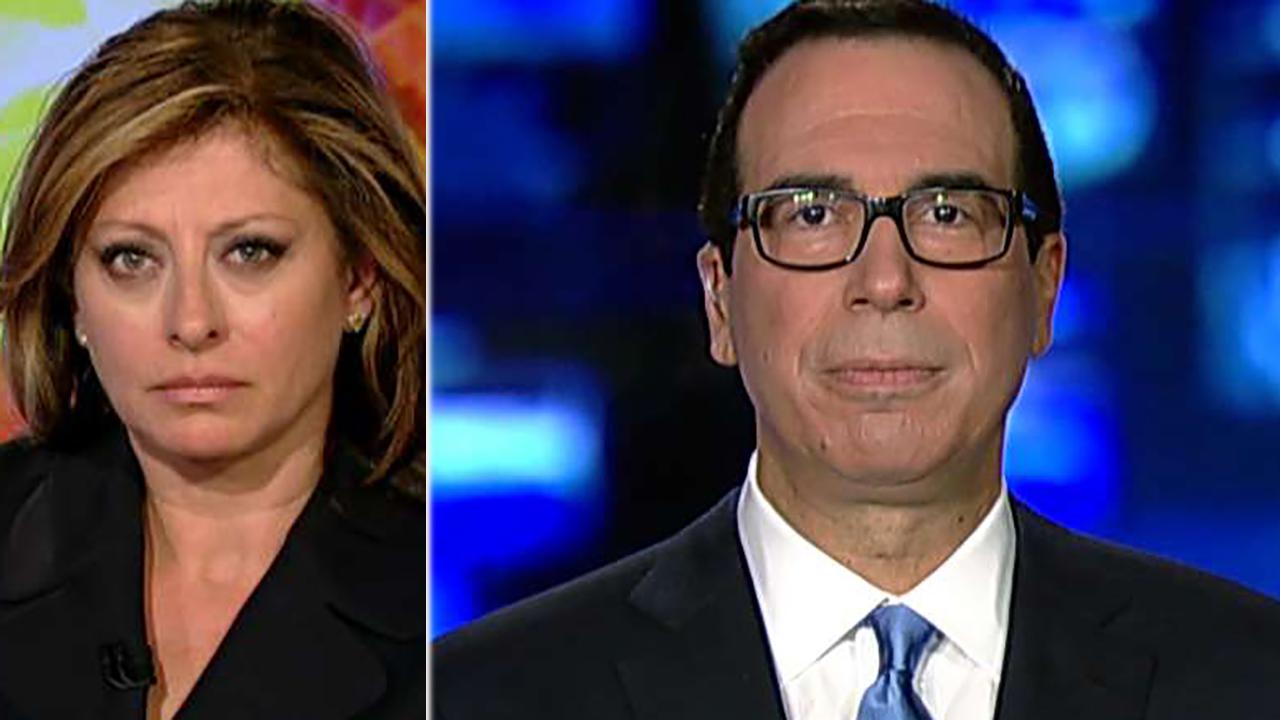 The push is underway in Congress for Republicans to pass President Donald Trump’s proposed tax reform by 2018, a high-pressure endeavor that’s only been amplified by the GOP’s failure to deliver on its seven-year promise to repeal and replace Obamacare.

“This is critical to the economy,” Treasury Secretary Steven Mnuchin told FOX Business’ Maria Bartiromo. “And I would hope that we get many Democrats voting with us.”

Republicans have pitched their tax reform plan as an opportunity to increase jobs and growth in the country. Key parts of the reform include a tax cut for the middle class and a 15 percentage-point reduction in the corporate tax rate, which would reduce it from 35 percent to 20 percent.

Concerns recently emerged that Congress won’t pass tax reform because of party infighting —  President Trump and Sen. Bob Corker (R-Tenn.) were just embroiled in a feud on Twitter —  but Mnuchin said that would not be an issue in the upcoming vote.

“I think the Senate understands the importance of this,” he said. “And I hope we get a lot of Democrats on board as well, because cutting taxes for the middle class and making business taxes competitive for jobs, I think that’s something that Democrats understand as well.”

Top Democrats have signaled that they will not support the legislation, deriding it as cuts for the wealthy. And meanwhile, some Republicans are embroiled in a debate about whether to eliminate state and local deductions, which are especially valuable to people living in high-tax states like New York, New Jersey and California.

Mnuchin said the administration currently is working with the House and Senate to find a balance between limiting the power of the federal government to subsidize state and local deductions, and being sensitive to those states’ economies.

“I don’t think it’s going to hold up the bill,” Mnuchin said. “And as you know, I’ve had the opportunity to work with the president for over the last year and a half during the campaign on tax reform. It’s been his top priority. I’ve been working on this since January, and we understand the issue of state and local deductions.”