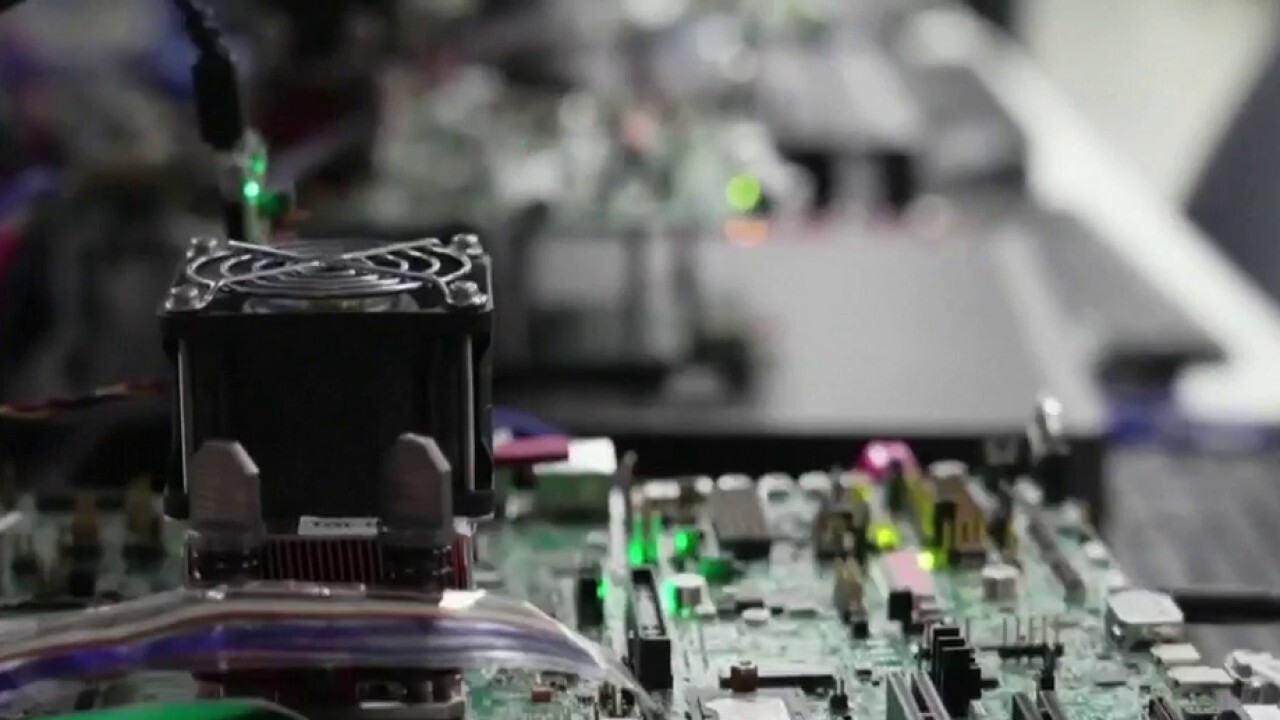 Fox News correspondent Rich Edson says that American allies like Taiwan, South Korea and Japan may lead the world in production, but says China is growing their manufacturing capabilities.

Micron Technology Inc. shares tumbled to a 10.5-month low Tuesday after a report said prices for DRAM memory chips will fall next year as supply is set to outstrip demand.

The Boise, Idaho-based Micron was responsible for 23% of global DRAM revenue in the first quarter of 2021.

"While the buying and selling sides attempt to gain the advantage in future transactions, the DRAM market’s movement in 2022 will primarily be determined by suppliers’ capacity expansion strategies in conjunction with potential growths in demand," wrote industry research provider TrendForce.

The research firm sees DRAM supplies growing by 17.9% next year, more than offsetting the anticipated 16.3% increase in demand. The combination will shift the market from shortage to surplus.

DRAM prices will fall between 3% and 8% during the fourth quarter of this year, and see a sharper drop in the first half of next year, according to TrendForce. Overall, the average selling price for DRAM products will sink by 15% to 20%.

Micron last month warned chip shipments were set to fall in the near term as its customers grappled with a parts shortage.

The company forecast first quarter revenue of between $7.65 billion, plus or minus $200 million, which was below the Refinitiv estimate of $8.57 billion. Earnings per share is expected to be $2.10, plus or minus 10 cents, which missed the $2.33 estimate.