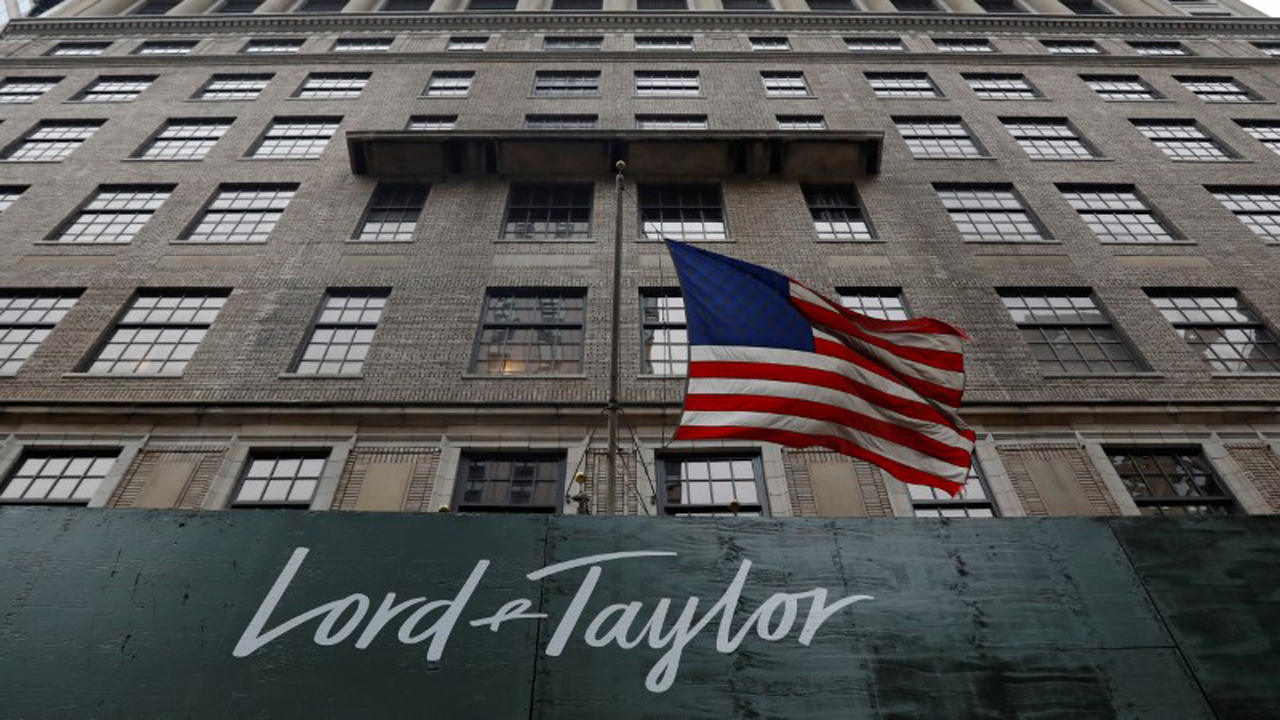 Venerable U.S. retailer Lord & Taylor plans to liquidate inventory in its 38 department stores once restrictions to curb the spread of coronavirus are lifted as it braces for a bankruptcy process from which it does not expect to emerge, people familiar with the matter said on Tuesday.

Lord & Taylor's preparations to liquidate its inventory as soon as its stores reopen offer a window into the grim future of a high-profile retailer - a storied department store chain founded in 1826 and billed as the oldest in the United States - that does not expect to survive the pandemic's economic fallout.

On Monday, retailer J.Crew Group Inc filed for bankruptcy protection with a plan to avoid liquidation and reorganize its debts thanks to an agreement with its creditors.

Retailers that pursue a liquidation hold "going out of business" sales in order to generate cash, and their stores often become magnets for consumers looking for bargains. Lord & Taylor is holding off on a bankruptcy filing and subsequent liquidation until it can reopen its stores to attract those shoppers, according to the sources, who spoke on condition of anonymity.

Lord & Taylor has lined up liquidators to help it run the "going out of business" sales and is girding to permanently close all its stores once the merchandise is sold, some of the sources said. The retailer had been exploring filing for bankruptcy among other options, including trying to negotiate relief from creditors and finding additional financing.

The sources said that it remained possible that external funding or some other intervention could rescue Lord & Taylor, and asked not to be identified because the liquidation preparations are confidential.

Lord & Taylor did not respond to a request for comment.

Its stores are primarily in the northeastern United States, which has been hit hard by the pandemic, making the exact timing of the bankruptcy filing hard to plan, the sources said. Lord & Taylor also has stores in the Chicago area and Florida.

Hudson's Bay kept ownership of some of Lord & Taylor's real estate and assumed responsibility for its rent payments, amounting to tens of millions of dollars a year.

Hudson's Bay may use the bankruptcy filing to take some of its leases back from the department store operator, one of the sources said.

FAILING TO KEEP UP

Lord & Taylor is one of the world's oldest department store operators, founded by two English immigrants on the Lower East Side in New York City in 1826. During the U.S. Civil War in the 1860s, it opened a special section offering mourning apparel for widows.

Lord & Taylor opened its flagship store on Manhattan's Fifth Avenue in 1914, and became known for upscale fashion and its holiday window display.

Long focused on upper middle class markets, Lord & Taylor once had nearly 50 locations but lost its way over the past decade as it struggled to distinguish itself from competitors Macy's Inc and off-price retailers such as TJX Companies Inc.

Le Tote acquired Lord & Taylor to expand beyond e-commerce into brick-and-mortar stores. It took on Lord & Taylor's operations, including its merchandise, online business and most of its employees.